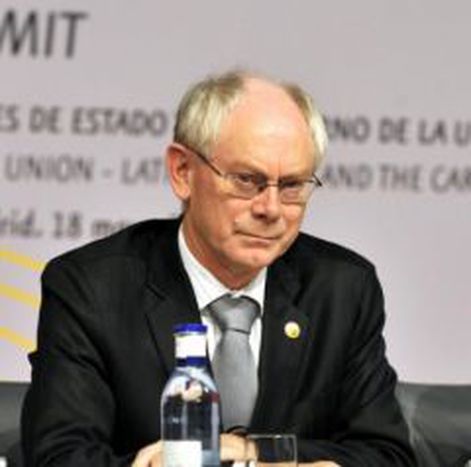 Council Summit: Set menus at both the negotiation and dining tables

By Charline Cauchie. Translated by Leo Wasley Hardly have the 27 EU leaders arrived at 175, Rue de la Loi and they are already at the table. The menu for negotiations has been known for a long time. Before the summit, its conclusions made by Herman Van Rompuy, President of the Council, were sent to the various delegations. What therefore is the point of these discussions?

Even before the game has gotten under way, isn’t the result already known? Finding out what’s on the menu for debate is easy but it was much harder to get hold of the menu for the meal that Angela Merkel, Nicolas Sarkozy and their twenty-five counterparts will be tucking into tonight on the first day of the Council Summit.

"We cannot release the menu before the meal, you will have to wait until the meal begins," the Council’s press department told us. Why so much mystery about what’s on the dining table tonight while what’s on the negotiation table seems to be already negotiated?

The outcome of the Council’s summit on Thursday 23rd and Friday 24th June is perhaps already written in a twelve-page document sent by the Council Secretariat to the various delegations of member states. Written by Herman Van Rompuy, the President of the European Council, in collaboration (or so they say) with Jose Manuel Barroso, Commission President, and Viktor Orbán, the Hungarian representative of the Presidency of the Council of the EU, it contains preliminary conclusions and red lines which seem to leave little place for negotiations.

One of the most interesting of these conclusions is the topic of migration, which is on the summit’s agenda. The draft document stresses the right of member states to temporarily close their borders when they deem it necessary. This exceptional measure is allowed under the Schengen Agreement but the fact that Van Rompuy has reaffirmed it clearly shows that some Member States could implement it in the current context of mass immigration in southern Europe. The document also states the importance of establishing by 2013 a system of efficient border control that will allow member states to have full control over illegal migration, which implies that their current control of their borders isn’t sufficient. Although these conclusions are, in theory, hypothetical, Mr Barroso is strongly against them. This is further evidence of the rather peremptory nature of the document released by the President of the Council even before the debates.

On the subject of the Roma population, it is expected that the Council will adopt the Conclusions of the Employment Council held on May 19th. We can therefore predict that nothing new will be announced on this subject. The Roma issue is on the agenda and although we should speak about it, it's far from a priority of our governments.

On Friday afternoon, at the end of the summit, we will know whether or not the red lines laid down by Van Rompuy were stuck to. For now, what’s sure is that tonight, the 27 Heads of state and government will eat scallops with artichoke vinaigrette for starter, black cod with onion ragout and green vegetables as main course and a cocoa sablé biscuit and a strawberry sorbet for dessert. Sorry, but probably this summit’s biggest secret has now been revealed.