Could neither a republican nor a democrat win 2012 US elections?

The battle’s on, it's republicans (Mitt Romney) versus democrats (the incumbent Barack Obama) for the US presidential elections on 6 November – but you know other people are also vying to be president too, right?

More than 60 outsiders (64 if in wikipedia we trust) are running the race to the white house, to claim the seat of current democrat president Barack Obama. Many of these folks, known in the US as third party candidates and independents, are only registered for the office of the president in only one of the 50 states of America. The federal two-party system means that the presidential elections is down to indirect universal suffrage; a candidate running outside can’t get a majority of the 538 votes in the electoral college (270 votes are needed for a majority). It’s a state-by-state competition.

Read cafebabel.com's special edition from the US elections in 2008, 'President-elect Obama: the US changes'

In most of these states (barring Maine and Nebraska), the candidates who get the most votes becomes president. (Remember the famous ‘winner-takes-it-all’ performance in 2000, which cost democrat challenger Al Gore the presidency? Gore won the popular vote by more than 500, 000 votes but lost the electoral college to republican presidential candidate George Bush, who won the electoral college 271-266). The number of candidates available of course depends on the size of the population in each state. The effort also implies a mass amount of funding to get television spots and other media coverage for the independents.

Four names to remember this 6 November

Gary Johnsonof the libertarian party (one of the main US minority political parties), Rocky Anderson for the justice party, Virgil Goode is running on the constitution party ticket and Jill Stein is the nominee of the green party. 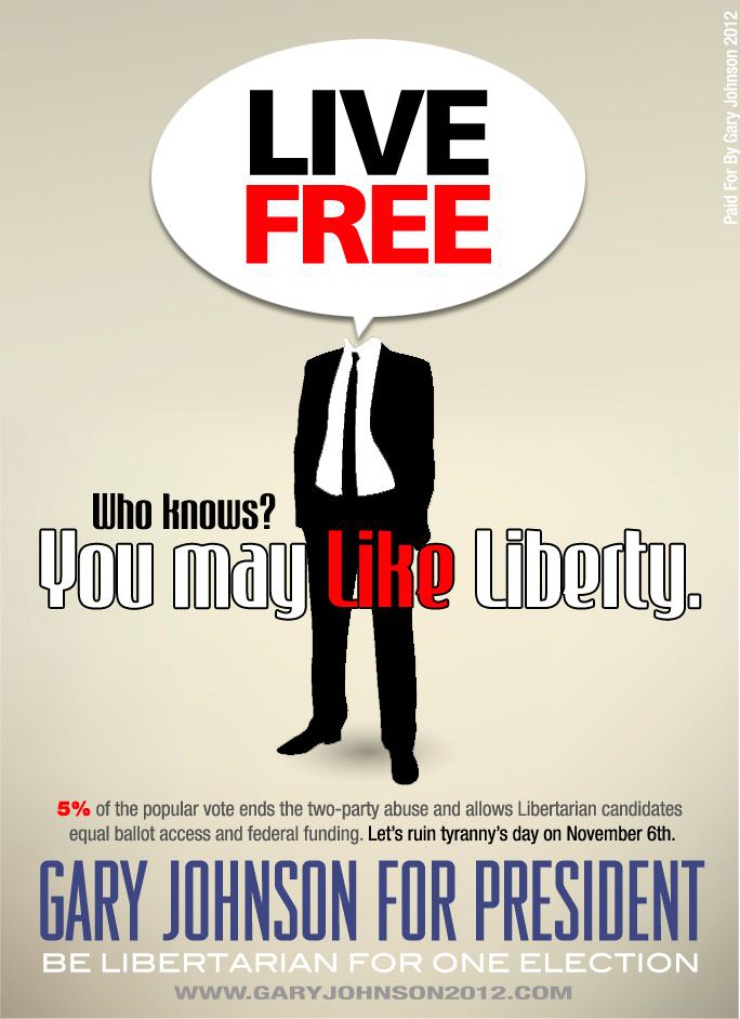 Statistically, there is no chance (except perhaps for Johnson) of these candidates being able to influence the votes, as they will only have 1%-3% of the vote. They have had barely any media attention, although they did have their own professional and serious debate which produced some choice morsels that neither of the two big heavyweights have mentioned in their own campaigns. ‘Virgil Goode wants to helps ‘Americans first’ by reserving jobs for them and closing the door to immigrants,’ blogged Lorraine Millot, a US correspondent for the French newspaper Liberation. ‘Gary Johnson promises to balance the federal budget as of 2013, which alludes to drastic cuts in public spending. Jill Stein is advising that marijuana or hemp are not dangerous medicinally…’

Jeff Boss is a 9/11 'truther' who believes that the American government, and especially the NSA, are behind the attacks on the twin towers. Boss even claims to have been a witness to preparations of the conspiracy. His bid for the presidential ticket in 2008 garnered him 601 votes, according to Politicker NJ. So if he picked up something in the ballpark again today, he’d still be around 70 million votes off Barack Obama’s mark today. Rest assured.

Pro-lifer candidate Randall Terry has dedicated his life to fighting the right to abortion. The ultra-conservative nominee has many skeletons in his own closet. He happily claims to be against gay marriage and divorce but at the same time one of his adoptive daughters fell pregnant twice before she was 18 – apparently. Another adoptive daughter left the home at the age of 16 and became a muslim. Good things always come in threes, hence his son came out in a magazine. For good measure, Terry was divorcing his wife to marry a 25-year-old. Ah, America. 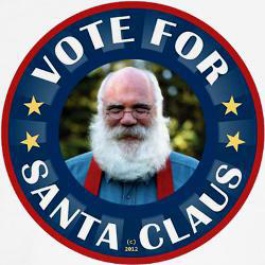 If we told you that Santa Claus was running as an independent in Maryland and West Virginia, would you believe it? He promises that that is his real name and defends ultra-liberal ideals and the rights of children. Just like the real father christmas.

Lastly, we’ll throw Keith Russell Judd into the ring, a former prisoner who was banned up at the age of 17 in 1999 for threats of extortion. Nevertheless he got 41% of the votes in the primaries for West Virginia in 2012 – and he was up against Obama.

These ‘amateur’ names may have been beaten in advance, but they’ve shown a hell of passion and engagement on the way to the exit door. We’d have to go back to 1850 anyway to see a non-democrat or a non-republican become a president of the United States of America.