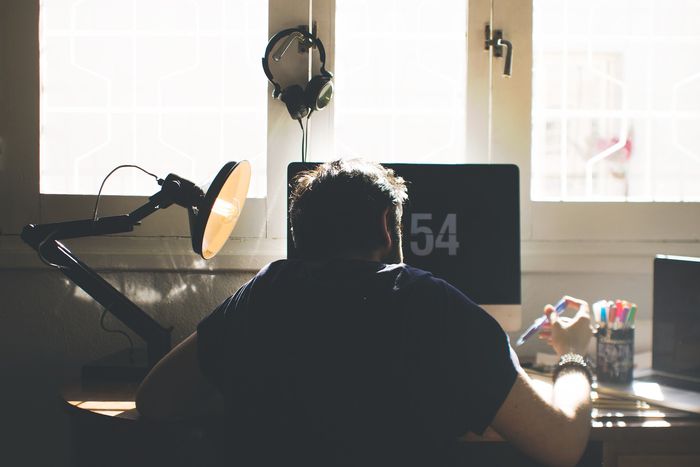 Could Liberté Living-Lab be the future of start-ups?

These days it's hard to ignore civic tech - a collective term for the startups and platforms that seek to provide solutions to social, economic and political problems. In Paris, Liberté Living-Lab is looking to support a new sort of startup.

A few months ago, in the heart of the Sentier quarter of Paris, a Hausmannian building was entirely renovated by its brand new occupants - with a resolutely contemporary design to boot. In this neighbourhood, which was historically a textile manufacturing district, these innovators take a very different approach to their work compared with those of the "old economy": using innovative algorithms to offer solutions to present-day socio-economic, political and social problems. One might describe Liberté Living-Lab as an incubator that nurtures and develops startups. The two co-founders of Liberté Living-Lab founded similar initiatives in the past, which supported six startups, before they decided to launch a new project.

However, communications manager Rudy Cambier refuses to call Liberté Living-Lab an incubator: there, startups are only accepted if they intend to work for the public good. Those who are overly concerned with profit growth, or whose services or products aren't useful, are considered persona non grata. Here, startups don't ask precarious workers to mount their bikes and deliver meals on wheels in return for a meagre salary. It's hardly surprising that the Bob Emploi team decided to make one of the building's open offices their home. Bob Emploi is a French start-up with a big dream: reducing unemployment through their innovative website, whose goal is to connect job seekers directly with employers. The fact that Pôle Emploi is now a partner proves that it has made quite a name for itself.

Those wondering whether the enterprise practices what it preaches needn't be concerned; Liberté Living-Lab sets itself apart from traditional incubators by virtue of the fact that they don't have a stake in the capital of the companies they incubate. How, then, does this private organisation financially support startups while adhering to these ethical principles?

The answer can be found in Liberté Living Lab's second service. Apart from supporting developing start-ups, they provide consulting services for "old economy" corporations such as banks or energy companies on digital matters. It's not uncommon to encounter "intrapreneurs" at the premises: employees of large corporations who are assigned to work on innovative projects for several months in order to improve the company's digital culture. But what do multinationals hope to learn from Liberté Living-Lab that they can't from other consultancy firms?

"Our aim isn't to sell turnkey digital development strategies; what we hope to do is familiarise businesses with the new realities of the digital era. It isn't about consulting, but acculturation," explains Rudy. This "acculturation" involves an element of both human and technological resources. On the tech side, the focus is on introducing traditional businesses to the opportunities afforded by models like Big Data, the Cloud or even Deep Learning. As for the human side, it's about showing businesses how the ways that people work could be completely transformed, at a time where digitalisation challenges the image of the sedentary employee subjected to fixed hours and locked in a top-down hierarchy.

And what better way to "acculturate" these businesses than by facilitating exchanges between them and representatives from various startups? During the Human Resources workshops, representatives from traditional businesses are given the opportunity to talk to members of Mangrove (a startup which is trialling a new way of working that focuses on collaboration and personal fulfilment). A fitting choice, considering the organisation's objective is to redefine working relationships.

The culture of cool

If with its economic model and ethical ambitions, Liberté Living-Lab distinguishes itself from what Rudy describes as "the Californian model" - the method of startup management that is focused on the quest for growth - then it remains faithful to a large number of codes and practices that are popular in Silicon Valley. With open offices, kitchens, meditation rooms and rooms full of books selected by each resident, the boundary between the workplace and the living space has become blurred. Everything has been designed and thoroughly thought-out to encourage collaborative work. Relationships between residents very much lend themselves to the "cool" culture: hierarchical structures are reduced to a minimum and residents can set their own rents. All client consultations at the acculturation workshops are conducted verbally - nothing is formalised in writing. Liberté-Living Lab also endeavours to raise awareness of the challenges of the digital world among the general public, by regularly opening their doors to the public, running conferences and screening documentaries.

But this outreach effort also exposes one of the limits of civic tech. At a time when many are promoting empowerment, can civic tech really provide solutions to social and economic problems by getting computer scientists and entrepreneurs on board, but without actively involving the general public in methods of analysis and the development of solutions to the problems that first and foremost concern them? An Uber customer has little reason to show an interest in the algorithms that enable them to get from point A to point B, but people using job search apps, or applications aimed at improving political representation, are legally entitled to know how such apps work, or even play a part in their design. If they are refused, civic tech could fuel more doubts than enthusiasm.

Other questions concern Liberté Living Lab's ability to reconcile its (very French) approach, startups' overly fussy selection of residents and their idealism with a business culture that is specific to the world of startups. Start-ups that have been successful in the past owe some of their success to Anglo-Saxon pragmatism, which favours flexibility when it comes to objectives and specifications. Whether civic tech will prove to be a passing fad or the beginning of a lasting phenomenon that will have a significant impact, Ruby Cambier stresses that Liberté Living-Lab remains, for now, a "gamble."