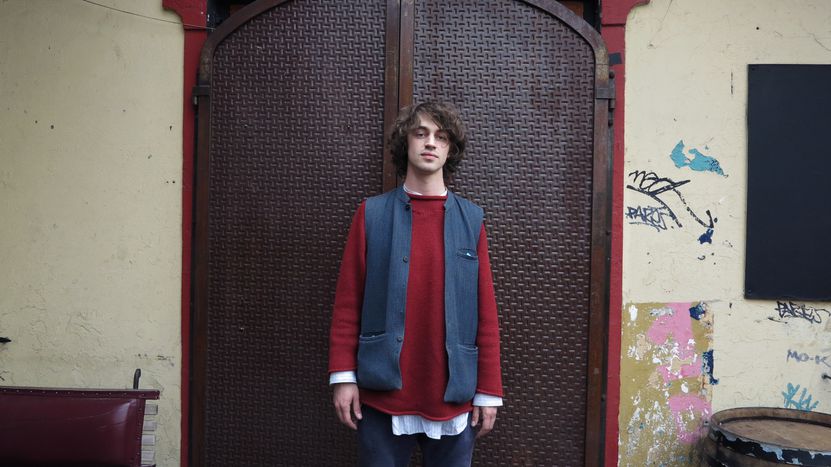 Cosmo Sheldrake: in search of a lost time

Passionate about the noise that surrounds him, in his EP, Pelicans We, the London musician gives life back to sounds made by rare or endangered species. Similar to a collage, Cosmo Sheldrake's music is above all a "documentation" of what might not be heard in the future. From whales to lost rivers and holes, an interview with an odd bird.

Cosmo is worried. Tomorrow is his girlfriend's birthday, who is annoyed at him for staying here, in Paris, supporting Unknown Mortal Orchestra. But an hour before appearing onstage in the Flèche d'Or, the boyfriend opens some beers and raises his shoulders. "I'll make it up," he says. "I'll buy her flowers and I already planned to write her a song with the sounds I got on the train."

Cosmo Sheldrake hunts sounds. Everywhere, all the time. The London artist then logically uses his recordings as the structure of his pieces and of his EP, which came out recently, titled Pelicans We. From one track to another, we hear the sound of a fly that he captured in the Bulgarian mountains or that of a fish, from a fishing boat in Sussex. His favourite? "The one I use the most: the sound of slate crashing during a trip to Wales," he specifies, imitating the sound of the rock. Very few people have been able to put a name to what Cosmo does. All the better, because he isn't able to himself. "The only thing that I can equate what I do to is collage. I glue many sounds, many influences, I telescope them."

The sounds he gathers along his many travels, wielding a classic recorder that never leaves his side, don't make up the entirety of his pieces. The rest, Cosmo Sheldrake performs with instruments. More than 30 at the last count. Enough to easily earn him the epithet of "one-man orchestra." But no. "I don't know where that number comes from," the artist thunders. "I use many instruments to write my songs, with more or less ease, but I don't play 30 instruments, far from that. On the other hand, I collect them." With a tobacco pack in his jacket pocket, his shirt sleeves scruffy, and his hair falling in front of bright eyes, Cosmo could channel the millenial's version of the mad scientist. Every time that he cites an instrument, the 25-year-old has the need to mime the way it is played. Every time he cites a species of animal, he needs to imitate the way it sounds. We now know that a millenial bird can whistle like a steam kettle and that a sculpin makes the sound of a honking bus.

Cosmo has tried to summarise this passion for sounds during a TedX presentation in London titled "Interspecies collaboration." Invited by a friend, the musician had come to speak and play the sounds that the holes in England make. Some laughter in the room, but a key idea: we need to preserve these types of sounds as our heritage. Protect the disappearing sounds to save them from amnesia. He says: "I remember a guy, who said he had in his possession a bird that today has disappeared. He remembered the way it sang and was able to whistle it. So, he recorded it. It's fortunate, because otherwise, that sound would have been lost forever." According to Sheldrake, music exists thanks to its sounds, but these sounds also tell a story, "a documentation." During his concerts, the musician often breaks down his pieces to explain where they come from. Tonight, onstage, Cosmo will explain that the sculpin sound that he uses came from a recording of the American army, from the Cold War, to distinguish the fish's sound from that of Soviet submarines. 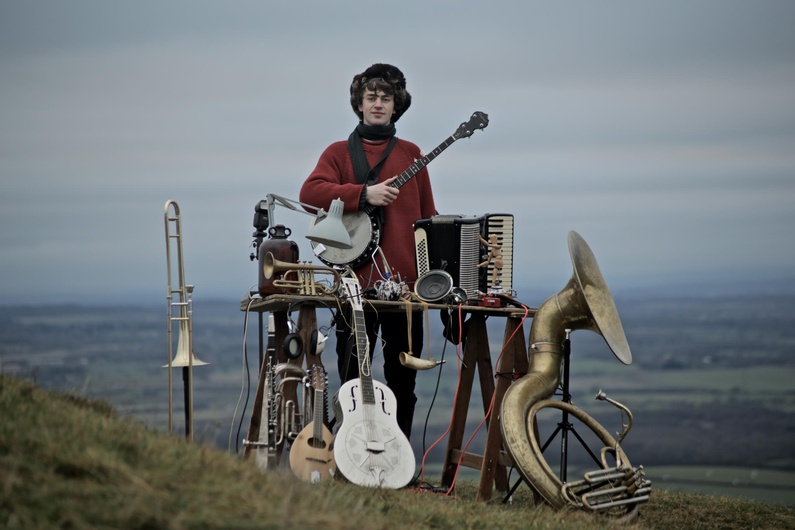 To be able to evoke this kind of anecdote, Cosmo took anthropology courses in London and travelled a lot to meet other cultures. Really, he benefitted most from an environment favourable to meeting other cultures. His father, Rupert -- a well-known and controversial biologist -- helped him to fine-tune his research of endangered species. His mother, Jill -- singing teacher and therapist -- showed him the mysteries of Mongolian voices and world music. In a calm family home, in the upscale neighbourhood of Hampstead, Cosmo observes and listens. "We left for the country often as a family, birdwatching. That's how I started to learn their language," the young Londoner remembers. Often, the animated discussions at the dinner table feed his pieces. When his brother, also a biologist, talks to him about his obsession with tardigrades, the musician immediately wants to make them sing. "These are incredible beings," the artist says passionately. "They can resist extreme conditions, like a vacuum, boiling water, or absolute zero (-273.8 °C)!"

"Blood coming out of the ears"

It's hard to contain Cosmo Sheldrake when he's in the role of the solo artist. In the city, the young man is a music teacher, theatre composer, a member of the group Gentle Mystics and... a volunteer. In 2013, he participated in campaigns in Europe and North America to make young people more aware of ecological issues. If he takes advantage of this to meet ornithologists, he also sharpens a new thought, one based more than ever on sound. "The sound of the world is very important to organisms," he explains, rolling a cigarette. "Murray Schafer explains in his great novel, The Sound Scape, the tune of the world, that there is too much sound pollution. In England, I think that there is only one place where one can escape this noise pollution, without traffic, without anything, and it's north of London. It's incredible. I can't stop reading articles about bottom trawling and its effects on marine populations. Last time, they found 30 whales smashing into each other. They had blood coming out of their ears."

Angry, Cosmo? "Yes, but luckily! Anger motivates me, it inspires me. I don't understand how we can't not be angry when we see such atrocities around us. People can't keep living like this. They could at least be conscious of the consequences of their actions. Be more responsible." In the next few days, the young artist will again turn his back on the cruel world to pay attention to what is in the middle of disappearing. The artist's next project is about the lost rivers of London, "those that are now buried underground. My home and my school are more or less built on top of one of them. I will try to bring them back up and extract their sound. The sound that we forgot."