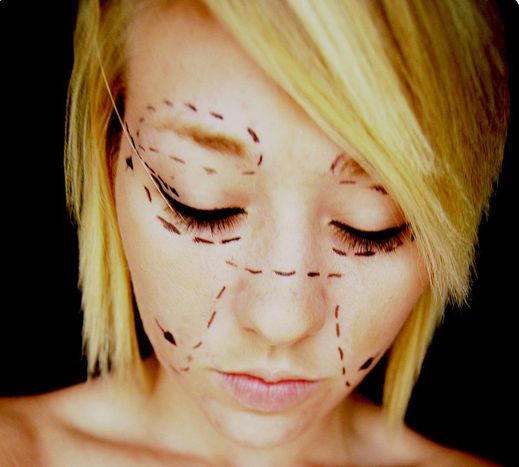 South Korea has the highest rate of plastic surgery in the world. An English teacher in the small southern town of Jinju discusses eye-widening, skin-whitening and the 'West is best' ideal that prevails and torments Koreans

In the classroom, conversation changes pace.  A boy on the back row raises a hand.

The students murmur in agreement. In Jinju, there's little doubt, and standards of beauty are strictly prescribed. Wide eyes, with the European double-lid, are a must. I'm told that being tall helps. The shopping list goes on, but the class is agreed: West is best. Rates of plastic surgery are the highest in the world, and for a new generation of students, beauty comes boxed.

But these are no socialites. Jinju is a small town in the south, about the size of Leicester, and the students are largely working class. In school, eye-widening and double-lid surgery are as common as braces, and for Korean high-schoolers, plastic is the graduation present of choice. Last year alone, 700, 000 cosmetic procedures took place in the Republic. Fifteen percent of women nationwide have undergone surgery; the figure rises to twenty percent in Seoul. Whatever we think of Silicon Valley, the nip-tuck, and the nose-job, when it comes to cosmetics, the US lags behind.

‘We want to be white’

Looking around, it's no surprise. To understand Western influence, you have only to watch the wildly popular Girl's Generation on YouTube. The singers are oddly pale, and it isn't the lights. The K-Pop stars are bleached in post-production.

‘We want to be white,’ says a boy. He and a friend joke, and hold their arms to mine. The comparison is comic, but the point is serious: many Koreans are uncomfortable with their ethnicity.

One example sticks: in class, each student carries a photo-ID.  Without exception, the images have been doctored - the skin is milk-white, jaw-lines defined, and, of course, the eyes are widened. The effect is eerie - in the search for a Western ideal, the students look remarkably similar. White on a white background, the class ignores their natural differences in favour of an artificial similarity. 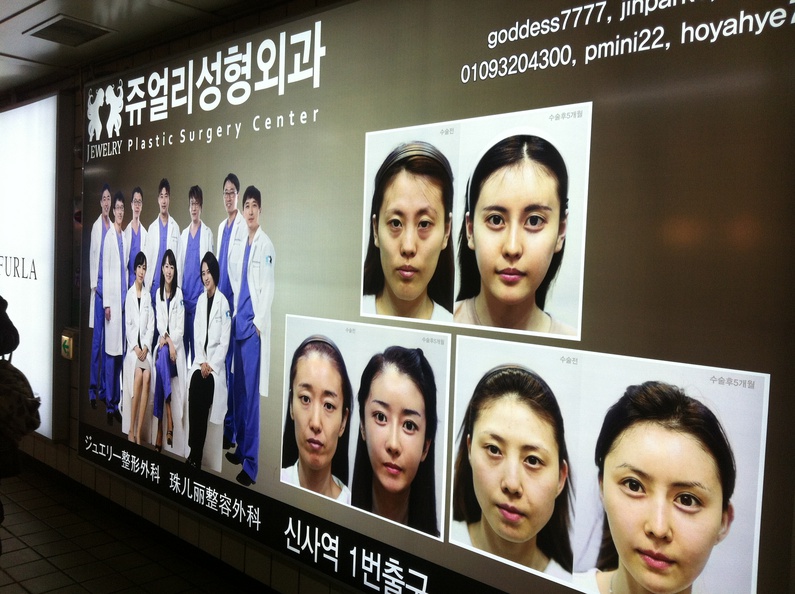 The irony, of course, is how little the West corresponds. The class listen, visibly shocked that dark hair is considered attractive. Pale skin, I reveal, is particularly ugly. The students point at my freckled arms, "I will move to England!" one declares, and the mood brightens.

The rise in cosmetic surgery, and the bleaching of skin on film, are harmful in much the same way as the tanning salon, or the tabloid obsession with weight. Both the UK and the Republic of Korea cling to standards that are neither healthy nor attainable. Learning to accept oneself, regardless of cultural expectation, is a difficult task; despite this, some students are beginning to think differently.

"I prefer natural beauty," says a girl at the front, quiet for much of the discussion. "No surgery, no change."

She looks at me."Even for pale skin."