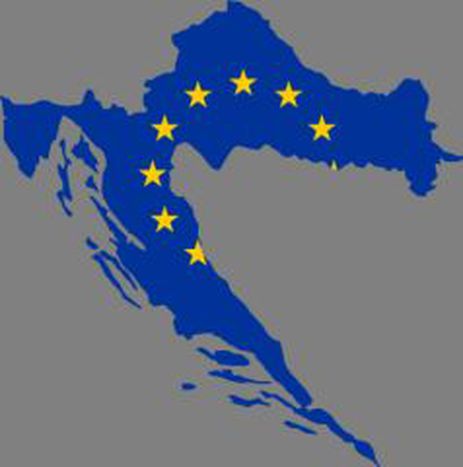 By Masha Tarle The talks are over. Croatia will be Europe's lucky number 28 in two short years. But when people started congratulating Cafebabel Brussels' resident Croat Masha Tarle, she wasn't sure how to feel... For the last 7 years, a number of Croatian government officials, EU officials and politicians have worked hard to get Croatia where it is now.

The country has finally concluded accession negotiations and is getting ready to become the 28th EU Member State in 2013. But when acquaintances in Brussels started congratulating me at the beginning of the month I was not sure whether to be happy or worried.

For now it remains to be seen what the Croatian people will say about accession when asked in a referendum that will take place later this year. Will they share the delight of the Croatian government and the self-satisfied smiles of Brussels-based officials?

The next, decisive step will depend entirely on Croatian public opinion, which has been (in)formed on the issue in the last years. Or so it seems. Actually, it turns out that as soon as all the negotiation chapters were closed, the European Commission and the Croatian government “opened” a new one: communication about accession, both with the Croatian people and the EU Member States.

For the Croatian government this may well be the classical mistake of overlooking communication until the very end of a political process. Yes, there is already a campaign in the media which uses humor to dispel prejudice against the European Union. But there are grass-root movements that campaign against Croatia’s accession to the EU that are even stronger.

And these have been around for longer. The anti-EU movement is often simplistic and populist, but judging from the videos posted on YouTube, “Likes” on Facebook and the appearance of its spokespeople in the Croatian media, one could say it has quite a following. So, even if Croatia’s government works feverishly on communication these next few months, it will not be easy to catch up with the popularity of already established voices that have been rejecting the idea of accession for many years now.

For the EU, it's a different issue: surprisingly, the commission assumes that there is no need to convince the Croatian people to join the EU. In a recent statement, Herman van Rompuy even claimed that a club that attracts new members must be in good shape. "The EU is sexy" (yes he said it, and no-one seemed at all surprised).

But from a communication-based perspective, the EU is playing the sexy card in the wrong place at the wrong time. If the EU wants the Croatian people to vote “yes” to accession, they should first understand that a club which does not make any effort to convince potential new members may not be in such good shape after all.

If the EU really wants to play sexy, let it persuade and seduce the people instead of providing dry information and hoping for the best.

The EU as a supranational roof: a narration of reconstructing the Western Balkans