Constructing Dubai - the poor side of the city

Dubai glitters - fair enough. But the sparkling traffic lights on Sheikh Zayed road, luxurious hotels, villas, shopping malls, cheap gold and diamonds renowned for their quality-to-price ratio are not all there is to Dubai.

The burden of work required to support this overwhelming splendor of the United Arab Emirates lays heavily on the shoulders of 3 mln migrant workers, majority of whom come to the Emirates come from South East Asia. To construct a full image of Dubai one needs to be able to understand the contrast between decadent sumptuousness and utter poverty.

Why you should avoid becoming a construction worker in Dubai

If you were ever considering it - drop the idea. An average pay in construction in the Emirates is over 10 times lower than the overall average income in the UAE ($175 per month for a construction worker, $2106 per capita per month overall). Plus no proper health care, no proper housing and no proper working conditions (until recently, the construction workers even had to work in the 45*C noon heat!). And if you do not like your working conditions - too bad for you. Labor Unions are not allowed in the UAE, even though the Emirates are a member of the International Labor Organization (the UAE government conveniently did not sign the parts of agreement that deal with freedom of expression and the right of freedom to convene and the one that prohibits forced labor). Working in construction in the Emirates is even less attractive if you consider the weather - during the summer the heat is unbearable. I spent a vast majority of the month of August inside - even the nights were too hot to walk outside without instantly getting dehydrated. 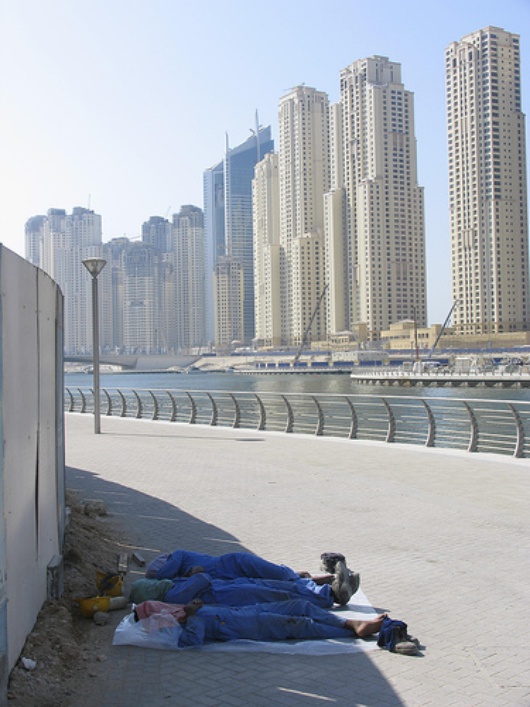 Naif street - the IndiaTown of Dubai

I have not yet seen a Chinatown in Dubai. But when I needed a copy of my key done, the locals scribbled down the name "Naif Street Bus Terminal" on a piece of paper. When me and my friends finally got out of the cab in the desired location, at 8 pm one Friday evening, it felt like we were no longer in the Middle East, but more like on Canal Street in New York (the heart of Chinatown). It was the smell that hit me first. A hot breeze of sweat, decomposing food, humidity and car fumes. Then it was the lights - the neon white lights inside small shops - all of them illuminated to the extent that it hurt to look. Then the noise - Imman's powerful prayer-call drowned by hundreds, thousands of voices: "Come in Miss", "Come look", "Come look". Not interested thank you. The streets are so narrow they only allow cars to move in one direction, sweaty men (there were hardly any women in this commercial center), constant invitations to come in, one star hotels. Most people look like they come from India or Pakistan. After half an hour I finally found what I was looking for - we found the key-specialist. The metal cried out loud when its new shape was forced by the key-cutting machine.

On the way back me and my friend got lost trying to find our way to the Mosque near which our taxi dropped us off. We got disoriented, because we could hear the prayer all around us - there were too many Mosques and loud speakers transmitting the melodious incantation. A somewhat dissonant choir.

In confusion we wondered about the neighborhood. Narrow streets with stuffy air. Butcher shops, where lamp and beef pieces was hanging on dangerously looking hooks. Surrounded by dangerously unsanitary hordes of flies. The buildings were covered with a thick layer of dust. As were the sidewalks. Laundry hanging out of sad buildings windows looked like white flags signaling surrender. We saw few women, dressed in black burkhas, who passed us by. I knew the men were looking at the bare skin on my legs, my arms and my uncovered blond hair, but I got used to the stickiness with which men examined me here. Yet the place was not gloomy. It was lively. Those who lived in these, I thought - unacceptable, conditions seemed completely unaware of the fact that 10 minutes away others lived in ocean front villas. Was it the construction workers who lived there, or could it get worse than that? It is the poorest and most unsanitary I have seen so far, so I assumed this was indeed the case.

Finally we saw an inviting shape of a wooden arch - usually an entrance to a soukh (local name for a market). We entered. It was all gold and diamonds again. I felt I returned to Dubai. We were in the Golden Soukh. 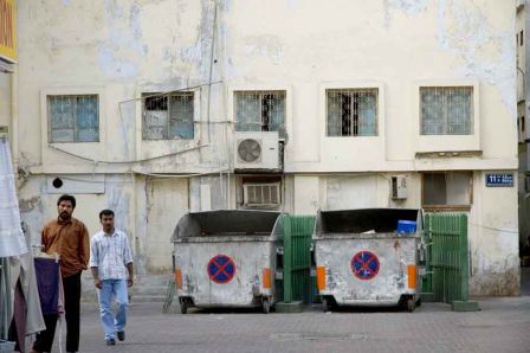 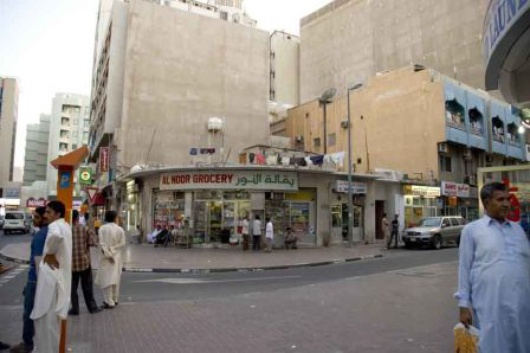 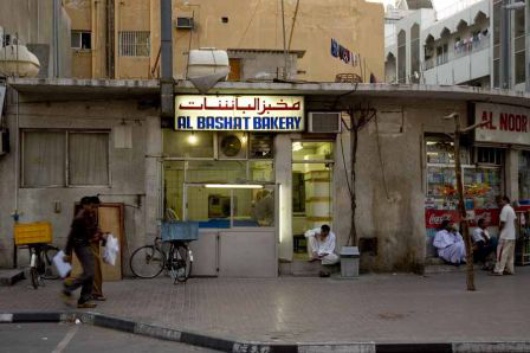 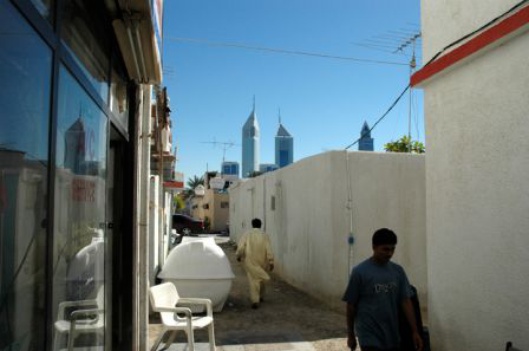 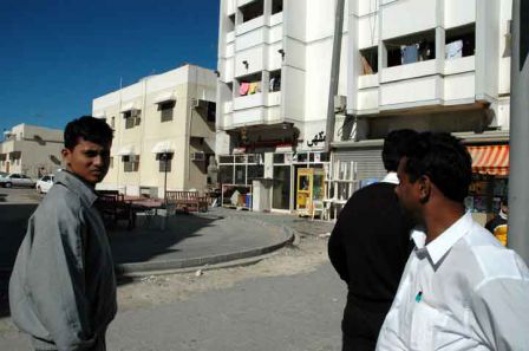 Photos of the of the Shindagha and Satwa areas, courtesy of Professor Yasser Sheshtawi. These areas are, like Naif street, the poor neighborhoods of Dubai.

Thoughts on the taxi ride home

On my way home I passed dozens of towers, in the process of being constructed. I heard somewhere that 15% of world's high towers are being built in Dubai right now. The work is done night and day. As I looked closely I realized that the cranes were indeed still in motion. Up and down, up and down. It is incredible to realize how high the price of this success is. I would love to see the skyscrapers go up in Warsaw at the pace they do in Dubai. But I reckon I could not suffer to see my people, or in fact - anybody, work under such conditions to meet these ambitious goals. 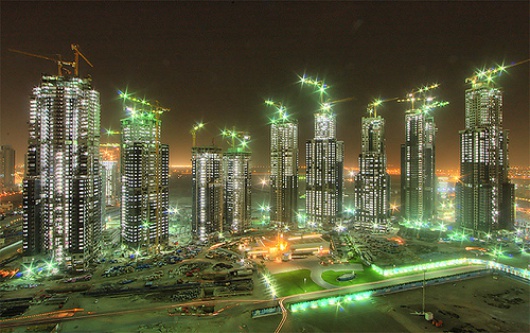 PS. Here's a great photo essay on migrant workers in Dubai, by Human Rights Watch, if you're interested in the subject: