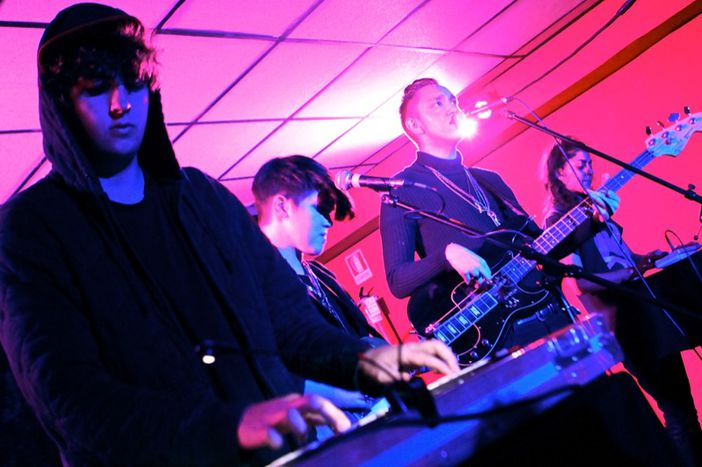 They count Courtney Love as a fan, they're one of the groundbreaking new acts of 2009 and among the most innovative bands of the late decade. As the band of twenties return to their European tour today in Angouleme, one fan remembers how, in spite of wild winds, the Danish hoards flocked to catch a glimpse of the Wandsworth trio

Second night in, second sold out gig on Danish turf for the revolutionary English indie-rock group of the year, The xx. Hundreds of fans battle the unrelenting wind to gain entrance to VoxHall, the music venue in Aarhus. The stage here is regularly graced with the presence of big international artists and is second only to Vega in Copenhagen. Dozens of Ray-Ban wayfarers and checked shirts suggest that the Aarhus in-crowd have arranged to meet up at VoxHall tonight. Amongst others, the diverse audience includes musically up to date forty-year-olds and youngsters with musical taste beyond their years. 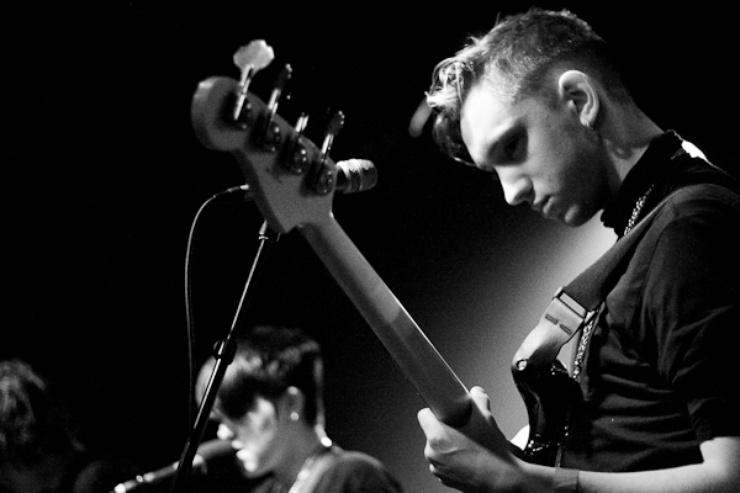 Oliver and Romy in concert 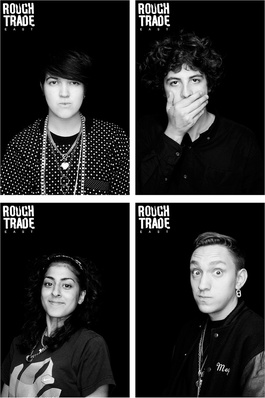 On the early leg of this European tour, it’s up to the Canadian electropop duo New Look to warm up the crowds for The xx, who formed in 2005 and are friends of the likes of Micachu and the Shapes. Meanwhile the alcohol intake of the audience looks set to rival that of any great Danish weekend. The London trio take to the stage at around 10pm. The two voices of Romy Madley Croft and Oliver Sim, a guitar, a bass, a keyboard and a drum machine. Following the permanent departure of guitarist and keyboard player Baria Qureshi in November 2009, it’s now producer Jamie Smith who masters both the beats and the keyboard. He creates a canvas for Romy and Oliver’s voices to adorn, in turn, with soft patterns of cosmic melancholy.

The audience is riveted by the look in Oliver’s eyes. In spite of his young age - the band are all aged 20 - he certainly seems to know all the tricks to attract the girls. One girl to my side certainly agrees. Romy’s lesser scenic impact enhances her shadowy figure; she’s dark and subdued like the lyrics of their songs and her voice is soft with sharp tone. It enlightens me to the solemnly paced intro to VCR (the next single to be released), reminding us of the gloomy eighties atmosphere of New Order’s Ceremony. The songs follow one another fluidly, tracing the outline of their 2009 eponymous album on the Young Turks label, xx. With very few breaks, the music stops only for Oliver to thank the audience and introduce their cover of London singer Kyla’s Do You Mind. They give genuinely great singing performances and impeccable instrumentals, especially when you consider that it’s their debut album and their first tour as headliners.

It’s such a shame then that both voices and bass are amplified to such excess. This, especially the beginning of the gig, damaged the background noise and upset the well balanced sounds of the garage-recorded album. It's a good gig which lacks that certain something that can make the difference between an enjoyable show and a true spectacle. Perhaps it’s just a lack of experience, the ability to animate the lyrics and carry the spectator off into a world of music, even with the inherent sleepy nature of The xx.

So, what at times is a perfect atmosphere created by the interplay of voices, is then violated by the audience’s invasive reprise. The band concentrate far more on the pleasure of singing and listening to themselves than immerging themselves in the performance, which just leaves them looking apathetic. It’s only just past 11 when the lights are turned out and the three Londoners leave the stage, without even granting us an encore. We leave too, after a bit of hanging around. After all, like their name suggests, The xx are only 20 and if NME magazine had given my album second place on the list of best albums of 2009 and named my band one of the most innovative of the decade, I’d hang around too. Though a recent twitter post from Romy on 10 February suggests otherwise: 'To NME, thankyou for hugely misquoting me in the latest issue!! i didn't say half of those things.'