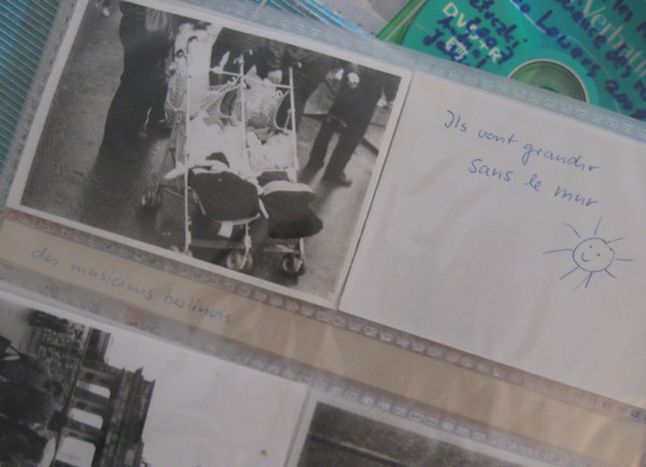 Comparing Paris and Berlin 20 years after the Berlin Wall

On 9 November 1989, Romy and Niklas were little more than children. Twenty years on, they have grown up between Paris and Berlin. They remember the divided city and think of a modern Berlin 'standing alone and free'

Romy didn’t need to watch the wall come down. She preferred to play with her first Barbie. 'My dad worked in the foreign office in East Berlin, next to the palace of the republic. He had brought me one back from Hungary.' At six years old, the young pioneer in the blue headscarf dreamed of wearing a red one, 'like her older brother'. The communist system would collapse before she reached that age in the German Democratic Republic (GDR), 'the country that no longer exists.' 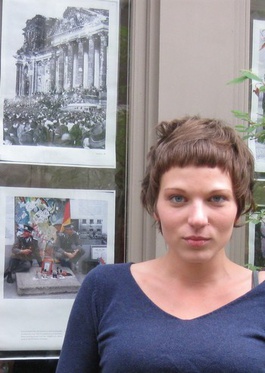 On 9 November 1989, Romy didn't leave her house. After watching the TV for a while, she went to bed as she did every other evening. 'It was a weekday, I had school the next day,' she recalls. It was the following weekend, with her family, that she discovered the fate of the wall that had surrounded the city from 1961. Like many of her neighbours, she joined the queue. 'The West Berlin neighbourhood that ran alongside the wall wasn’t the most glamorous. There were more things in the shops, but it wasn’t anything mind-blowing.'

The young Berliner associates the demise of communism with the presence of her father at home. 'The model that we’d followed for 40 years was no longer the correct one. At home, the roles inverted, my mum continued working in a department store, and became the breadwinner for the family. Meanwhile, my dad lost his beliefs and his job overnight.' Few couples survived the experience. 'Nearly all my friends’ parents from the east have divorced,' states Romy. The era shattered the lives of many teenagers, who have become known as 'the lost generation'. 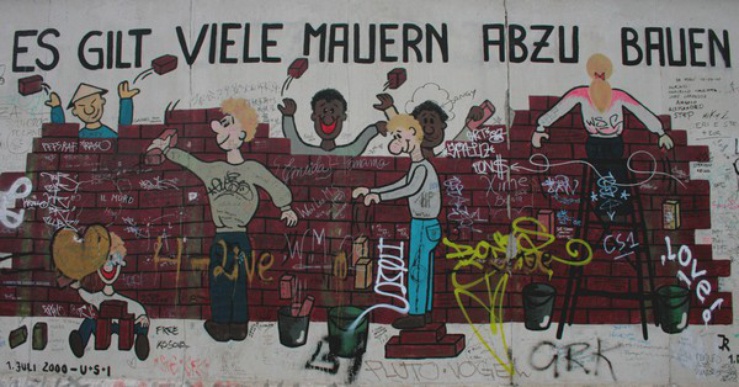 A few years ago, whilst Romy was doing work experience in France, an article in Nancy-based daily L’Est Républicain posed the question: 'If you were in Berlin, would you celebrate with your friends?' 'Celebrate the collapse of the wall?' she wondered, a prospect which had never even crossed her mind. On reflection, though, she realised all the consequences that day had had on her daily life. Firstly, new things, like food that had previously been inaccessible. However, most importantly, the fall of the wall opened up the chance to travel. 'Before the collapse, we could go to Hungary or Czechoslovakia. After though, we barely stayed in Germany. Our first trip was to Italy.' And the chance to move to Paris and work there? 'If you’d said that to my parents twenty years ago, they wouldn’t have believed it.' Today though, Romy invites her friends into her Parisien loft, 'a little nest in a quiet backstreet where community life exists,' the 26-year-old freelancer explains. 'I wouldn’t be able to put up with the anonymity of a metropolis.'

Echoes of the cold war 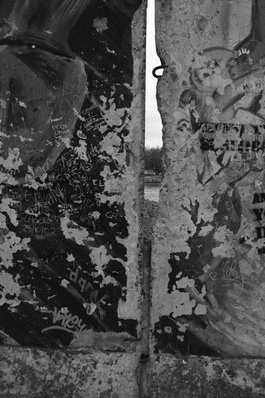 In post-1989 Berlin, the French-German parents of Niklas tried to explain the concept of 'the old US military zone' to the boy of five, 'the leader of a German party that built a big wall through the middle of the country,' 'the people that attempted to cross the border and that were shot' ... various notions that the young boy would struggle to understand.

Niklas went on to study at a French-German school. 'I discovered that, characteristically, Germans always have objections. It’s something that the French don’t have.' As an example, he cites the debate on the Kosovo war at the end of the 1990s and the various discussions in German regarding laws on DNA, or the selection criteria for immigration, which are still part of national socialist debate. Last year, the 21-year-old town planning student moved back to the town where he grew up 'with a different attitude. This city is still coming back to life,' he says. 'Berliners still speak of the presence of the divide in their heads.'

Berlin in another twenty years?

Today, when Romy tells people that she’s from the district of Marzhan, they still associate it with an infamous neighbourhood, 'the Saint Denis of Berlin' as she calls it, comparing it to the troubled northern Parisian suburbs. In the GDR, living in Berlin was one of the first signs of a good social status. Throughout the east, big buildings were constructed with modern commodities. After the collapse of the wall though, the richest abandoned their houses in the suburbs in favour of the city. 'The eastern neighbourhoods became bourgeois bohemian, without people understanding their history. The places they lived were the most run down, without toilets and with only coal fires for heating.' She mourns the loss of characteristics of Berlin's past; 'Many tourists visit there to visit the wall, and it is getting progressively more difficult to find. The people themselves destroyed their capital.' 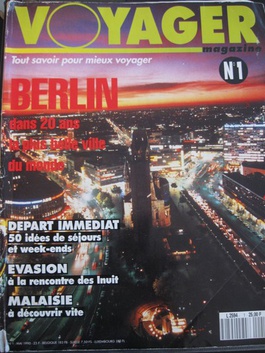 Paris-Berlin: only a night on the train separates the two capitals. In 1990, the first edition of travel magazine Voyager was entitled: 'In twenty years, Berlin will be the most beautiful capital on earth.' In spite of all the energy emanating from the city, Romy states the opposite. 'The city is ugly. There is no kind of architectural coherence.' But, 'its artistic side and value for money are attractive. The quality of life in Berlin isn’t possible to attain in Paris,' resound Niklas and Romy in a single voice. 'Money is less of a problem here. That hides the social differences.'

And in another twenty years? 'Berlin will be just like all the other capitals,' predicts Niklas. 'Its alternative neighbourhoods which form the city's charm are slowly being erased. A large business district has already sprung up alongside the Spree, near the East railway station.' 'There is so much renovation work going on that the last time I went down there, I got completely lost,' reflects Romy. 'If Paris is consistency defined, Berlin is the epitome of constant change.' Like them, Berlin is twenty, and living at the crazy pace of its young.