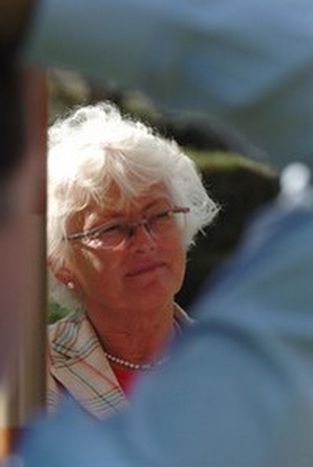 The current surge in farming prices has led to a reconsideration of the Common Agricultural Policy (CAP). Can the CAP, put in place following the Second World War, adapt itself to the new rules of the market?

The Common Agricultural Policy was groundbreaking. The first European policy, the first EU budget and the first global agricultural power. Yet it was also the first distributor of funds. Though what have been the lessons to learn from this innovation? This is the most sensitive issue and has sparked off the most heated debates. Everything that has been built since the treaty of Rome in 1957 risks collapsing with disruptions to the global agriculture. 50 years on, is the CAP already too old?

Selling to everyone without buying from anyone

The CAP, initially, involved the communal co-operation of national agricultures which made the emerging EU the foremost global exporter. Generally, economies came out devastated from the Second World War: everything had to be rebuilt. Despite the then lack of real means as well as the inequalities, which threatened to harmed progress, the CAP gradually put everything into place.

To rebuild the internal market, the external one had to be first of all isolated. Custom rates were structured to limit imports, and subsidies were ceded to farmers in order to help exports. Little imported, much exported: the dream of sustainability. Whilst escaping from the instability of the global market, products could be still sold there. All of the advantages without any of the disadvantages. Yet it did not please everyone.

Poorer countries subsequently accused the EU of unfair competition. The Doha development Round, initiated in 2001 by the World Trade Organisation and aiming to free trade to help the most fragile countries, was stopped in 2006. The Food and Agriculture Organisation of the United Nations judged that this setback had been provoked by the large producers who did not want to lose their competitive advantages.

Inside the EU, the CAP distributes subsidies to farmers to encourage them to develop production. But as the subsidies are proportional to the quantities themselves which are produced, the farmers are always encouraged to produce more, even if it is not profitable. The greater the quantity that the farmer can produce, the more money he receives, even if he does not sell any of it.

At the beginning of the eighties, agricultural production was becoming more and more superfluous. This quest for profit destroyed local economies and they were absorbed by larger commercial farms, with a focus on quantity instead quality. It ended up costing too much for the EU who fiercely fought against both farmers clinging to their subsidies as well as against the member states who were benefiting from the CAP.

Quotas, uncultivated land and changing relationship between the subsidies themselves and the quantities produced meant that production was severely limited. This second CAP anticipated re-building the rural network which it had dismantled. Following the advice of the Organisation for Economic Co-operation and Development (OECD), it targeted its action much better, preferring the promotion of rural farms to economic performance; even if this meant subsidising unprofitable farming. For 25 years the CAP has been going against the grain.

The French – the Special Ones!

Due to storms, floods and other natural disasters, global harvests are more and more often failing. If you add to this is the increase in the level of demand from the huge use of biofuel as well as the changes of people food habits, this seems less appealing. As a result, prices have begun to surge such as 95.8% in one year for cereals. Consumers are helpless against this but farmers grumble because they cannot benefit from this surge, due to the quotas imposed on them.

Yesterday, rates were so low that subsidies had to be followed; today they are sufficiently high for farmers to pocket a considerable amount as surplus. Those who were defending their financial advantages yesterday no longer want it today.

As a result, France, the foremost cereal producer and main beneficiary of the policy, is demanding an entire rethinking of the CAP. But everyone is well aware that the administrative control of farming is too often inefficient; the situation changes case by case and fluctuations of the global farming rates have to be taken into account. There is a considerable difficulty in making the interface between the internal market and the global market.

For a long time, the European Union has been looking to restore European rates to the level of global prices. To do this it has reduced the subsidies, from 38% to 27% in twenty years, according to OECD data. The goal is to adapt cultures to the needs of the consumers. But the surge of prices is focing this tactic to speed up. Mariann Fisher Boel, EU commissioner for agriculture, has proposed to suspend custom duties from 2008. But, some people dread that in case of a turn-around in the markets, the EU may find itself helpless.