Comet Halley was discovered by... the Ancient Greeks 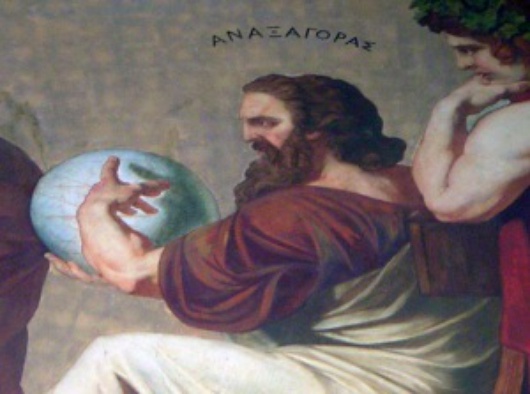 Up to know, the academic community believed that the comet Halley (named after Edmond Halley) was firstly observed by the Chinese back in 2 BC century. However, a new study made by Daniel Graham and Rrovo Eric Graham tells us that the Greeks were the first to spot it by the 5 BC century. Not only that, but they also managed to record its periodic appearance..

A new study suggests that the first who detected the comet Halle, managing even to calculate the periodic appearance of the circle were the ancient Greeks. So far the oldest known records of the comet Halley was by Chinese astronomers, the first such to be in 240 BC. But according to the new study, the ancient Greeks were able to detect and to study the comet already by the 5th century BC. The philosopher Daniel Graham and the American University astronomer Rrovo Eric Graham created models of the route followed by the comet of Halley and they compared them with references from ancient cultures. Sometime between 466 and 468 BC a meteorite fell in an unknown area of Northern Greece  and  the point of impact became a ''tourist attraction'' for at least 5 centuries!

Plutarch mentions that even the fall of the meteoritehad been predicted by Anaxagoras, whom many consider as the leading astronomer of the ancient Greek world. The two researchers then, calculated the path of the comet Halle at that time, and concluded that the meteorite was part of the comet which fell to the Earth. The reason was that during this passage, the comet approached Earth more than other times. This means that the ancient Greeks not only detected the existence of a comet, but had found it to be a regular visitor and were even able to measure its temporal appearance.The comet of Halley, which is the most famous comet appears about every 75 years. It was named by the British astronomer Edmond Halley (1656 - 1742), who on September 4, 1682 observed it and described it. The appearance in 12 BC prompted many experts to presume that Halle is the star of Bethlehem which guided the Magi when they wanted to visit the newborn Jesus. Scientists estimate that the comet will make its reappearance in our neighborhood in the late spring of 2061.Source : To VimaTranslation : Cafebabel Greece