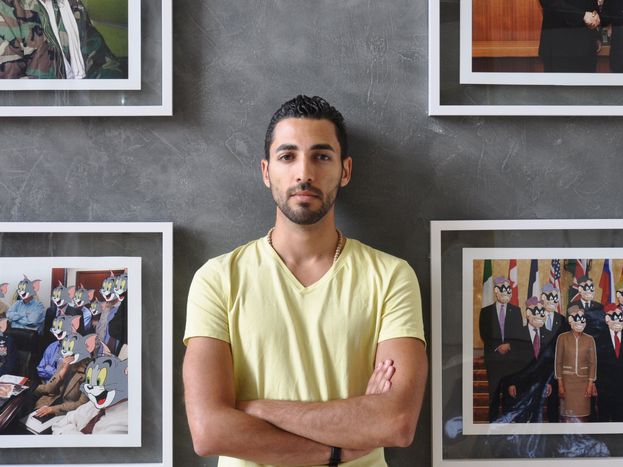 Combo: "I do dangerous things"

Yes, he fights for his ideals, but not just with any weapons. Combo's selection of tools includes spray paint, photos, glue, and walls. The street artist, attacked for his pacifist work "CoeXisT" in which he combines symbols from the three monotheistic religions, explains his struggle.

cafébabel: Who are you, Combo?

Combo: I am a Parisian street artist. I've been painting since I was about ten, and the posters I'm known for now, I've been making them for about four years in Paris. I was born in Amiens to a Christian Lebanese father and a Muslim Morrocan mother. After that, I travelled a lot; I grew up in Morocco, in the Central African Republic, in southern France. If I'm being vague about my identity, it's to protect my family, because I do dangerous things. I'm also forced to hide my identity because what I do, it's still forbidden. It's a crime in France, and even though every once in a while, some people help me, it doesn't stop the other half from getting me tomorrow.

cafébabel: How did you get the idea to do collages and "politically aware" graffiti?

Combo: It isn't an idea. Street art is, by definition, political. It appears and unfolds in a public space. But public space doesn't exist in France. You have to ask permission to express yourself. Street art speaks up and, in that way, takes power. It's a sort of revolution at the scale of a wall for me.  In the same essence of street art, from that engagement, I wanted to go further and, at some point, be a good citizen and begin more political projects. 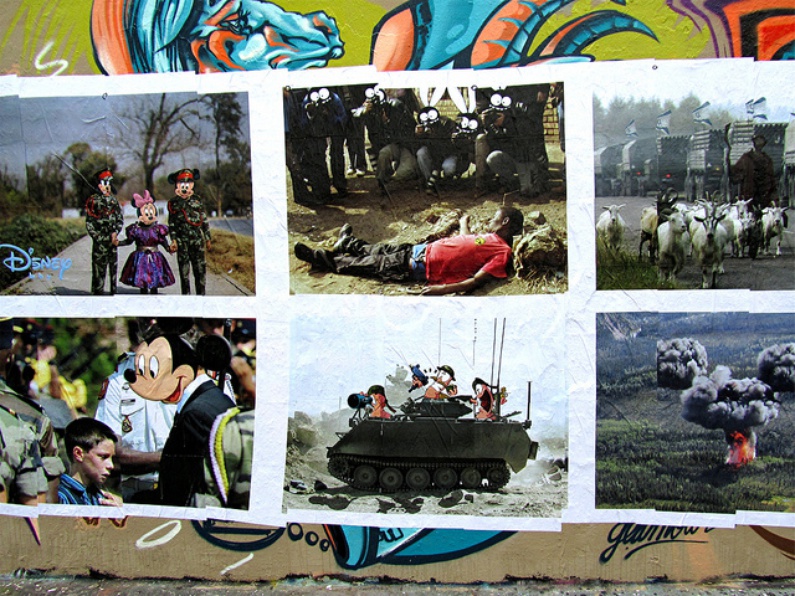 Combo: It's actually everything at the same time. In general, you always have ideas and your own political views, your opinions. My only tool is painting. I never knew punk, rock, or the hip-hop scene. So I only have street art to be really free in my expression. That's how I get involved, sometimes, in ideas that are a little more political. I can let go and no one can tell me anything.

cafébabel: No one... or almost. How do you escape the cops? 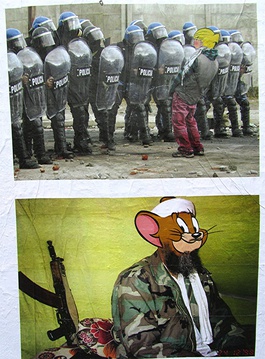 Combo: I go in with a audacity every time. When the police stops, I never run. If they stop in front of me, I go towards them and I bluff. I talk to them, I make up the biggest myth that could ever exist and I tell them it's allowed. When they say it isn't, I tell them "well yes, sir, it is allowed, it's in the law of 1901 on advertising, one wall needs to be left to public billposting in every district. There isn't one in this district, so I'm allowed, according to the law, to express myself freely. If you want, I can go ask your colleagues." In short, I let out a long tirade, I keep them there for a long time, and since I'm confident, it works. That's how, so far, I haven't been caught.

cafébabel: Are you conscious of that illegality?

Combo: Yes, of course. Recently in Paris, the street artist Boris served four months in prison for graffiti. So yes, we're very aware of what we're doing. We know that it's dangerous, we know what we're risking, but that's the game, and it doesn't stop us from doing it.

cafébabel: Does the danger motivate you, or is it just part of the game?

Combo : It's part of the game, but it also motivates me. If it weren't bothering anyone, it wouldn't be forbidden. You can see right now in Paris that political messages are erased right away, while the little figures, the bullshit, is left up. You can see that they're trying to cover things up. I'm not going to call that censorship, let's not exaggerate, but you can tell it bothers people.

cafébabel: How did you infiltrate forbidden places like Chernobyl?

Combo: It's not that complicated, actually, you just have to be a bit clever. For Chernobyl it wasn't that hard. Well, not that hard... I went several times to Ukraine, and at the time they were preparing for the arrival of tourists for the European Cup with tour-operators in the zone of Chernobyl and in the abandoned city of Pripiat. I managed to go in like that, through a tour-operator. I bribed the bloke and I managed to go in and pass through all the checkpoints without being searched.

cafébabel: What is the reason for your commitment?

Combo: I think that we all need acts of faith. We are part of the country and city that we live in as citizens. And being a citizen means participating in city life. As I was saying, my tool is painting. I can't contribute anything else, so I don't do anything else. I try, then, to do my bit myself, and play my part.

cafébabel: Do you ever return to the sites of your works to see their evolution?

Combo: The street artists' secret is that, very often, they work within the districts they live in, or the neighbourhoods they spend time in. That's simply because they see those walls daily, they know them, they know which ones are repainted and which aren't. That's how they end up passing by their works and observing their evolution, it's normal.

cafébabel: What were you surprised to see in the evolution of your works? 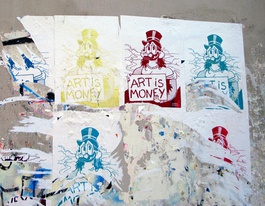 Combo: In this last series, I saw that it was very problematic and at some point it was disagreeable. I ended up with swastikas, with insults. My face was scratched out with chalk like we sometimes do to political posters. You really feel the hate, the rage. While usually, it stays up a bit longer, we'll add some funny phrases like 'twats', this time, it was really a bit nasty.

cafébabel: Recently, you were assaulted because of your work titled 'CoeXist'. How are you handling your suddenly popularity following this?

Combo: Not exactly well. It's not in my nature to speak out all the time, to be interviewed. I don't necessarily like that, but I see myself as a tool to transmit a message about what is happening. A lot of people are also starting to support this message. So I'll force myself, I'll push myself to do it because it's somehow my responsibility. I don't have the right to get tired, to stop, because a lot of people are involved now.

cafébabel: A few clues as to your next project?

Combo: The project is continuing. I'm stopping with the Muslim character, I'm putting it on standby, and I'm moving on to a Jewish character for the next few weeks. After that it will be a Christian. Then, we'll do "CoeXisT" with all the characters. This character will no longer be me, because now people can recognize me. It will be other people who aren't necessarily believers or Jews. That's why will be interesting, actually, to see how they will be perceived, because who they will embody isn't who they are in reality. This will also be a collage. 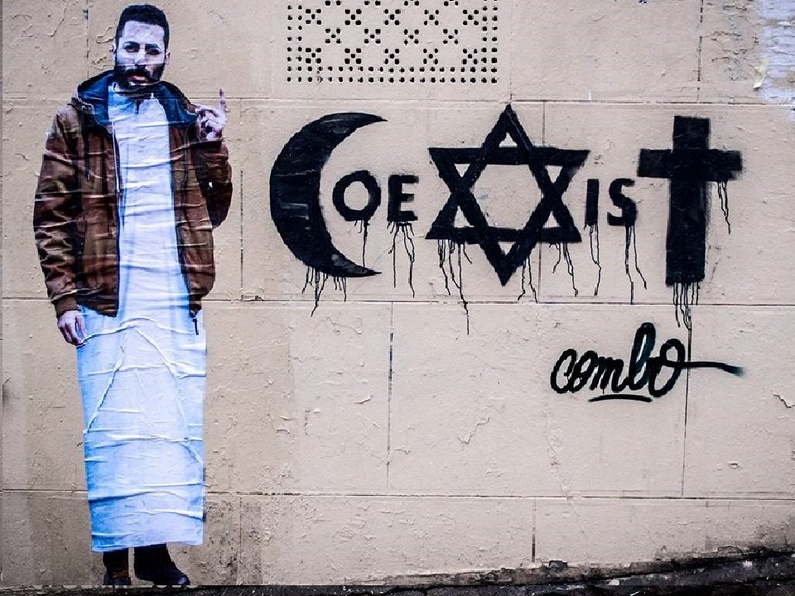