In Italy there are associations known as gruppi di acquisto solidale (GAS) that purchase on a wholesale and cooperative basis for its members. This is the new, socially friendly way to shop 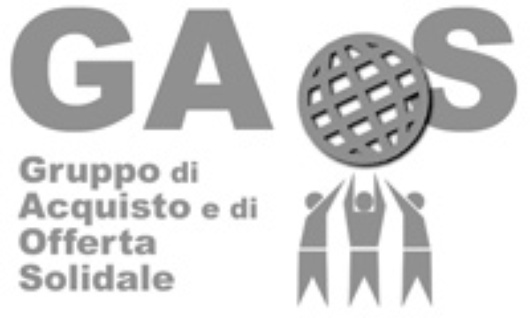 Forget long queues at the supermarket: through GAS, purchasing is done collectively and intelligently. GAS was first set up in 1994 in the Emilia region of Italy and today has even managed to reach the Italian business capital, Milan. GAS consists of groups of citizens who purchase food or consumer goods wholesale. The members draw up a list of products, gather together orders from families and individual members, and transmit the orders to the selected producers. The goods arrive and are distributed to the members who then pay for what they have ordered.

The effect of price increase

The motivations and objectives of GAS are multiple but, in general, everyone involved wants to react to consumerism and capitalist dogma through the realistic initiative of supportive economics. This union of consumers allows its members to purchase vast quantities of goods in the wholesale market, obtaining better prices in comparison with the traditional channels and giving its members the chance to alleviate the effect of inflation on savings. But GAS’s ambitions don’t end there. It’s main objective is to forge a consumer base which does not give in to advertising or market pressure, but buys “ethical” products (which are usually marginalized) through unconventional channels.

From producer to consumer

Today, when the market is dominated by multinational companies, the GAS groups prefer to buy products from small local producers and ignore the large distribution channels. Beyond buying environmentally friendly and labour-friendly products, the GAS groups set up a direct relationship between the producer and customer. They try to find out about the producers’ behaviour, methods of production, their philosophy and the characteristics of the product. This direct contact is economically advantageous to both consumer and producer because it avoids the intermediate chain of distribution. Its also makes organic products, which are usually reserved for a privileged few, available to low-income families. The choice to purchase only local products makes simple economic sense; it reduces the use of packaging and increases employment, as most local organic products are labour intensive. GAS groups prefer not only labour intensive products but also producers who employ people who are disabled, disadvantaged or from minority backgrounds.

But how has GAS managed to be so successful? Social economic initiatives are plentiful, but GAS’s accomplishments are down to its devotion to alternative consumerism even in times of economic crisis. This has, at least in Italy, rekindled the discussion on the failings of the capitalist model. It has also sparked an attempt to find an alternative road for civil society. The social economy, a phenomenon present all over Europe, is a growing reality. It tries to present an alternative to the capitalist model of development, which claims that profit is the only way to guarantee economic wellbeing and development.

Supporters of the non-profit sector denounce the way in which the capitalist model fails to distribute equally all resources, therefore increasing poverty and exclusion. Democracy is thus subordinate to economic potential, which has brought about the deterioration of the social state and puts the environmental balance of the planet in danger. They consider that those who think of development only in terms of consumption and production are making a mistake, because the living standards of the western world cannot become widespread across the planet due to the scarcity of resources. As a result, the GAS groups are trying to create - or preserve - the space to produce and consume alternative sources of food for the masses. If, at this stage in the evolution of the capitalist model, their objective seems far-fetched, a general diffusion of this initiative remains their symbolic and educational merit, which will help to construct a society in which injustices can be alleviated and quality of life guaranteed.