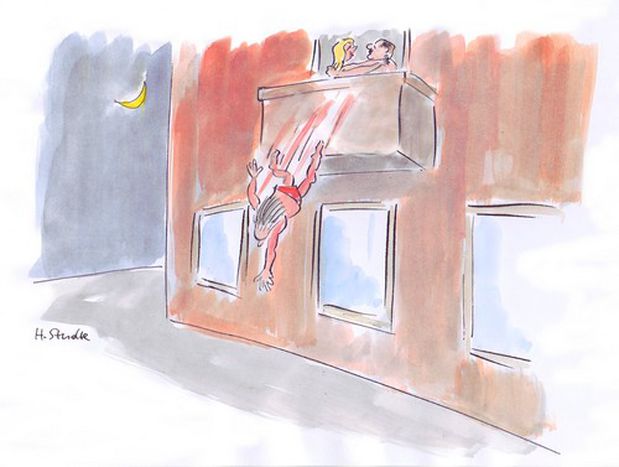 'Woe betide the indiscreet, who will be made an example of!' warned French courtesan Ninon de Lenclos in the seventeenth century. The 'indiscreet' would be given the cold shoulder or the brush off.

Spain's 'indiscreet' would receive a pumpkin (recibir calabazas), while in France they would be sent for a walk (envoyer promener quelqu'un) or receive a rake (se prendre un râteau). The Italian version adds to the gardening illusion; one would receive a pole (prendersi un palo) or prendersi un due di picche (get a two of spades), illustrating the separate paths of luck in games and in love.

Spurned in Poland? It means you would have got black soup (czuj si jakbym dosta czarn polewk). Cold comfort that this is a national dish whose colour derives from duck blood.

Along with the Germans, the Poles distribute or receive baskets - einen Korb verteilen/ bekommen and in Polish da/ dosta komu kosza. These baskets were a kind of outdoor lift in the middle ages. They existed for unwanted lovers in buildings without ground floors. The unlucky 'fell flat' and unceremoniously to the bottom of everything.

And the ménage à trois or love triangle? One that works with no jealousy according to the Irish comedian Dave Allen: Man, woman, whisky.