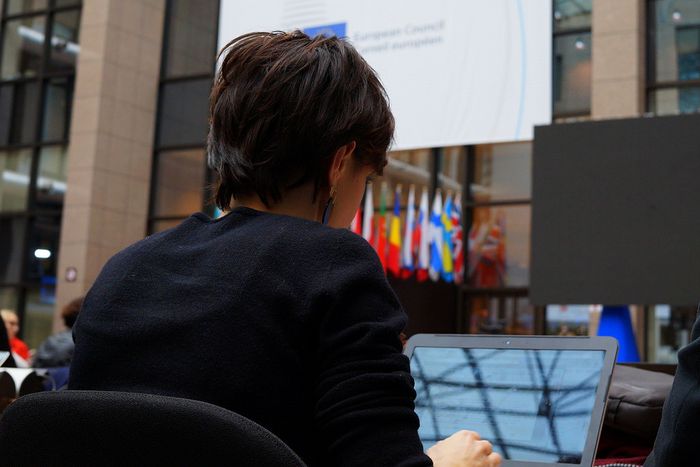 Clouds, Links and Capital to Boost the Economy

Keep working to make it work. This was the signal given by the European Council for developing the internal market potential in a global economy. Making it easier for people, services, goods and capital to serve Europe's economy features among the key priorities for the current European Commission and should also be a priority for each EU country.

Easy delivery thanks to e-commerce, good progress of startups, professional mobility without administrative burden, better use of digital resources – those are some of the key aspects that exist within the initiatives developed by the European Commission in 2015, which will guide the actions in the coming years.

Leaving the discussions on the European Union's internal market close to the end of the meeting at the last European Council is a sign of consensus rather than of giving it a lesser importance. But what EU leaders have finally agreed today?

It is almost unthinkable today to be a company or consumer without access to any digital communication channel. The quick progress in technology has not been followed with the same speed in the legislation or political action. Users themselves of latest technological advances in communication or modern retail the highest EU political scene actors are stepping up its activities.

While calling to accelerate the implementation of the Digital Market Strategy, EU leaders strongly endorse the Commission's initiative released in spring 2015 aiming at enhancing Europe's position as a world leader in the digital economy. So, no more dreaming while looking at clouds but make the clouds realise the dreams of Europe's business founders.

Digital sales and other operations on a cross-border basis represent only around 4% of all transactions, largely overwhelmed by national and US-based ones. Difficulties for startups, users and professionals skills gap as well as administrative constraints seriously undermine the potential for development. Therefore the Commission released a series of 16 initiatives in 2015 with the aim to improve businesses and consumers use, conditions and growth of the digital economy. As speed is of essence for this economy to flourish the heads of States and government wished to give the right impetus for all the initiatives.

What is it all for?

The Single market is essential for the proper functioning of the European Union in the area of goods and services. Delivering merchandise across borders, ensuring the consumer rights, protecting the intellectual property, creating modern standards systems, allowing entrepreneurs of all age to use all their potential and creativity, adapting the regulatory framework to collaborative economy – those are key issues which are the base for Europe's economy of the present and of the future.

Recognising the gaps identified already by other European bodies, civil society organisations and by the citizens, the European Council reinforces the belief of underused potential and the need for a more coherent and dynamic approach. There is hope that the actions tabled by the Comission in its October 2015 plan will be well linked with the EU's initiatives and have the right follow-up at national level.

Without capital it is difficult to finance any initiative. Being aware of the need to have a more stable financial system an agreement was reached to endorse and speed up the Commission's action plan to make it easier to finance innovation, foster retail and cross-border activities. The European Parliament was called to prioritise in agreeing on actions developed in the Capital Markets Union. At the press conference held on Thursday EP President Schulz recognised the importance of this issue.

As the ongoing negotiations on the Translantic and Investment Partnership agreement between the European Union and the United States will have a large impact on EU's Single Market the Council also stresses its importance in concluding the negotiations. But that will become soon the chapter of another story.