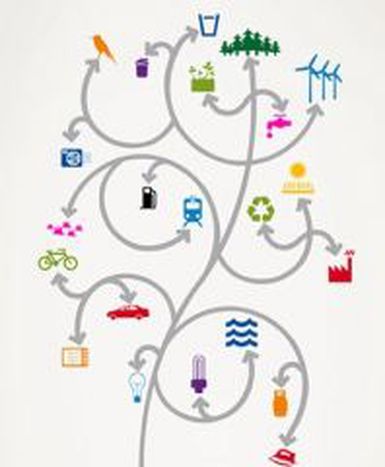 Climate Change at the Other End of the World.

Have a look at James Painter's enlightening piece about the impact of climate change on Chile's agriculture and economy. (For some reason the article got stranded in the BBC's "Europe" section.) It sucks: "Chile's world-famous wines could be particularly vulnerable to the expected changes in the climate.

So much so that large wine companies are starting to buy land further south of their current vineyards... One more valid tasty reason to roll up our sleeves and unplug the laptop's charger.

I'd guessed: "Chile is only responsible for a tiny amount of the world's total emissions of greenhouse gases. But when expressed in per capita terms, the country is one of the worst in Latin America."

It's not easy being green here - and it's not hip either. The country's idea of progress and "modernity" seems to lean towards higher buildings, bigger cars and more disposable consumption. On a Sunday, the average family drives to the air-conditioned shopping mall, takes heaps of useless plastic bags home, and does not recycle any of its waste.

I knew: Chileans worry about their hydroelectric supplies.

I witnessed that last year when travelling in Chiloe, usually one of the rainiest areas of the country, then struck by a severe drought. Whilst the farmers despaired and the drought caused electricity cuts in the South, back in (traditionally) dry Santiago, everybody kept watering their square of lawn a thousand times a day.

I had no bloody idea: "Critics point out that Chile is currently committed to building coal-fired power plants. (...) coal will account for 25% of Chile's electricity supplies by 2020, and emissions will rise fourfold from the current level of 70 million tonnes a year to 300 million by 2030."