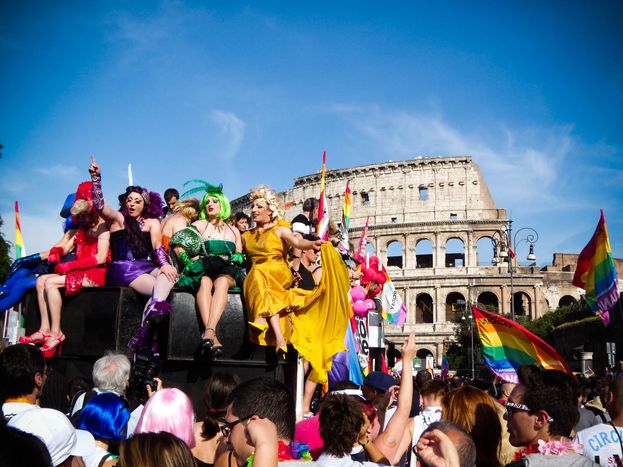 Citizens' Pact 2013: Who are the citizens and what is the pact?

The 2013 Transeuropa Festival finished with a flourish in Berlin on 27 October. The 'Citizens Pact 2013' was presented. Distilled from three years of interviews conducted across Europe, the manifesto had raised high hopes. However, there are a few important caveats.

Transeuropa Festival - a festival of art and politics held in 13 European cities simultaneously - concluded with a three day forum in Berlin last week. The forum’s main event, entitled ‘Imagine! Demand! Enact! An Alternative Europe’ was the presentation of a citizens' manifesto. This manifesto was developed by European Alternatives, a group that stands for ‘democratic participation, social equality, and cultural innovation’.

At first glance, the manifesto’s essential premise seems to be overwhelmingly positive. For three years representatives of European Alternatives travelled to selected cities in Europe, asking people what they believe should change. These interviews were distilled into the ‘Citizens Pact 2013’, which consists of four pages of ideology, followed by 100 pages of proposed legislation written with the help of legal experts. The pact will be presented to the European Parliament in December 2013 in the hope that its ideas will be included in party manifestos for the 2014 European Parliamentary elections.

Although the idea of directly consulting European citizens sounds desirable, a closer look at the project reveals grounds for concern.

The first issue is that the aforementioned process undermines the very parliament the pact is to be presented to. In the EU countries where voting in European Parliamentary elections is not compulsory, voter turnout ranges from as high as 65.1% in Italy to as low as 19.6% in Slovakia. Most Europeans are either oblivious or apathetic to the role the European Parliament plays in European politics and the way they themselves can influence it. The project thus caters to people’s political laziness, essentially excusing them from taking part in the electoral process. One may wonder, ‘why bother engaging with these institutions when there are people who can do ‘the dirty work’ for you?’ In contrast, there are currently several noteworthy projects unfolding which seek to educate citizens as to how they can participate more directly in the parliamentary process.

Another problem is the people who were interviewed. ‘We were worried that [the people taking part in our vox-pop] would only be intellectuals,’ stated European Alternatives’ managing director Alessandro Valera during the presentation of the manifesto. Valera then proceeded to assert how glad they are that it was not the case. This aversion to intellectuals seems unthinkable seen through the lens of Mikhail Bulgakov's 1968 novel Heart of a Dog, which perfectly demonstrated the consequences of a society ruled by ignorant people. While the manifesto gives voices to long-term residents of the EU who lack voting rights, such as migrants, Valera also openly admits to including children and teenagers in the process. Perhaps now is a good time to be reminded that the age limitation on voting for political institutions was created for a reason – namely, that one cannot trust the uninformed and naïve world views of people who do not yet understand what politics is. One may argue that this inclusion taints the manifesto beyond repair, leaving it smelling vaguely of the kingdom described in Janusz Korczak's King Matt the First, 1922.

The manifesto’s third failing, which European Alternatives openly acknowledges, lies in its limited scope. Practical considerations, such as finite funds, meant interviews were conducted in only a few countries. This casts doubt on the organisation’s claims to pan-European representation. Many important issues were left out of the manifesto altogether, such as the legalisation of prostitution.

The organizers explain that they set out to hear which issues the residents of Europe deem important. The interviewees chose which issues were discussed and as such the manifesto reflects the things that are important to them. However, if the issues raised reflect the demographic interviewed, then the absent issues reflect, in equal measure, the demographic ignored. If the manifesto claims to be the voice of European citizens, the absence of certain subjects from it may well cause a further marginalization of these issues, crucial as they may be. There is a certain cruel irony in the fact a manifesto that claims to be representative may in fact be marginalising important issues.

The Citizens Pact may well have started off with good intentions, but the end result is far from satisfactory. It does cover some important issues - LGBT and Roma rights are both well represented in the proposals - and the discussions conducted during its development contributed to a much needed discourse among the citizens themselves. However, the way the manifesto is constructed and the way it is to be presented do not properly serve political involvement. If anything, it feeds on the very apathy that already plagues Europe.