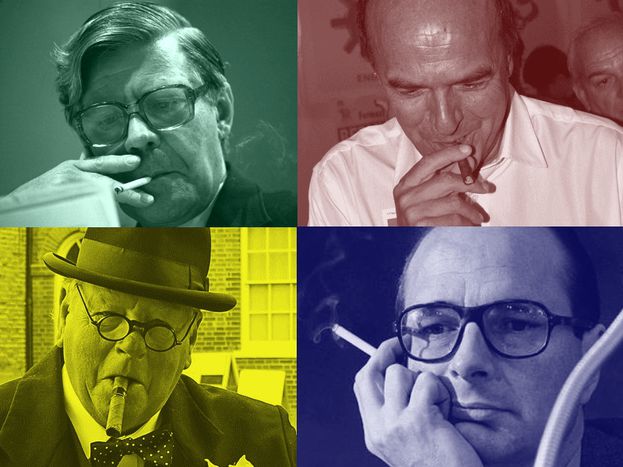 Smoking kills your health and your political career as well. No ifs or but(t)s about it, even outside of election time, no politician can afford to drag their feet on the issue. From France to Poland via the UK and Italy, a whistle-stop tour of the puffing practices of the European political scene

At the station, at the office, in nightclubs and sometimes even in your own home: ‘The Atlantic Ocean is about the last place left where you can go have a smoke,’ said Spanish prime minister Mariano Rajoy in 2009. A dark cloud has descended on smokers. Ciggies really aren't a-okay for politicians these days. It’s not a problem if the former French president Nicolas Sarkozy was accused of going too hard on the champagne during his meeting with his Russian counterpart Vladimir Putin at the G8 summit. Francois Hollande, the eventual winner of the 2012 French presidential elections on 6 May, digs into a breakfast of charcuterie, thick-cut steak and cheese in front of the waiting cameras, despite countless warnings circulating since 2007 that: ‘for the sake of your health, avoid too much fat, too much sugar and too much salt’. He gets away with it and is called a bon viveur and a man of the people.

Let's push aside boring political and financial scandals and dismissed sexual flaws. It seems like smoking is the one area in which, with the complicity of journalists, politicians are prepared to set a good example. It’s an even bigger deal during the campaigning season, despite the fact that certain candidates puff their way through cigarette after cigarette. Take the far left candidate Jean-Luc Mélenchon who, in an attempt at solidarity with the average voter, admitted on his website that he ‘tends to overdo it a bit’. Far right party leader Marine Le Pen is the only politician who can afford to be photographed lighting one up, even if there’s no trace of the image in ’official’ media outlets. Libération, a left-wing French daily, can just about steel themselves to write that ‘the national front (FN) leader smokes’ in a report on her campaign headquarters, but only to better vilify the extreme-right presidential candidate. Tobacco is taboo.

Politicians are people, just like everyone else, and they control their public image, carefully filtering the aspects of their private life they want to be out in the open. The paparazzi play along. Then, when a photo appears, how appalling! Carla Bruni-Sarkozy ‘caught’ smoking? The image is shocking because the 'tobaccologically' correct consensus is so broadly shared. Thankfully, innocent eyes are spared, the cigarette has been pixelated. Phew! Bertrand Delanoë, the socialist mayor of Paris, was not so lucky. His cigarette is totally visible, proud, provocative, and indefensible, below a headline dripping with unspoken admonitions: ‘Bertrand Delanoë, Smoking At A Funeral’. The swine! 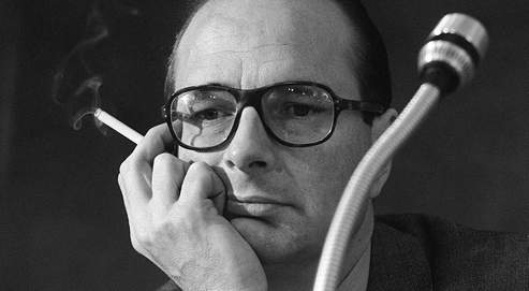 Then there’s poor former conservative president Jacques Chirac whose photograph, lit cigarette in hand, was vetoed from the cover of his memoirs in 2009. This visionary had, after all, renounced all forms of nicotine in 1988 after his second defeat in the presidential election, noting the failure of his ‘French, just like everyone else’ image. Chirac may not be a role model for the adolescent hesitating before taking his first drag, but he is for the French political class. In 2012 what prime minister would dare take out his cigarettes and light up during an interview, like dear old Georges Pompidou (president from 1962 – 1968 - ed) did back in 1962? The fact that Spanish prime minister Jose Luis Zapatero was known to be a casual smoker didn’t help in getting his anti-smoking law in January 2011 passed. It is election results, rather than decency, or even setting a good example, that turn politicians into non-smokers. Meanwhile Chirac never stopped knocking back the Coronas; being hooked on beer just makes you a nice guy.

Churchill and other stubborn types

Former British conservative prime minister Winston Churchill, for his part, never gave up cigars. The anti-smoking movement is helpless in face of history's seal of approval and when up against a myth and icon. Some politicians never gave up their tobacco dependency and went on to make it their trademark. Santiago Carillo, who led the Spanish communist party from 1960 to 1982, never went out without his cigarettes, not even when he went on television, proclaiming a certain free spiritedness with every smoke spiral. Helmut Schmidt, an icon of German social democracy, was another politician who allowed himself that luxury and continues to smoke to this day, even in the hospital at the age of 93. 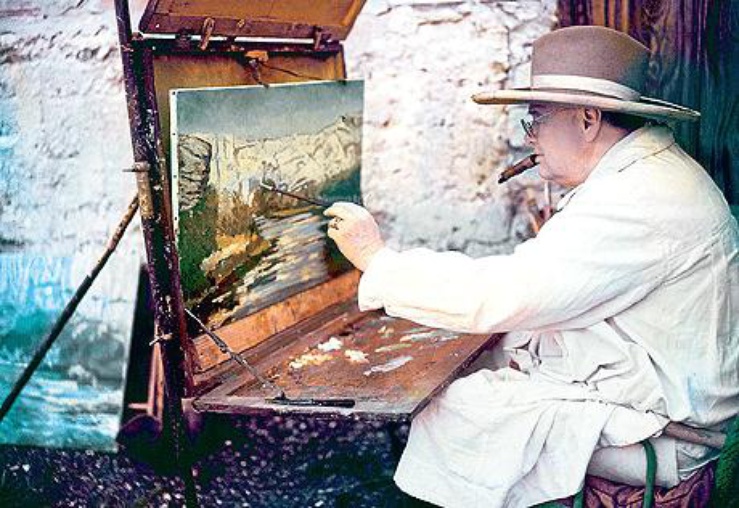 In Italy, everyone knows that Pier Luigi Bersani, general secretary of the democratic party (‘Partito democratico’, a centre-left party), smokes cigars. He is a man of the people and the cigars help him remember that. It was completely the opposite case in Germany where the ex-chancellor Gerhard Schröder's taste for expensive Cohiba cigars was seen as a symbol of a left thrown into disarray by monetary matters and prompted fierce criticism. For his part, Sarkozy avoided cigars during the 2012 French presidential elections, he doesn't need any more help to be labelled ‘the rich people's president’, especially after a member of his cabinet was found to have received 12, 000 euros worth of cigars as a gift from the state in 2010.

Autres temps, autres mœurs, as the French would say - other times, other customs. Lech Walesa, former president of Poland, smoked menthol cigarettes during his meetings. Any mention of the round table talks of 1989, which signaled the return of free elections to Poland, immediately invokes the clouds of smoke that filled the negotiation room. Two decades later and the parliament's ashtrays have all been sold auctioned off and Walesa hasn't smoked in a long while. Freedom was achieved but it brought with it the loss of the cigarette for the homo politicus. Not to upset those who wax lyrical about the lost right to smoke wherever you like, but things were not necessarily better back in the good old days. Public health is a real drag but it's not against the law to be happy that very few politicians smoke in public these days, even if it's for all the wrong reasons. In fact, if we make a little more effort, we might even be able to get them to give up the orgies while they are at it.