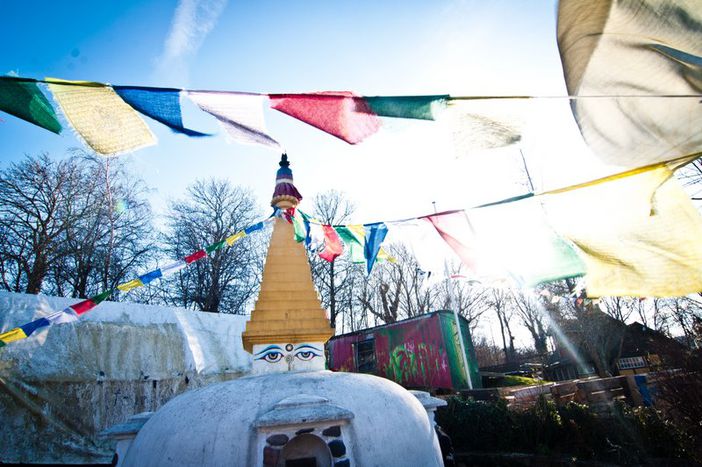 Christiania's rejection of Danish society - hippies (and Germans) all the way!

In the free commune of Christiania in the heart of Copenhagen, some hundred hardliners live in a unique form of a self-managed community in Europe. But since the 1970s their reputation, based mainly on a free and open spirit, slowly started to wear out. Who are the heirs who live, work or go out in Christiania today? Rasmus, Nynne and other resisters explain

A cold, biting wind takes me to the eastern part of Copenhagen not far from Øresund, the strait connecting the Baltic Sea and the sea area of Kattegat, and separating two peoples, the Danes and the Swedes. A walking distance away lies the commune of Christiania, which is both legendary for being the biggest squat in Europe and monumental for being the pillar of the dissenting spirit of the early seventies. At the time, the couple of hundred local anarchists knew how to take the step separating hippie dreams from political reality by self-proclaiming a 'free' community. So what is the community free from today? 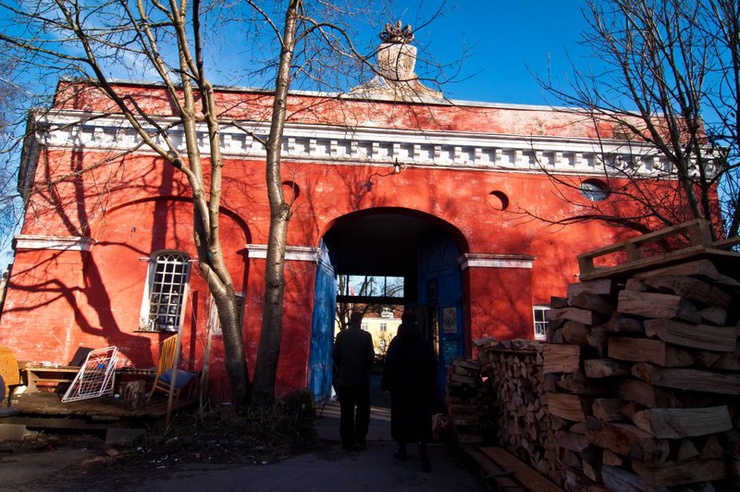 I approach the 'green light district' and the main 'commercial street' in Christiania, better known as Pusher Street, where selling and using soft drugs is legal. I open the door of the art gallery. Rasmus welcomes us. He is standing by a painting entitled Bambi amongst plastic cans. 'The multiculturalism here isn’t necessarily connected with ethnical or religious diversity,' he says. 'It’s all about a community of people with different backgrounds - rich and poor, more or less educated; they’re all joined together in this non-hierarchical society without hierarchy.' They all share one thing in common: the rejection of Danish society. Meanwhile the authorities are having more and more difficulties accepting these libertine citizens. The 'Christianites' will have to compromise; they are obliged to buy the land they’ve appropriated and where they’ve been living for four decades. 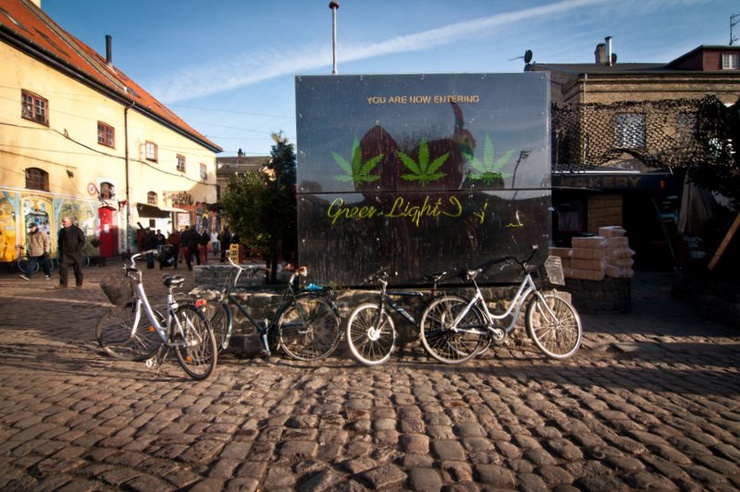 As the country beats all European records in tightening the rules of naturalisation and regrouping, the questions of immigration and integration don’t seem to be as vivacious in Christiania as they are in the rest of the Danish society. According to Rasmus, one-third of the commune's inhabitants are foreigners; the majority of them come from Germany. Like in other parts of the country, this is no coincidence: the nazi occupation during the second world war and the moving borders between the two nations at the beginning of the twentieth century pushed forward a long-term bond. The majority of them are nowadays completely integrated and protected (unlike the Faroese, Greenlanders or the Roma), but Denmark used to be very cautious about its imposing neighbour: when the country became the ninth member to join the European economic community (EEC) in 1973 (along with Britain and Denmark - ed), they stipulated a series of clauses in their treaties for preventing the Germans from obtaining secondary residences on the so much sought-after Danish territory.

Like everywhere else, you have to apply here as well!

It is good, then, that Deborah, who works at the post office in Christiania, is German. She came to Copenhagen out of curiosity twenty years ago, married a Danish journalist ahead of his time, and never left again. 'I love Christiania because it’s a place where you can be yourself, where everybody is welcome,' she says, echoing Rasmus. This phrase is particularly well-placed in a country that is regularly stumbling over its policy of free movement of people. Why doesn’t Deborah live in Christiania, then? 'I applied once for a free place, but there were much too many requests and I wasn’t selected.' 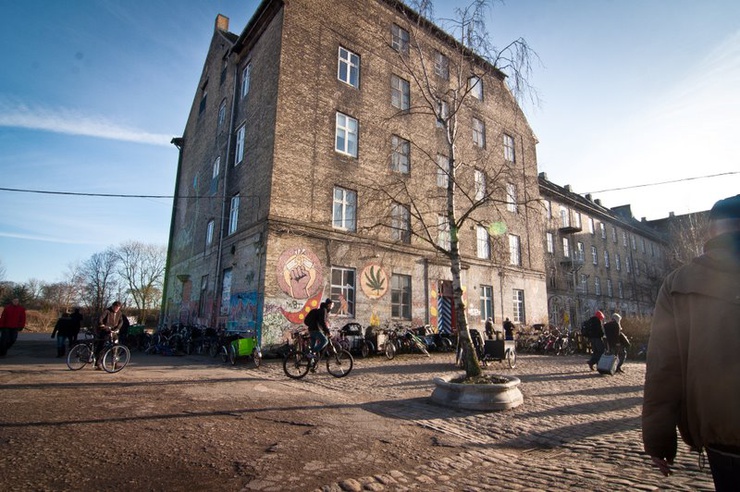 Many others in Deborah's position have discovered that you cannot simply become a resident of this self-managed community 'You have to earn it!' says Jørn. As a musician and film director, he’s been adding his pieces of the Christianite puzzle for a long time now. He made several documentaries about police violence that the inhabitants of Pusher Street were victims of in 2007. 'Those were dark times. People were stripped naked just so they could see if they were hiding drugs in their underwear.' Jørn isn’t hiding the fact that he was picked to live here because of his notoriety in the community and the favours he’s done for them. From seventy other candidates, he was chosen by his neighbours to live in a three-piece maisonette in the centre of the community. There is no hosting policy favouring diversity, no quotas connected to minorities, no positive discrimination: it seems that in Christiania, everything works by the principle of friendliness and merit.

That is one of the reasons why Nynne, 21, doesn’t want to come live in Christiania. She comes to party, but that’s all. 'I love and hate this place at the same time,' she says. 'Before, people could walk down the street stark naked; nowadays, some of the values are getting lost.' Not far away from us, pale and confused Danes sitting at the tables of the Nemoland fast food shop seem to be the living proof of what she’s saying. With bags under their eyes, they’re smoking their (first) joints, drinking coca-cola or the so-called local 'bio beer'. 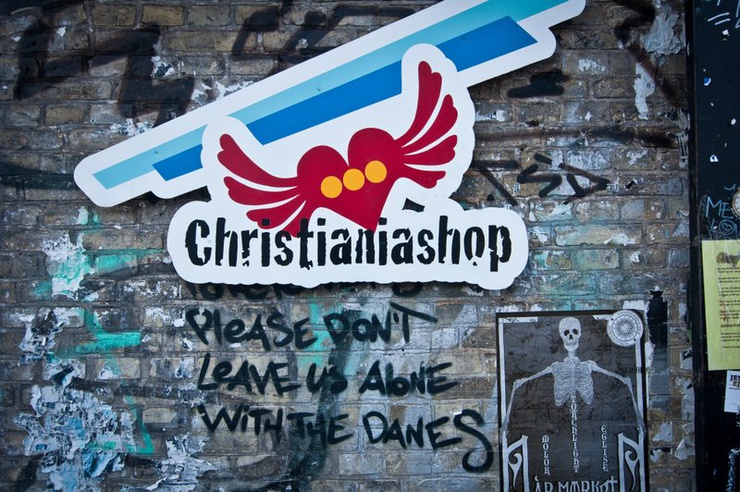 Culturally, Christiania is still a reference point for all sorts of artists, but on the other hand, the avant-garde underground community is slowly starting to transform itself into a real-life museum of an obsolete utopia, with about one million tourists visiting it each year. The curious and nostalgic visitors hurry there to admire the veterans defending alternative movements from the past decades. Legalisation, forced political and judicial normalisation, elitism and absorption into the mass Danish culture; these troubles have been pestering Christiania for many years already, and it adapts to them with a greater or lesser degree of fatalism. It does have to be noted that the Christianite dissident of the 21st century, sometimes a paradoxical creature, has been having some difficulties in maintaining the myth of a pure independence and complete marginality.

Jørn knows it and isn’t willing to let go of the iron grip holding the government. 'We need to organise properly,' he adds. 'We need spokespersons to talk to the press, lawyers to defend us in the courts of justice.' To survive, the protesting spirit will have to stop turning into anarchy.

This article is part of the third edition in cafebabel.com’s 2012 feature focus series on multiculturalism in Europe. Many thanks to Ulrik Trolle Smed and the team at cafebabel Copenhagen

Images: © Nicola Zolin for ‘Multikulti on the ground‘ Copenhagen' by cafebabel.com