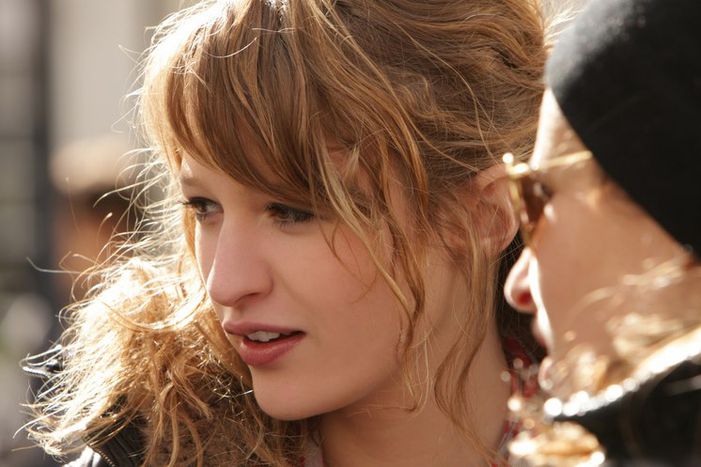 Christa Theret: ‘I am more stressed about acting’

Christa Theret is pouting in her black jeans and black jumper, as she tries her best not to look the ‘star’ she should in a crowd of so-called ‘shooting stars’ – the young new European acting talents who are celebrated at the annual Berlin film festival. Hers is the role played by Miley Cyrusin the American remake of the generational comedy LOL (2008); in the original Theret played the role of teen daughter to French legendary actress Sophie Marceau (who played a similar turn in her day in The Party, 1980). Theret’s face has thus become symbolic with a France which 'uses SMS and works via MSN, which makes up with one another via email and which meets on MMS', as the French rapper Diam’s sang. Christa deserved her Cesar award nomination for best young female talent in 2010, and the repeat recognition two years later for Twiggy: La Brindille (2010).

Theret has acted alongside legends such as Marceau, Gérard Depardieu (The Man Who Laughs, 2012), Jean Dujardin (The Clink Of Ice, 2010) and Michel Bouquet (Renoir, 2013) amongst others. When she realises I speak French, she waves her agent aside and we get to our little chat today at the Hôtel de Rome, and she surprises me with her maturity and professional distance. Interview.

cafebabel.com: Christa, you’ve been to Berlin when you attended the LOL premiere at the film festival. What do you like about the German capital?

Christa Theret: I love Berlin and come back often, many times a year. It’s far more simple and open and relaxed than Paris; it’s less snobby here. The architecture is fascinating. Maybe I would live here, but I don’t want to think about that too much. I’m already happy if I could manage the projects that I have in France already!

cafebabel.com: Is it a worrying thing to be in this industry at such an age?

Christa Theret: I am aware that it’s an industry where there is not too much stability. I know that I might not be here in a decade’s time still, even if my films do well. I try to enjoy it as much as I can and put everything into context; not losing my mind if a director doesn’t pick me for a film, for example.

There’s more to life than just cinema. It’s a sector which has hurt and killed people. Cinema is a very privileged milieu; everything around it, including the pay checks, the recognition, is obviously very prestigious. Our working conditions are very satisfying and actors enjoy the flattery. 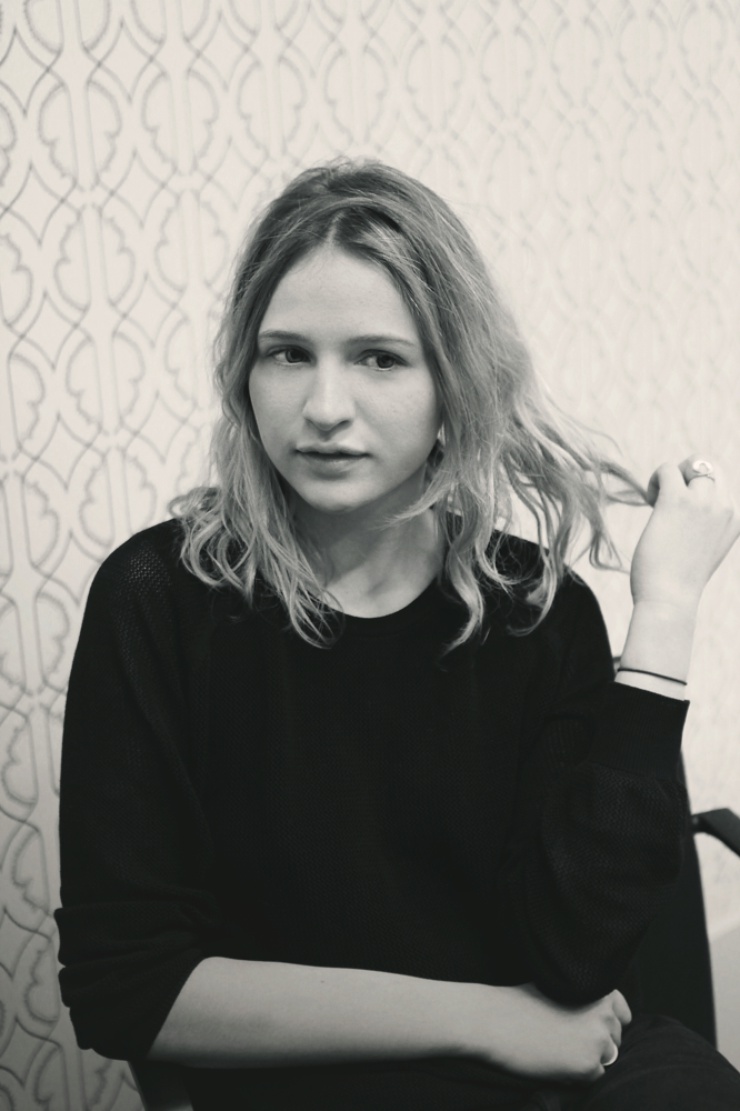 cafebabel.com: Have you found your style has evolved in time?

Christa Theret: I was very naive when I was an adolescent in the business; people would come to me, so it was quite easy. I could handle it if it wasn’t working out for me, I thought. Now of course it’s a little bit different – we put more pressure on ourselves and we want to do well, for ourselves but also for our entourage and audiences. I am more stressed now about my career.

cafebabel.com: Who would you like to work with in the future?

Christa Theret: I really like Joaquin Phoenix, he is a fascinating actor. Isabelle Huppert from the French side. I love Michael Haneke’s films.

cafebabel.com: Your collaboration with the French director Claude Lelouch never came about, so when will you be popping up on our screens again?

Christa Theret: Three of my projects are currently in financial negotiations right now. I am a bit superstitious so I’d prefer not to say too much.

cafebabel.com: What would you like to do in the future?

Christa Theret: I’d like to do many different things: I’d like to play a character in homage for example. It’s beautiful to be able to get someone who deserved it known, or to work on a cause, like Django Unchained did for the issue of slavery in America. I’d like to be part of a more engaged cinema.