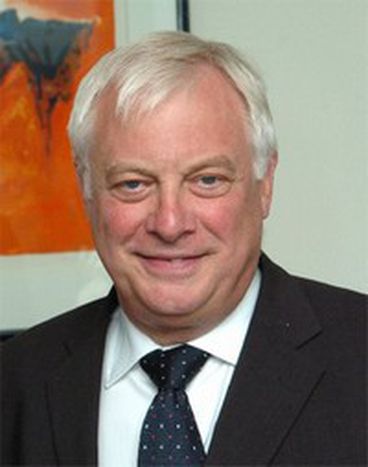 Chris Patten, Quite the Politician

Ex European Commissioner for External Relations, Chris Patten, reveals his views on Europe and the world in his refreshingly frank book, Not quite the Diplomat. He talks to café babel in equally open terms.

“Bill Clinton, José Barosso, Kofi Annan…” lists the director of the LSE, Sir Howard Davies, in a casual manner, as he points at the framed photos of former speakers at the university. Listening attentively is a man who himself easily fits into the same category of highly influential decision-makers: Chris Patten, who has occupied a myriad of functions within the public domain, including Chairman of the Conservative Party and Governor of Hong Kong.

As the LSE director finishes his brief introduction, I walk in and grab a seat next to the former EU Commissioner. He is here on my campus today to promote Not quite the Diplomat, his latest publication on world politics. In this book, the ex-politician transgresses all barriers of political correctness, thereby making it a delightful and atypical read. According to Lord Patten, the President of Pakistan, Pervez Musharraf, is “not a democrat”. Vice-President of the USA Dick Cheney’s style is to stick “two fingers” up at the outside world. Russian President Vladimir Putin is a liar. Everyone in the upper echelons of society may think it, but only this man has the guts to write it down so explicitly.

Standing up to Eurosceptics

Yet, to say that the current Chris Patten has been reduced to a sulky old backstabber would be wholly incorrect. His dissatisfaction with the state of the world also flows into careful scrutiny and several uplifting proposals for an international agenda of change.

In attempting to clarify the views of this pro-European Conservative (a rare species in the UK) on international affairs, I commence with the much-debated topic of the UK and Europe. “The most important thing here”, according to Patten, “is for the UK to have bolder political leadership. Too many politicians have run scared of the Eurosceptic, and sometimes xenophobic, parts of the press. Politicians need to set out the positive case for Great Britain to play a leading role in Europe.”

Hear, hear! Yet, as commentators are keen to point out, one thing often barring the UK from fully engaging with Europe is its conflicting loyalty to the US. How far should Downing Street continue to go in supporting the unilateral manners of the Bush administration? “I don’t think Bush’s foreign policy is typical of American politics. When you look at the opinion polls, it doesn’t seem like a majority of Americans have fundamentally changed their view of the world. We shouldn’t assume that the direction in which the assertive nationalists and neoconservatives have shifted things represents anything permanent. In order to help win the argument for international cooperation, Europe has to demonstrate that it doesn’t want to be a rival, but a partner of the States. And secondly, it has to play a bigger and more responsible role in making multilateral solutions work.”

But nowadays, such multilateral outcomes are only possible when they include the ever-growing Asian giants, such as China. If the pundits are to be believed, much of the 21st century will be shaped by this powerful nation, thanks largely to its recent economic boom. However, the future of the ‘Middle Kingdom’ is still very much in flux: will it turn into a democratic egalitarian utopia or a totalitarian oligarchic disaster? “I don’t believe that China is totally different from everywhere else. While it is possible to promote economic development without democracy, it is very difficult to sustain economic growth without greater participation and the rule of law. And even more difficult to promote innovation in such a [centrally planned] economy.”

The former Minister for Overseas Development compares the country to another successful Asian tiger. “India is already democratic. Having made economic changes it has begun to grow. It won’t have to make any more fundamental political changes to facilitate further economic growth. China, sooner or later, is going to have to make the political shifts that can accommodate economic and social change. It’s in all our interests that this happens smoothly rather than chaotically.”

Back to one of his primary areas of expertise: European politics. What would the former Commissioner’s advice be for his current successors, given the build up of negative news surrounding the Brussels establishment? “In my view, they should focus on delivery and be a little more pragmatic. I don’t think that it makes much sense to continue to press the case for greater economic and political integration. We have had about as much of that as the market will bear. But the EU does need to be braver and more vigorous in pressing for a more liberal agenda in economic issues.”

I now decide to widen the question and ask for some advice for politicians in general. What are the prerequisites for anyone wishing to engage in public affairs? “Heavens”, sighs Patten. Then the unofficial ‘Doctor in Politics’ provides me with his prescription: “It is extremely important to recognise that politics isn’t like any other career. The sort of careerism that might be acceptable in financial services or chartered accountancy doesn’t seem to be either possible or commendable if you’re in politics. Politicians should have a clear set of principles and values, which they stick to.” Wise words from a man who has fought long years in the political arena and has come out an accomplished public figure.