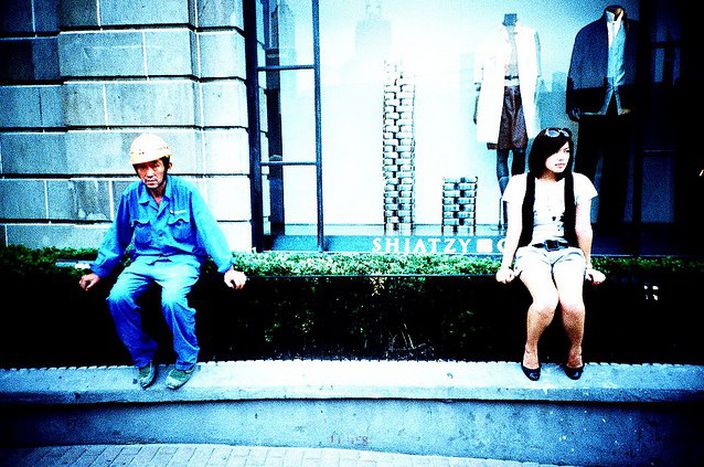 On 14 February China overtook Japan as the world's second largest economy. Signs and portents of the arrival of a new great power were everywhere from the middle of January 2011

First there was the highly publicised Chinese purchase of eight billion dollars worth of Spanish bonds. Using its immense foreign currency reserves to buy up sovereign debt gives Beijing political leverage at a time when public finances in countries on both sides of the Atlantic are in such serious disarray. Then there was news that China had surpassed Japan to become the second largest national economy on the planet, as measured by gross domestic product (GDP). Although nervous American elites could still take comfort in the fact that American GDP is three times the total Chinese GDP, comparison of purchasing power parity (PPP) in the two countries shows the Chinese economy might be larger.

'Bright, shared, hopes for the future'

During the visit to China of US defense secretary Robert Gates, his hosts revealed stealth aircraft developed years sooner than outside observers had projected. The new Chengdu J-20 fighter was a reminder that economic strength is usually translated into military strength. Optimism about soft power in international affairs notwithstanding, military might remains the ultimate measure of state power.

Finally there was friction in the comments made by presidents Barack Obama and Hu Jintao during their 19 January joint press conference at the White House. Before they ended with perfunctory pieties about 'shared hopes for the future' (Obama) and 'bright future for the world' (Hu), the international rivalry between the leaders of a status quo power and a revisionist power was difficult to miss. Where Obama was determined to cast China in the limited role of a regional East Asian power privileged to assist the US on Iran and Sudan, Hu was just as determined to give China and the U.S. equal billing on the world stage. Assuaging the status anxieties of the Chinese leaders will require using the sort of 'partnership' and 'increasingly multinational world' terminology that German foreign minister Guido Westerwelle adopted to describe the Sino-German relationship during the November 2010 Hamburg Summit. As it happens, the Germans know something about the resentments that motivate the leaders of revisionist powers.

The political classes on both sides of the Atlantic have reason to be concerned by the movement of the global economic center of gravity from the Atlantic to the Pacific. Political power in the international system will inevitably follow. Although several liberal democracies have been established on its eastern periphery, China remains unashamedly illiberal and authoritarian. Contradicting the promises of those who lobbied successfully for Beijing's admission to the world trade organisation though the nineties, prosperity has strengthened Chinese nationalism rather than generating popular demands for liberal democratic reform.

Nationalism matters not only because it legitimates the repression of political dissent but also because it tends to produce demands for the resolution of territorial disputes with neighboring states. The most dangerous of these disputes involves the status of Taiwan, but China also claims national sovereignty over the Spratly Islands and Paracel Islands. Although a long way from the territory of any member state in the European Union, these disputes are significant because China is unlikely to be appeased by words alone.

The temptation for revisionist powers in a multipolar international system is to play the spoiler whose cooperation must be purchased at a high price. What the rest of the world needs from China is serious engagement in global governance on a range of issues, most urgently on currency exchange rates, climate change and rare earths supply. Eliciting engagement may require sacrifices to satisfy Chinese nationalism. Releasing the Renminbi to appreciate to its true value, setting real limits on carbon emissions in the world's largest economy, and assuring access to rare earths for the manufacturing of hybrid and electric automobile batteries is objectively more important for the welfare of most people on the planet than the national flag flying over valueless rocks in the South China Sea. Small sacrifices to the gods of high politics may be necessary to reap blessings from the gods of low politics.