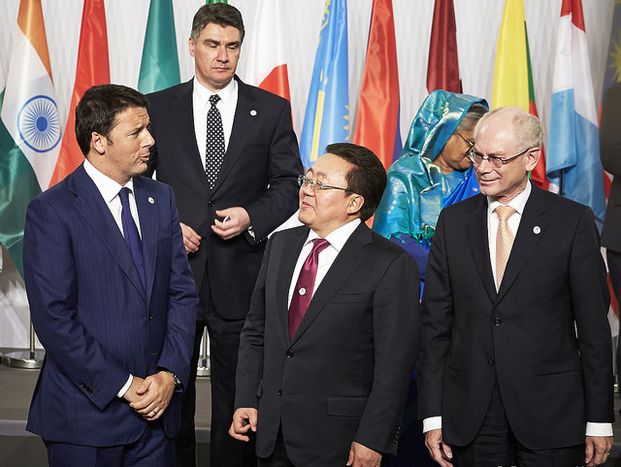 China turns to Europe (for the Golden Visa)

Little by little, Southern Europe is welcoming more and more Chinese citizens. The European crisis in the Mediterranean countries is giving rise to an Asian investment never seen before.

First it was Portugal and Spain, followed by Greece and Cyprus, and now, the Chinese giant is making its move towards Italy. The scheme began in 2012 and it's quite simple: invest a big amount of money in the country and in return you receive a Golden Visa offering a residence permit.

In exchange for investing millions in local businesses, promoting jobs, or acquiring properties, Chinese families were given the opportunity of gaining residency permits to a number of European nations. They have also the benefit of free travel all over the EU within the 26 Schengen countries, and after some years they can apply for citizenship in the host country, although this varies from country to country. In Italy's case, it is after 10 years. In Portugal, it’s after 6 years.

The small print of the Golden Visa

In the Portuguese and Spanish case, the minimum investment amount is 500,000 euros in a property or the creation of jobs in the host country. In Greece the purchases must be at least 250,000 and 300,000 in Cyprus. In Portugal, for instance, visa holders must spend a minimum of seven days in the first year and 14 days in the following four years. In fact, the law was changed. In the beginning, investors had to spend at least 30 days in the country, but after the requirements on the duration of stay in Portugal were changed, the scheme has been attracting more and more Chinese.

The initial visa is valid for one year and can be renewed twice for two year periods. By that time, visa holders should be able to apply for permanent residency as long as they have fulfilled the compulsory residence time provided by law.

How is the economic impact of Chinese investment seen?

Portuguese entrepreneur Alexandre Soares dos Santos, former president and shareholder of a supermarket chain has said: "I hate Chinese investment because it brings absolutely nothing to our country (...) no know how, no management," he said quoted by Lusa. Also, Portuguese Socialist MEP Ana Gomes has said to the BBC "I think this is indeed a race to the bottom and it's actually something very anti-EU." This concern is based on the vulnerability to which Europe is exposed as it's literally selling access to the EU.

In the middle of October, the 10th Asia-Europe Meeting (ASEM), took place in Milan, Italy, under the theme "Responsible Partnership for Growth and Security". This summit was chaired by President of the European Council, Herman Van Rompuy, who represented the European Union together with European Commission President José Manuel Barroso. The session aims to fortify the dialogue and cooperation between the two continents. Li Keqiang, Chinese PM, noted that China attaches an extreme importance to its relations with the EU, China's largest trade partner. "We are each other's opportunities for development," he said.

One thing seems to be clear, as the European economy continues to struggle, it is presumable that more countries will join the race and fling visas to people from outside the European Economic Area who are ready to invest in property or businesses. The question remains: cure for its economic woes or threat of Asian dominance?