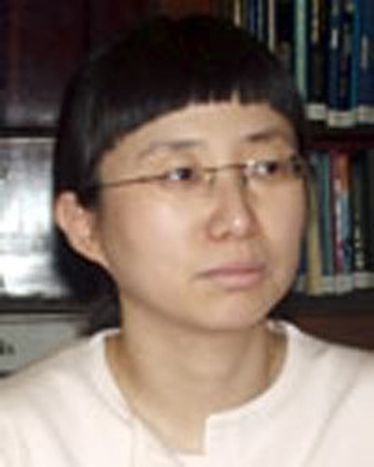 “China is an opportunity for Europe, not a threat”

Dr Yiyi Lu, Head of Chatham House’s China Project, spoke to café babel about the economic and social relations which bind the EU and China.

The emerging economic might of China means we have no alternative but to confront our fears of a country about which comparatively little is known. Concerns have been raised about what the development of China means for the rest of the world, but Dr Yiyi Lu, a senior research fellow at Chatham House (an organisation analysing international issues), is clear about the relationship: “China is an opportunity for Europe, not a threat.”

However, the relationship between Beijing and Brussels has been less than smooth. The EU arms embargo against China, which has been in place since 1989, and its clamp down on Chinese textile products are, according to Dr Lu, among two of the biggest challenges facing the future of China-EU relations. One of the main things hindering progress on these and other issues is the lack of a cohesive EU foreign policy towards China, because “individual member states have different policies and within the EU there are clear divergences on how to deal with China.”

Another obstacle to be overcome is the EU’s fear of cheap goods coming from China, which Dr Lu criticises as “ignorant”. She explains that while “China may export low cost merchandise to the EU, in return, EU countries can take advantage of the financial liberalisation which is slowly taking place in China. For example, an increasing number of UK firms are operating in China’s financial sector. Previously, there was no way that a foreign company could enter the Chinese market. Now this is possible.”

Although European manufacturers of non-luxury goods may not be happy about it, “retailers and consumers in Europe are enthusiastic about the increasing number of Chinese products entering their market, simply because the price offered by Chinese firms is unbeatable.” What’s more, China’s economic boom means that “prestigious brands like Gucci, Armani and Chanel have the possibility to offer European luxury goods to the emerging rich classes in China.” Certainly, China’s major cities sport huge shopping malls with genuine top name brands, aimed at the burgeoning nouveau riche and their increasing demand for quality. However, counterfeit products produced in China, imitating the more famous European brands, are flooding the market for the less elite both at home and abroad. And it will take more than occasional crackdowns, like the recent one in the XuiShui market in Beijing, to stop them.

As a result, the fashion houses who are being copied feel that they have very little control over what is being produced in China, which for them represents a serious threat. Dr Lu acknowledges this but argues, “this is the other side of the coin. Many of these famous brands already produce their T-shirts and clothes in China, therefore we should expect that some of these will be then reproduced. Although we should not justify this, it is a predictable side effect.”

Another bone of contention in Europe is the labour conditions to which the workers who produce these and other products are subject. Indeed, human rights in general are often not respected in China, despite the state’s promise, in 2004, to uphold the rule of law. President Hu Jintao’s recent visit to Britain was greeted by protests about a range of concerns, from the occupation of Tibet and religious freedom, to the secession of Taiwan. And Bush's conspicuous visit to a state-authorised church in Beijing this November was seen as an attempt to highlight the need for more religious freedom.

However, Dr Lu insists that “America is in no position to give lectures to China on human rights issues since America itself still has several matters to clarify. Until the US sorts out its own backyard, China will never take human rights seriously.” She also points out that “human rights concerns have not affected economic relations between European countries and China.” In other words, the EU’s stance in defence of human rights is nothing more than political rhetoric, because “economic interests precede human rights.” It seems that the EU position on this is very similar to that of the Chinese government, which has “consistently argued that economics and rights shouldn’t be linked together: trade is trade and human rights are human rights.” But Dr Lu thinks that this is not necessarily a bad thing since “economic binds will lead towards human rights and civil liberties. It would be a mistake to isolate China now, as an isolationist policy would only negatively affect the people and not those in power.”