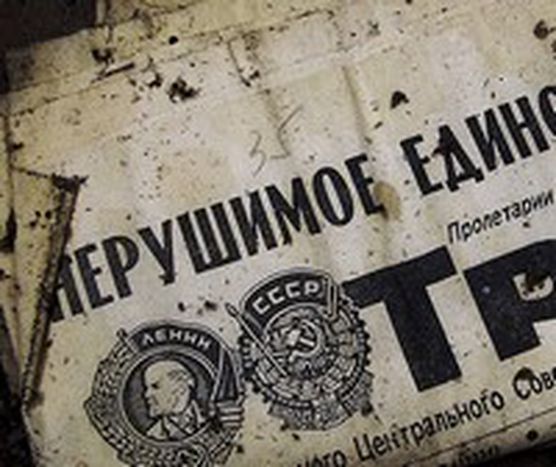 Twenty years after the disaster, the ghosts of Chernobyl are still haunting Belarus. As President Lukashenko tightens his grip on power, the catastrophe is becoming a political tool for the government and its opponents

The trigger for the new bout of confrontation between the government and its opponents was a UN report released in September 2005, which called for the stimulation of economic development in the Chernobyl region. Lukashenko used this to reinforce his long-term ambition to return life and activity to the affected lands (which constitute about a quarter of the Belarussian territory). The new government strategy is a grandiose plan to reinvigorate the region by providing ample investment and economic opportunities.

Lukashenko's optimism regarding the future of the affected area does not square well with the actual dimensions of the catastrophe. According to government data, there are 11,242 people with a Chernobyl-related disability and more than 115,000 displaced people. The government estimates the total financial burden of the catastrophe is around 235 billion dollars.

Lukashenko’s ambition to return people and businesses to the area around Chernobyl is not entirely based on humanitarian principle. Economically, he would get more resources and capital to work with. Politically, Chernobyl gives Lukashenko the possibility of decrying the inhumane character of the West, and, by association, the pro-West opposition.

West is not best

This is especially relevant for Lukashenko after his dubious re-election. The EU has just imposed a travel ban on his closest associates. Russia, in turn, has threatened to increase gas prices. Through skillful manipulation of Chernobyl, Lukashenko might claim back some of the political capital he has lost.

Paradoxically, to do this the authorities have intensified calls for greater cooperation with the West in dealing with the consequences of the disaster. This gives Lukashenko the right to point to the duplicity of the West and say: when Belarus needs you most, you decide to sanction us and distance yourself from the process of recovering from Chernobyl.

This castigation of the West is used to cast a bad light on the opposition. "The opposition was insisting that the West would help us, but the West helped no one," Lukashenka said. This vilification also allows Lukashenko to position himself as the sole saviour of Belarus.

Children of the fallout

Political struggles underlie even the rehabilitation of children who suffered from the catastrophe. In the past, most of them underwent medical treatment abroad at the expense of Western charities and churches. Recently, however, Lukashenko realised that a new generation of voters influenced by Western values poses a serious threat to his never-ending rule. He openly condemned rehabilitation programs as being part of a Western program of indoctrination which corrodes the minds of young Belarussians. It appears he would rather have them stay at home and live with a physical disability than develop a mental one during a summer in England or Italy.

To a large extent, Lukashenko himself is responsible for thwarting any help that the West could offer. Many foreign charities find his draconian laws and taxes create a system in which it is impossible to work. Rehabilitation of children abroad is an area where the West has already developed some expertise and could have offered more help. But in his drive to excoriate Western ideas from the souls of Belarusian children, Lukashenko imposed so many extra requirements that now only those with extremely severe disabilities can seek rehabilitation abroad.

For the opposition, Chernobyl is also a winning theme. From the very beginning, most opposition parties opposed Lukashenko's plans to repopulate the affected areas. Slowly, Chernobyl has reemerged as one of the dominant themes of protests against Lukashenko. For attacking Lukashenko on economic grounds is almost impossible; for an authoritarian state with state-controlled economy, Belarus is doing an outstanding job, with average growth of more than 9% in 2005.

However, the opposition often lumps Chernobyl with other themes, removing it from its social and ecological dimensions. "Belarus has two misfortunes: Lukashenko and Chernobyl. They are linked - we can say there was a nuclear Chernobyl, and a political Chernobyl," says Anatoly Lebedko, a leader of the Belarusian opposition. What exactly this means is not important; to compare Lukashenko to Chernobyl is politically advantageous; the otherwise clumsy metaphor resonates with people's emotions.

The anniversary of Chernobyl on April 26 has become a traditional date for the biggest opposition rally in the country. “Chernobyl March”—the name of the rally—symbolizes the pinnacle of the protest activity in Belarus.

This year's rally will build on the momentum that the opposition gathered during the presidential elections in March. It will be focused on the possibility of democratising Belarus rather than that of mourning about the tragedy.

However, if they truly want to succeed in Belarus, they should supplement their criticism of Lukashenko's plans with their own strategies on how Belarus can live with Chernobyl. If they don't, they commit Lukashenko's mistake: removing the tragedy from the context and turning that into a tool of political campaigning.