As of today, the French satirical magazine Charlie Hebdo is being published in German. Do the Germans need rescuing from their lack of humour? Why exactly are the French uninterested in the much larger English-speaking market? And will the jokes translate?

The Germans, who famously have no sense of humour, are being given an early Christmas present. From 1 December 2016, a translated version of the well-known French satirical magazine Charlie Hebdo will be available in Germany.

The German people showed great solidarity following the attacks on Charlie Hebdo’s offices in Paris in January 2015. The “survivor’s issue”, which was published a week later, had the highest amount of sales in Germany, with 70,000 copies sold. Charlie Hebdo cartoonists were often invited to events in Germany, where a lively exchange came into being. 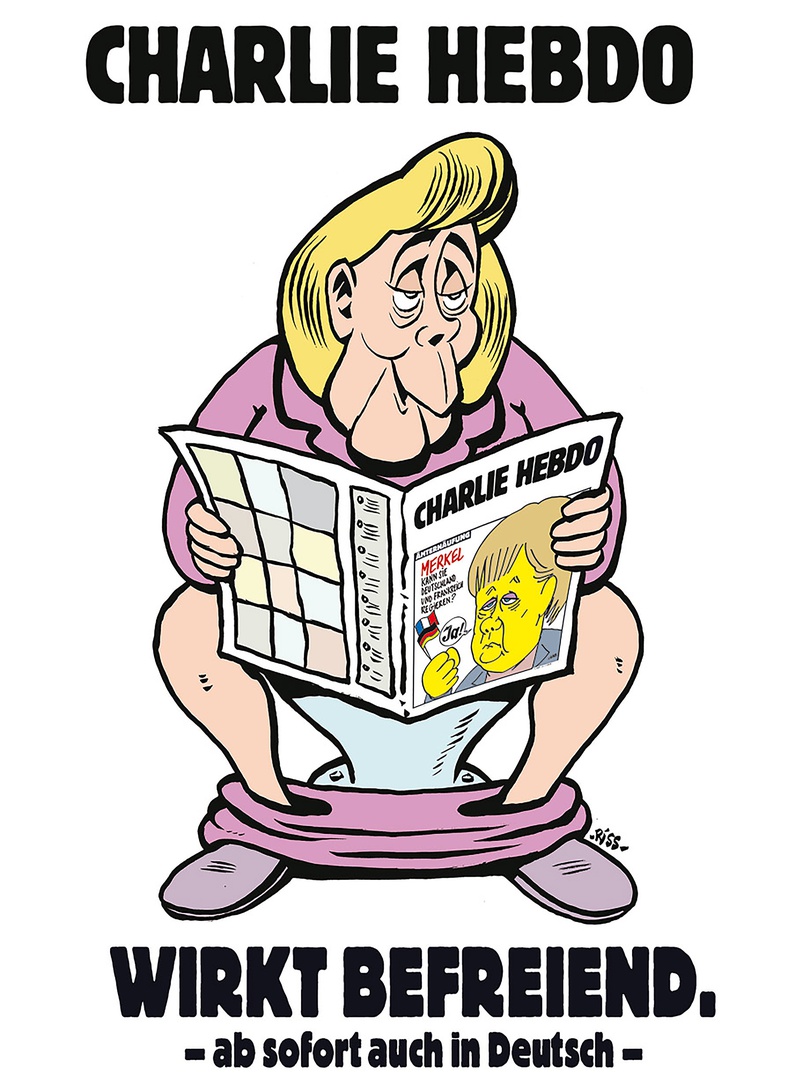 The editor-in-chief of the German-language edition, who publishes under the pseudonym Minka, adds: “It is clear that the effort to maintain good German-French relations seems to be working! Even if relations have historically always been very institutional, clearly the Germans have grown much closer to the French emotionally. It almost feels as if they too were victims of the events in Paris - not only during the attacks on Charlie Hebdo, but also afterwards.

And the shared suffering with their neighbouring country is by no means all. “There has been a passionate debate about press freedom in Germany,” Mina explains. She is convinced that Germany needs Charlie: “In a time when there is still plenty of talk about the ‘lügenpresse’ [a German term meaning ‘lying press’ first popularised in Nazi Germany. Ed.] it will do good to have a fresh perspective on Germany; one that comes from an external source and is therefore less ‘overly intellectual’ and ‘filtered’.”

Their first issue deals with the Volkswagen emissions scandal and Angela Merkel running for a fourth term as German Chancellor.  Merkel is already gracing their promotional posters – sitting on the toilet with a copy of Charlie Hebdo in her hand. Other topics include the leader of right-wing party AfD Frauke Petry; the Germans who met the Charlie Hebdo illustrators; and also an exclusive four-page report specifically on Germany: “Bad mothers and the fatherland” are the two key terms that Minka throws around.  However, the edition will primarily consist of illustrations which have already appeared in the French-language version, translated into German. 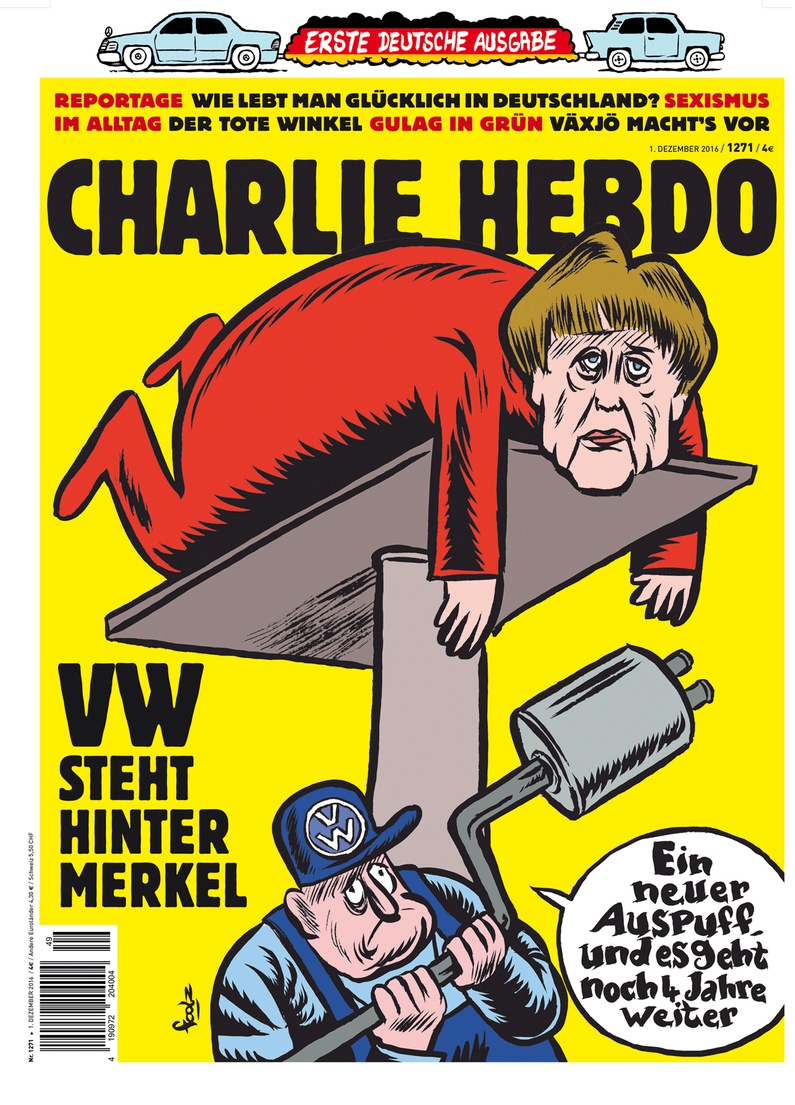 But in all seriousness: will the jokes really work in translation? It’s doable, says Minka: “Charlie Hebdo’s humour can be understood across the globe.” Aside from the content, which was specially conceptualised for a German audience, most of the illustrations and texts come from the original French, even if the translations were often quite time-consuming.

The first run will comprise some 20,000 copies, after which supply will be tailored to demand. And the demand is high, according to Der Spiegel and Die Welt. There is an active discussion on the Charlie Hebdo Facebook page, and the German comments are all positive: the German-speaking community is looking forward to the publication. On the other hand, some French commenters seem a bit more sceptical. One writes: “I have been living in Germany for years and have always had to defend your jokes in discussions with Germans. I don’t think that your satire will come across well here, but I wish you success - and I am personally looking forward to becoming acquainted with your German humour.”