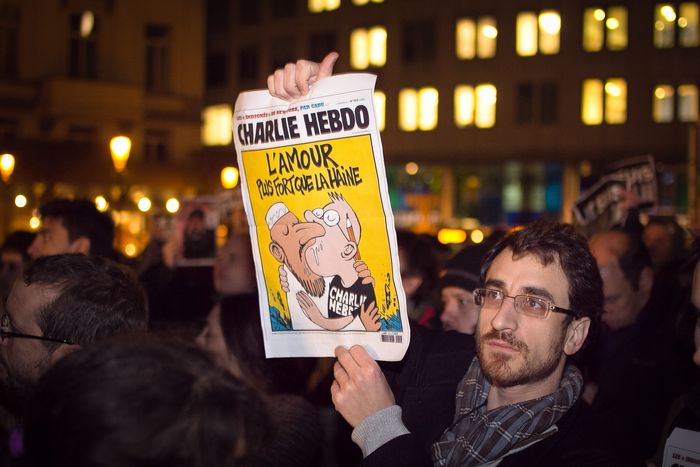 Cafébabel offers you a brief history of Charlie Hebdo, the French weekly newspaper which was the subject of an attack in Paris on Wednesday, January 7th.

The editors, cartoonists and writers of Charlie Hebdo who were savagely murdered in Paris last Wednesday morning have a long history of collaboration, going all the way back to the 1960s when cartoonists Cabu and Georges Wolinski joined recently started monthly magazine Hara-Kiri. In 1969, the magazine went weekly. But Hara-Kiri Hebdo was soon banned by the French government after making fun of the death of Charles De Gaulle with the headline "Bal tragique à Colombey, un mort" (A tragic ball in Colombey, one dead).

Weekly Charlie Hebdo was quickly formed and published until December 1981. The year 1992 saw Charlie’s resurrection. The National Front and extreme right-wing were frequent targets of the magazine, which was often taken to court by the Front and sued for libel.

In 2006, Charlie Hebdo again came into the public eye with the republication of previously banned caricatures of the Prophet Mohammed that had originally appeared in Denmark. 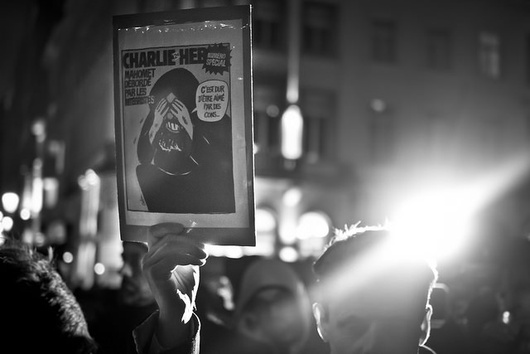 The irreverent Charlie Hebdo has been characterized by the pointed cartoons that appear on its cover every week, which have mocked the Catholic Church, Islam, Zionism and the National Front in equal measure. One cover, entitled "Pope Resigns" showed Pope Benedict in an ostensibly homosexual embrace with a love-struck Swiss guard, declaring "Free at Last". Another issue was called "Sharia Hebdo", the latter picturing a cartoon of an Islamic-type cleric and bearing the admonition "100 Lashes If You Don’t Die Laughing". Many covers depict France’s president in various humiliating positions.

In 2011, the magazine’s offices were firebombed and the editors moved to an inconspicuous location. But even though their attackers in January 2015 first mistook another doorway for the paper’s entrance, the new address and the presence of a bodyguard for managing editor Charb was not enough to save the staff.