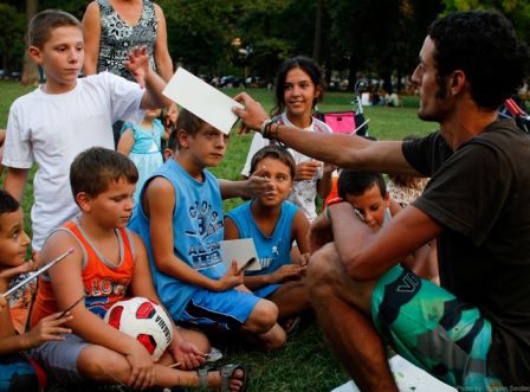 At the end of the Euroadtrip2012 project Jorin from Germany, Alex from Italy and Ondrej from the Czech Republic are standing in front of a kebab shop. They order Turkish pizza, falafel and doner – Jorin does it all in Turkish. Alex and Jorin met in Istanbul last year and together they came up with the idea to initiate a hitchhiking trip through Europe in order to support social projects. The route was from Istanbul to Berlin passing through 17 countries on the way; the participants came from 10 different nations. The only precondition was that they had to have an account at the travel platform couchsurfing.org and be willing to work during their summer holidays.

What was the concept behind your project?

Jorin: We wanted to travel with other people from Europe by hitchhiking. In every city where we’ve stayed we wanted to have a street art campaign to raise funds for two social projects we were supporting in Albania and Bosnia-Herzegovina. We didn’t do this trip just for ourselves, but also for the public. 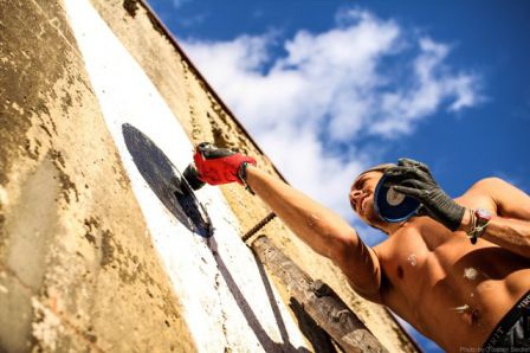 Alex: In every city we’ve stayed we asked the local authorities for permission to do our campaigns. Most of the time, we didn’t have any problems. We painted walls and held art workshops for kids. This way we got into conversation with the local people and were able to explain to them what we were actually doing there. They gave us massive support, both material and financial: Food, accommodation, a ladder, lights!

Alex, Jorin, Ondrej: Oh yes, we slept in our tents; in city parks, student residences, on balconies, in gas stations, in an abandoned factory, on camping sites, on beaches, in squatted houses. 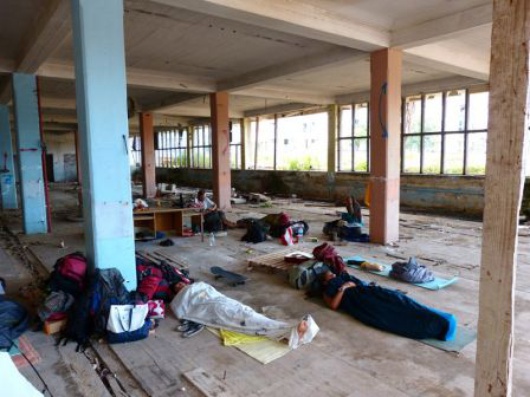 The ever changing team you’ve been on the road with was made up of 10 different nationalities. How did this work out? 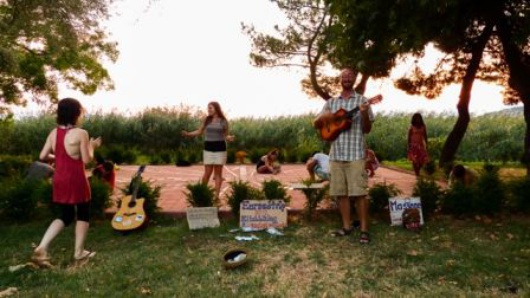 Jorin: It was more difficult than we expected. One of the biggest challenges was to tell people that we were not on vacation; rather we needed them to help out. We were travellers, not tourists. We were not the kind of people who just came randomly to hang out at a beach and go to a club at night. We were interested in the people living there. Not everyone understood that right away.

What did you learn from it?

Alex: The way to cooperate and collaborate with people you don’t know. How to convince them of what you would like to do. How to figure out the personal skills of each person and implement them into the project. Artistically it’s been great to paint on large house walls. From the paper to the wall! 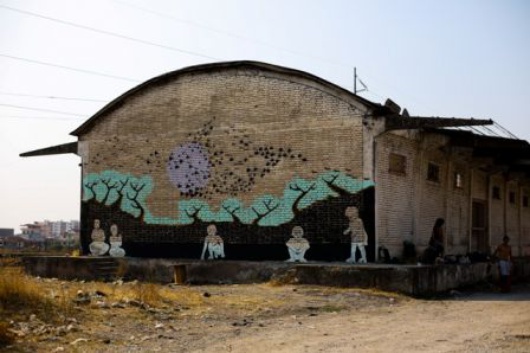 Jorin: I’ve learnt quite a few practical things: how to program a website, how to do marketing for the project and PR work and how to approach people. There’s always a point where things get stuck and you need to overcome them. To deal with setbacks and criticism, to let things go and to tweak ideas. You simply have to get things done and find a solution.

What has been your personal highlight during the trip?

Alex: When people were happy with the mural I painted and gaining their recognition. You simply can’t buy that kind of satisfaction.

Jorin: When I realized for the first time that we had become a team that was working together in a productive way.

Ondrej: I remember the small things we did in particular. Like when we were playing with the kids in the street or when people stopped in the street and starting talking to us. You can change a lot with little steps.

The trip managed to raise 825 Euros. But we can raise more! Please donate here: