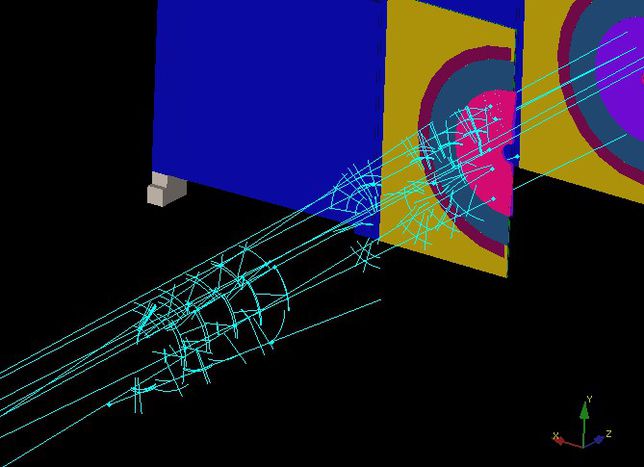 On 10 September, the EU organisation for nuclear research in Geneva launches the biggest experiment of the history, funded by 20 EU member states - including the UK - to replicate conditions of the big bang. Exclusive interview with its director general, as a legal bid is filed at the European court of human rights

8 billion dollars. 1991. This is how much has been spent on, and how long the 'Large Hadron Collider' (LHC) experiment has taken CERN, the European organisation of nuclear research, to launch. On 10 September, physicists will try to reveal the secrets of a fourteen billion-year-old universe. Technically speaking “a huge LHC 'accelerator' machine will collide particles (quarks) and four detectors ('ATLAS', 'ALICE', 'CMS' and 'LHCb'). Built 100 - 127 hundred metres underground, inside 27 km (17 mile) long tunnels, these will observe millions of collisions close to the speed of light. CERN physicists call these collisions 'mini big bangs'. 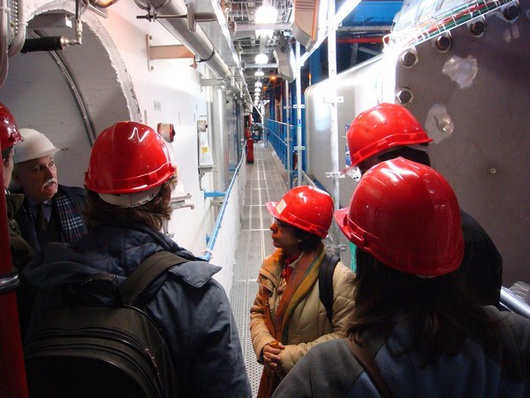 This is real science tourism. I join 50, 000 visitors from all over the world at the CERN open day on 6 April. Helmets and oxygen tube belts are donned. No-one checks my Turkish passport as I cross the border to the second batch of experiment centres, which lie on a 27km stretch between France and Switzerland. You might have heard of CERN, whose Tim Berners-Lee founded the worldwide web in 1989, in American author Dan Brown's science fiction novel Angels and Demons. The character of CERN scientist Leonardo Vetra, a former priest fighting against the Vatican, could cause doomsday if the anti particle he has created makes contact with air. In real life, CERN did indeed create the anti particle; but it is not so dangerous. Nevertheless, on 1 September an appeal was launched at the European court of human rights to stop the experiment; some scientists are claiming that black holes will appear and it will take four years for them to bring about 'doomsday'. Reaction from director general Robert Aymar.

On 21 March, two scientists applied to Hawaii's district courts to block the experiment, fearing 'doomsday'. What was your reaction ?

Surprised. It was risky to implicate an international body like CERN. It is like suing Turkey, but we don't care.

Did they appeal to the courts in an attempt to be famous?

Yes. It seems they tried to make some propoganda for themselves. These people already appealed in two previous experiments done by Fermilab. Ridiculous. What is Honolulu, its court “ it is just like a totally unknown part of the planet.

English newspapers in particular describe the LHC experiment as a research of 'god matter'.

They are referring to the Higgs or 'God' particule, a name given by 1988 Nobel prize-winning scientist Leon Lederman. The American was trying to find a catchy title for his physics book ('The God Particle: If the Universe Is the Answer, What Is the Question?', 2006). Disappointed at not discovering the Higgs particule over the years, he branded it the God-damned particule, but his publisher thought 'god' was catcher.

Do you look for the main matter?

Yes, it would be nice - Mr Peter Higgs would be quite happy! If not we will find something else which provides us this particule. Perhaps we will get the Nobel prize!

What is the biggest discovery that LHC could make? 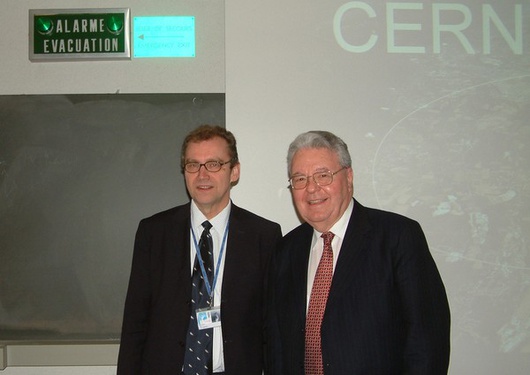 I used to say that we have made tremendous progress in the dicipline of elementary particules over the last thirty years. Our matter is being built through these. We should be very satisified with the status, as that's why we have so many Nobel prizes which have been coming along the years. But we missed understanding what is beyond this energy and there is no better way than an experiment to find out what is missing.

But if you ask which are the most elementary particules for our knowledge (do they have spin? Mass?), we don't understand where this mass comes from, or how many different particules there are with how many different masses. We don't know how it can be when we say one litre of milk has a different mass to one litre of water. The oldest model comes from 1963, and we will provide the proof to say if this this model is wrong and another one is working. We will discover if it is for example matter or anti matter. After the creation of the universe, density was large enough for its radiation and particules to be in equilubrium. That means the radiation cannot escape, which absorb particules, etc.

What inspires CERN scientists (comprising 2500 employees and 8000 visiting scientists representing 580 universities and 85 nationalities), to work day and night to learn about the secrets of the universe?

How the universe was built. It is blurry. We should reign the universe, this is our business. Meanwhile relationships at CERN are quite open, we have scientists from all over the world. We are quite glad to meet people who are different, even if we don't understand each other's languages sometimes.