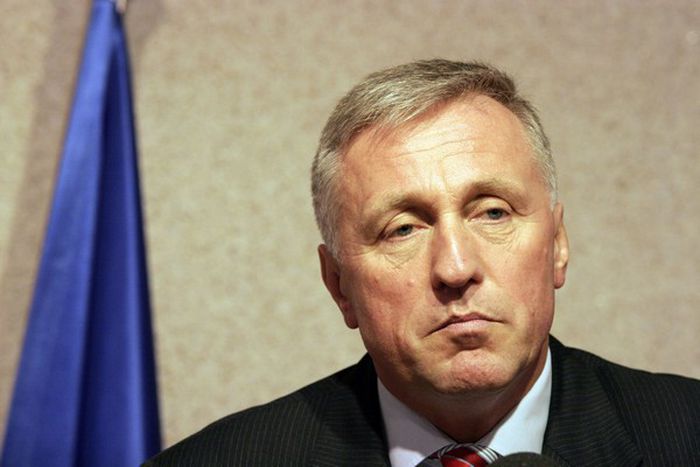 On 24 March, the Czech government collapsed with a vote of no confidence in parliament. The country's constitution dictates that prime minister Mirek Topolánek must now resign. The German, Portuguese, Slovakiana and Czech press fear that developments in the Czech Republic, which holds the EU council presidency until June 2009, will weaken Brussels as well

The left-liberal daily writes on the collapse of the government in Prague: 'What people considered the worst possible scenario has now become reality. In the middle of the Czech EU presidency the government has been toppled. And in the midst of the global economic crisis a helmsman is steering the EU whose arms are bound and who is powerless to lead the community to the best of his ability. This all goes to show how political egoism prevents political development in central and eastern Europe and is now harming the entire continent. Certainly, there are annoying conflicts in Berlin, and Italy has long suffered from party feuding. But in the post-communist cosmos the lack of a statesmanlike sense of responsibility and the hostility to democratic compromise is now wreaking an inordinate amount of havoc' (Klaus Brill) 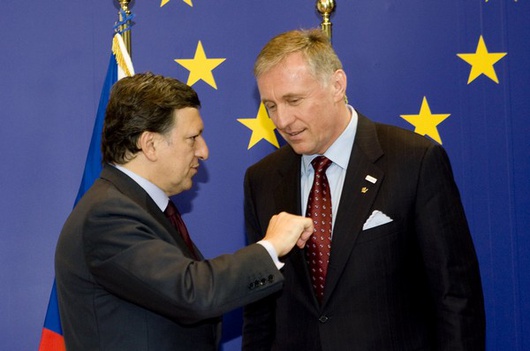 The daily observes with concern the collapse of the Czech government, particularly in view of the possible repercussions for the ratification of the Lisbon treaty: 'The collapse of the Czech government while the country holds the EU presidency creates an awkward situation. In Prague the Lisbon treaty has yet to be passed by the senate. The aversion of Czech president Václav Klaus to the treaty is well known, as is his desire to delay or even prevent its ratification in the Czech Republic. Even if the government remains in office until the end of the EU council presidency in June, it is nonetheless yet another blow for the Lisbon treaty. We shall have to wait and see whether it proves to be fatal'

The fall of the government in Prague could ultimately turn out to be positive for the Czech EU council presidency, writes the liberal daily: 'The position of Czech prime minister Mirek Topolánek and his ministers at the helm of the Union was already very weak. They had to spend an inordinate amount of time just trying to stay in power, and the Czech presidency only lasts for three more months.

The government will not resign immediately following the no confidence vote, but will remain in power until a new government is formed. Consequently, Topolánek's cabinet could stay in power until the end of the presidency. From this perspective it is important to ask how much time the government will have to focus on the Union, and that depends on developments in Prague. Early elections in the summer, which Topolánek has been envisaging, would leave his hands free. As outgoing prime minister he would merely have to dedicate himself to current issues, which means that ultimately he could be even more active in the affairs of the Union than previously' (Peter Morvay)

The collapse of the Czech government is testimony to the irresponsibility of a number of politicians in Prague, the chief editor of the liberal daily writes: 'It's not about the much talked-about European council presidency.

To be sure, it also brings shame on Europe and weakens the Czech Republic's position at the negotiating table, but Europe's statesmen and institutions will understand it. However the collapse of the government at a time when it should be taking steps - preferably in cooperation with the opposition - to help companies and the people to survive the recession is unfortunate, to say the least. And it is extremely foolish to topple the government at a time in which the global market has already lost confidence in central and eastern Europe as a result of the fall of the Hungarian government' ( Robert Čásenský)

Check out the view from ourbabelblog