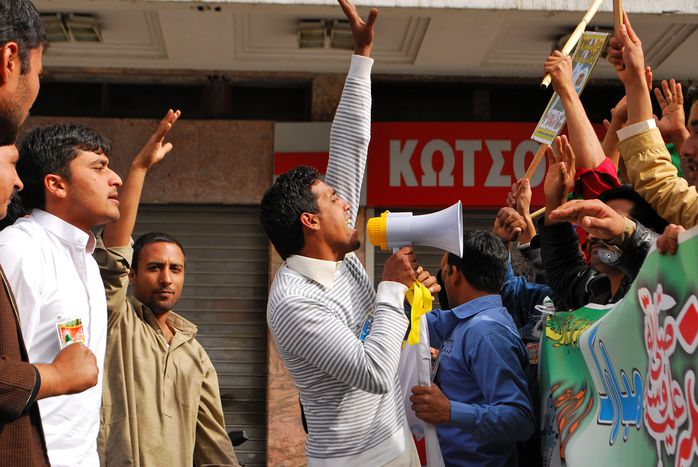 Celebrating eid without a mosque in Athens

For the first time, group prayer celebrating the end of Ramadan was held this morning in the Kotzia square by Muslims living in Athens, capital of a country which is 96% Greek orthodox - blog excerpt

It is still a question as to when the Greek government will permit the creation of a mosque? I also never understood why the Greek state has to pay for it.. Let's at least give permission to the Muslims to build their temples by their own means, thus avoiding the trap called Greek bureaucracy ...