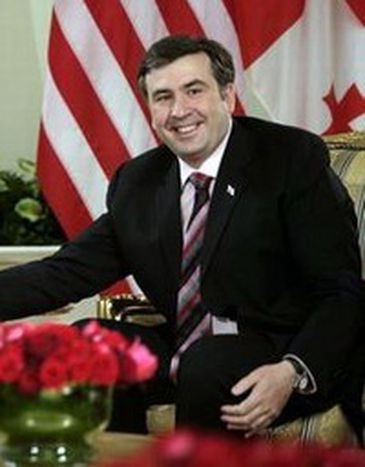 Despite the success of the peaceful 2003 revolution in Georgia, separatism, corruption and autocracy must be overcome to enable long-term development in the South Caucasus region.

The accession of Turkey to the EU would not only extend the borders of the European Union to Iraq and Iran, as opponents of the expansion like to emphasise, but it would also make the three small Caucasus republics of Georgia, Armenia and Azerbaijan into its immediate neighbours. These states border the oil- and gas-rich Caspian basin, and they are of high strategic importance for the EU in this respect because their opening-up would reduce Western dependence on Middle Eastern energy resources. However, thirteen years after obtaining their independence following the break-up of the Soviet Union, these three states remain plagued by numerous problems leading to inner conflicts and tensions with their neighbours.

Following the Rose Revolution in Georgia, which in November 2003 ousted the long-time president Eduard Shevardnadze, carrying the young pro-Western lawyer Mikheil Saakashvili to power, many had hoped that freedom would also soon flourish in neighbouring Azerbaijan. The press and opposition have been tightly controlled there, however, since President Ilham Aliyev successfully quashed protests against the rigged presidential election in October 2004. Initial enthusiasm about the success of the democratic revolution in Georgia has also faced rising disillusionment. Although Saakashvili has energetically fought corruption and implemented economic reform, he has proved to be increasingly authoritarian.

Viewed as an important ally to restrain Russian influence in the region, he nevertheless enjoys the full support of the USA and the EU. The inauguration of the Baku-Ceyhan oil pipeline in May 2005 was an important step to this end, concluding a geopolitical game of poker that lasted many years. Spanning a distance of 1,600 km, it connects the Azerbaijani capital city Baku on the Caspian Sea with the Turkish Mediterranean port Ceyhan via Georgia. The pipeline does not only allow the West to bypass Iran, but also avoids the usage of the Russian pipeline network, thereby further marginalising the power of Russia in the region.

Russia continues, however, to make its presence felt in a region that it views as its natural sphere of influence. The support that it grants to both Abkhazia and South Ossetia, small autonomous republics in northern Georgia, makes it difficult to find a solution for the conflict that consistently leads to tensions between the breakaway regions and the Georgian capital, Tbilisi. A solution such as that in Ajaria, where in 2004 President Saakashvili regained control when he succeeded in ousting the local power holder, Aslan Abashidze, remains out of sight.

Similarly in Azerbaijan, the conflict surrounding Nagorno-Karabakh also appears irreconcilable. A rebellion broke out in 1988 in this Armenian majority which ended in a stalemate that has lasted until today, following many years of civil war and the expulsion of hundreds of thousands of people. Armenia supports the enclave’s de-facto regime, which is not recognised internationally and is home to practically no Azerbaijanis since the expulsions. Meanwhile the relations remain tense between Armenia and Turkey, which has imposed an unwritten embargo against its small neighbour. The question of acknowledging the 1915 genocide carried out by Turkey against the Armenians makes a normalisation of relations difficult.

Georgia, Armenia and Azerbaijan all share the problem of separatism, whose persistence makes it more difficult to find a solution to other political and economic problems. Independent of this are issues such as the maintenance of democracy and human rights, and the fight against corruption and cronyism that are present in all areas of public life. The three states are in various stages of advancement as far as economic reform is concerned, and lie far apart in terms of democratisation. The EU must support all three states in the areas where progress is being made on the back of their own strength and accord, and push with full insistence in those areas where they have not acted. Regardless of whether Turkey actually joins the EU, the EU already has a sizeable interest in a democratic, politically stable and economically prosperous South Caucasus.