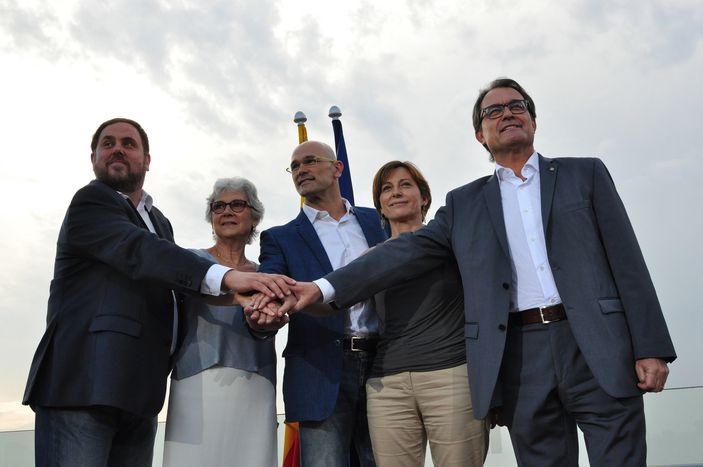 Catalonia files for divorce, but will it be successful?

Catalonia began the week as headline news in the international tabloids after announcing that it intends to divorce Spain without the consent of Madrid. Last Monday, the members of the Catalan executive passed a motion that will initiate the process of creating the Catalan Constitution, Treasury and social security system, the beginnings of a new republican Catalonia.

This is the long-awaited next step after the victory of the pro-independence coalition Junts pel Sí in the elections of the 27th of September and the following ambiguity that left Parliament without a president and with a somewhat uncertain future.

Nevertheless, it was only a question of time before a fervent and impatient Catalonia played its final card: the refusal of an immature central Government closed off to negotiations.

The executive of Mariano Rajoy has been characterized by its lack of policy during the growth of Catatonia’s independence movement, refusing to negotiate with the president of the Generalitat of Catalonia, Artur Mas, arguing that the only option for Catalonia was to initiate a period of modifying its constitution.

Changing the Spanish Constitution, however, would require a majority of votes in Congress, unattainable for the 47 Catalan representatives. After little cooperation on the part of Madrid and without a legal basis for obtaining more devolved responsibility, the only evident solution is divorce.

The problem is that, although being the only viable option, this puts Catalonia in a political limbo. With a unilateral declaration of independence, Catalonia infringes on the Spanish Constitution, which states that Spain is an “indissoluble” organization.

The only way to tackle a somewhat old fashioned Constitution is with international support, specifically from the European Union. However, Brussels, still recovering from waves of refugees and growing tensions in the Middle East, has little interest in giving shelter to the new Catalan state.

The European Council considers that the fragmentation of Spain would lead to a new wave of fractures, as other regions like Scotland, Flanders, Padania, Madeira, Bavaria or Scania seek independence, leaving a series of unstable micro-states that could bring new political conflict to the old continent.

This leaves Catalonia politically isolated in the face of the appeal presented by the Government of Mariano Rajoy to the Constitutional Court, which has suspended the motion of Parliament, a decision that forces Catalan politicians to continue infringing Spanish law.

Whether it ends with the establishment of the Catalan state, or with irreversible international shame for Catalonia, overall the pro-independence process has served to bring to light the evident deficiencies of Spanish policy, as well as the necessity of renewing their legal and political systems that continues to be based on undemocratic principles that limit rights as basic as the one of self-determination. It will be interesting to see the result of a divorce application that does not seem at all amicable.