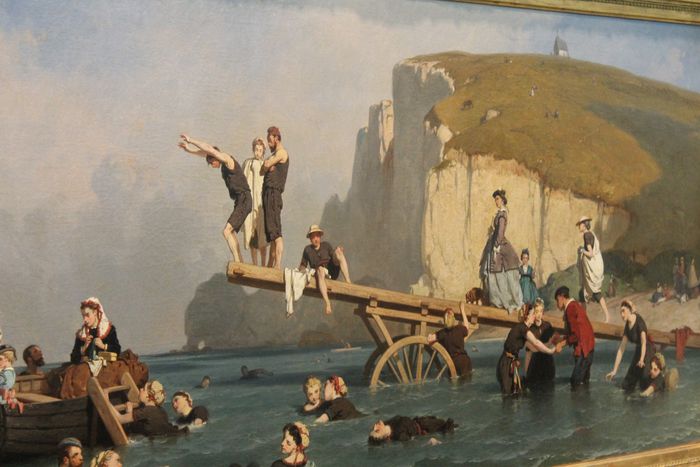 Sea, smartphone, sun… The unavoidable summer trio for most of people today. However, bringing all joyful moments in the open air allowed modern artists to create some beautiful paintings which have been assembled at an exhibition in Liège. Time to breathe and feel the fresh air while walking in a renewed museum building.

It is the beginning of the summer. A time of the year when everything we imagine takes place outdoors. While today we have all kind of tools and gadgets to take pictures which we share most often immediately, it is interesting to see the work made by modern painters to capture an instant. The exhibition “En Plein Air” (In the Open Air) at La Boverie Museum in Liège makes us dive into summertime. 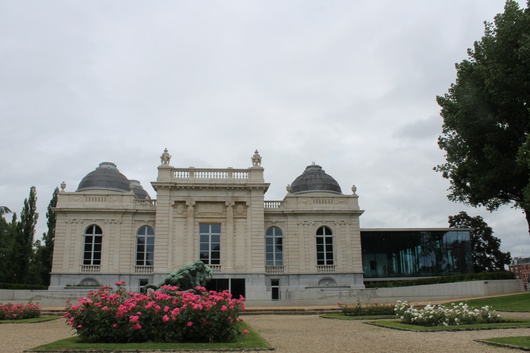 Inaugurated during a long weekend at the beginning of May, the museum forms part of a major change for the whole city of Liège and its region. Boosted by previous initiatives, like the movement towards setting Liège as the European Capital of Culture 2015 (finally attributed to Mons) and candidate city for the Universal Exhibition 2017 (attributed to Astana), local authorities and other organisations decided to bet on culture as one of the city’s image and character renewal. Thus, not denying its industrial past and heritage, but also building a colourful new future.

Cultural revival of former industrial sites has proved to give a new impetus in regions and cities like the Ruhr, Lens, Liverpool or Silesia. Therefore, due to its geographical position, collective commitment and good cooperation, Liège should encounter the so much wished success.

This seems to be already the case. The temporary exhibition (from 5 May until 15 August 2016), made in cooperation with the Louvre museum (as well as the Orangerie or Dallas museum), has received in its 5th week its 25,000 visitor. With over 700 visitors per day in the current gloomy climate for sightseeing, the Museum seems more than satisfied with the results. Especially that 1/3 of visitors come from abroad, thus partly renewing with the site heritage, since the museum stands at the venue of the 1905 Universal exhibition. 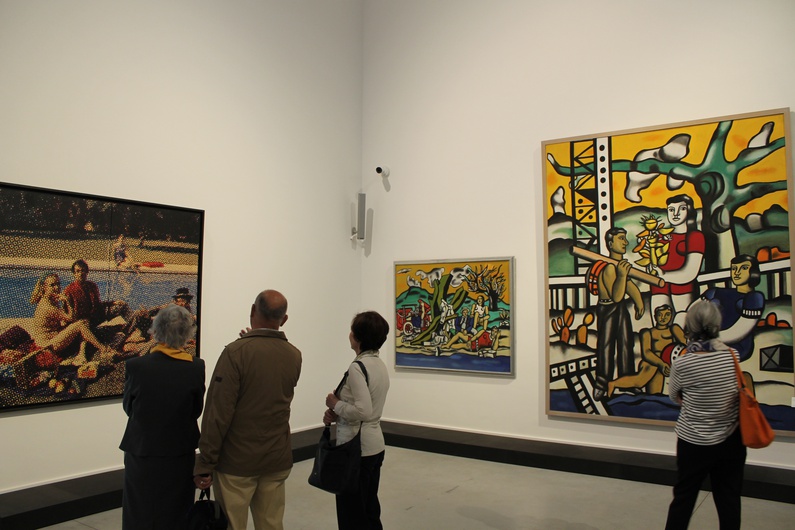 From the balloon in the park to the beach sand

The main poster of the exhibition features the painting of Antonio Carnicero Mancio showing the rise of a balloon in Aranjuez. This masterpiece from El Prado museum is situated in the first room of the exhibition paving the way for a love lesson in the park, full of 18th century paintings showing daily life scenes in a green scenery. 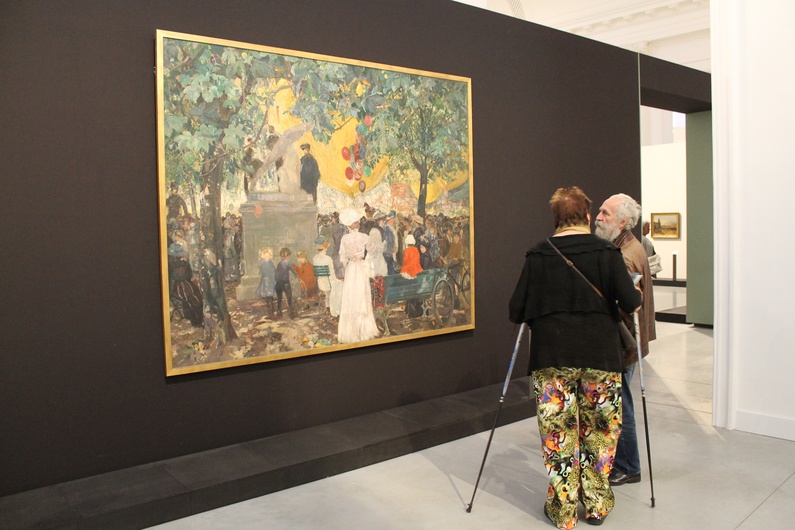 Going further, some postcards emerge. The “vedute” present panoramic views like those of some Italian cities or the “Port of Toulon” by Joseph Vernet. Water remains as key topic in the next room, where bars and other amusement places next to a river gave the opportunity to artists like Ferdinand Léger to illustrate the amusement of the crowds.

Amusement has surely also accompanied those playing or practising a sport. The Boverie Parc itself was a venue for nautical and cycling sports. It is the newly added museum part, designed by Rudi Ricciotti, that gathers pictures of those early modern swimmers and athletes. Fascinated by archery, Etienne Moreau-Nélaton has left some paintings showing the practice of this sport, present at  the exhibition. While looking at a painting like “Bain de mer à Etretat” of Eugène Le Poittevin it is worth to listen to one of the local guides who helps the decipher some of the incoherences featured on it.

The cube at the end of the new big room contains all expressions of a window view. Henri Matisse shows us a perspective of Nice and invites to look for more. The last part leads us to the big splash. Seaside resorts became fashionable in 19th century and thanks to various artists like Raoul Dufy we can see the wearing and behaviour habits of those times. Even Picasso presents us some bathing girls on the side. It’s time to end the walk, and even if sadness may come as the ethereal feeling disappears, the love image created by Vincent Bioulès remains in our mind for the rest of the summer. 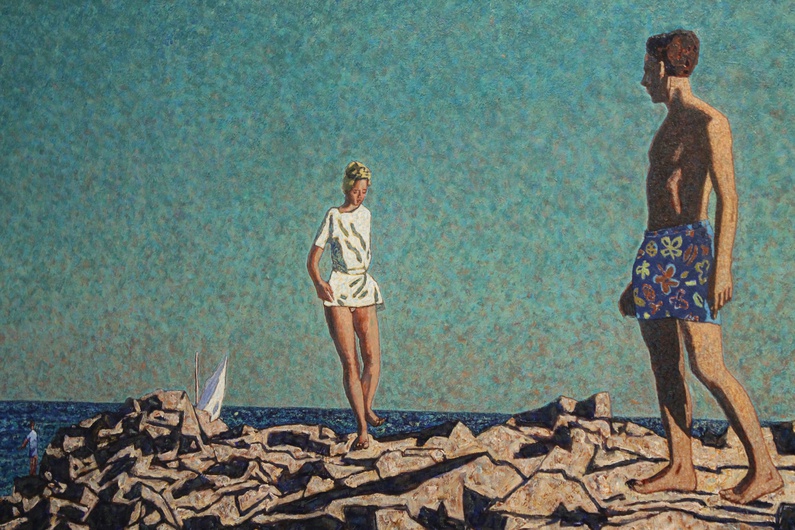 The old and new masters

Besides the temporary exhibition, the museum has an interesting permanent exhibition. Situated in the basement, it gathers medieval and renaissance paintings, as well as works of Constantin Meunier, Picasso or those bought by the city at the “sale of Luzern”, considered as degenerated by the nazi regime. At the same level some sculptures guide us to a dark gallery, where the visitor is enlightened by drawings or comics. In the auditorium next door, frequently organised conferences allow to deepen one’s art knowledge. 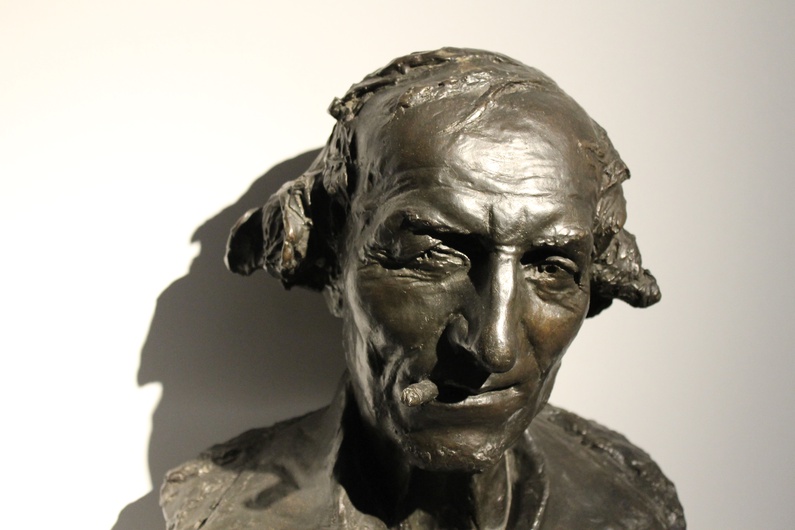 The Museum is located at the end of a short walk in straight line from the Guillemins train station. Designed by Santiago Calatrava, the station has contributed to modernising the city’s image and marked the start of reshaping the district around it.  Let’s see how the metamorphose goes further.