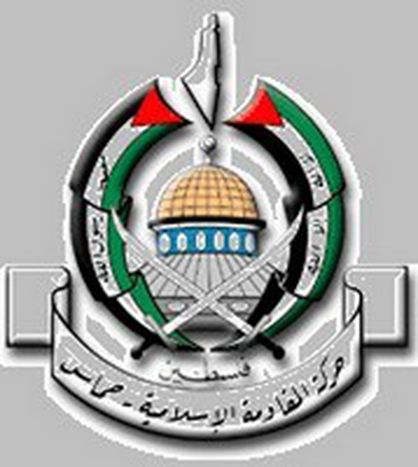 Can the Europeans trust Hamas?

The victory of Hamas in the Palestinian elections has left the EU a difficult problem: is it possible to negotiate with terrorists when they’ve been democratically elected?

After beating Fatah in the elections on 25 January, Hamas now forms the government of the Palestinian Authority (PA) under Prime Minister Ismail Haniya. Their main aim is to establish an Islamic state on what is currently the state of Israel, the West Bank and the Gaza Strip.

The European Union is therefore facing a dilemma. On the one hand, the EU would like to aid the establishment of democratic structures in the PA. On the other, it has classed Hamas as a terrorist organisation since 2003. Does the fact that Hamas now holds the reins of power call EU subsidies to the PA into question?

What are the roots of Hamas?

In 1988, the armed fighters drew up articles of association and decided on the name Hamas. The Arabic word is short for ‘Islamic resistance movement’ and also literally means ‘zeal.’

What is the position of Hamas towards Israel and the Jews?

In its charter, Hamas supports a violent form of anti-Semitism and uses Islam as its source of legitimacy. According to the charter, the whole of Palestine is a gift from God to Muslims. Each Muslim therefore has a duty to fight against the influence of “Zionism” (Article 32) and for liberation from the “Jewish occupation” (Article 15).

The killing of Jews is justified by a reference to the Prophet Mohammed, who allegedly said that “The hour of judgement will come only when the Muslims have fought and killed the Jews, to the point where the Jews will […] hide and each tree and stone will call, ‘O Muslim, O servant of Allah, a Jew is behind me, come and kill him’” (Article 7).

“So-called peace solutions” are firmly rejected. “There is no solution […] other than the Jihad.” (Article 14) ‘Jihad’ means struggle or effort. The ‘minor Jihad’ in the Charter refers to the war to defend Islam. “Only fire can fight fire” (Article 36). Hamas also supports the ‘major Jihad’, the fight against sins in one’s own life.

What are the activities of Hamas?

The work of Hamas is based on three principles. The first has been practised since the first Intifada, the Palestinian uprising in 1988; suicide (Mujahidin) attacks against civilians and Israeli soldiers. These attacks killed more than 200 people during the second Intifada between September 2000 and May 2003.

Secondly, Hamas and the ‘charity organisations’ with which it has close links, run schools, hospitals and similar services. In the Gaza Strip, they compensate for the failures of the public services provided by the state – one reason for its popularity amongst the people.

The third pillar of activity was set up only recently – governmental work.

The Israeli International Policy Institute for Counter-Terrorism believes Hamas has ‘substantial financial security.’ The organisation receives money from unofficial organisations in Saudi Arabia, the Gulf States and Iran as well as from a large network of ‘charity organisations’. Many Muslims donate their Zakah, the alms tax, to these organisations. They then use some of the money donated for social causes, and some of it to finance the armed combat of Hamas.

Hamas has financial problems, however, concerning its governmental role. Israel is currently holding back around $55 million from the PA in tax and customs duty. The money is urgently needed to pay the PA’s 160,000 salaried staff.

Should the EU work with Hamas?

In the Middle East, the EU is striving for a bi-lateral solution and for the condemnation of terrorism, exactly the opposite of the aims of Hamas. The new ruling party still refuses to lay down its weapons and recognise Israel. Should the EU therefore cancel its payments to Palestine, which total around $610m each year?

The answer is a definite no. Firstly, the Palestinian economy has been in a recession since the second Intifada. Accommodation for refugees, books for schools and money to train civil servants are needed now more than ever before. Such measures could create a modest prosperity and foster democracy. Secondly, the payments could be a way of restraining Hamas. One does not bite the hand that feeds one, after all. However, the EU can only threaten to withdraw the money if it is prepared to help. If not, other Islamic states, with other priorities, could jump in.