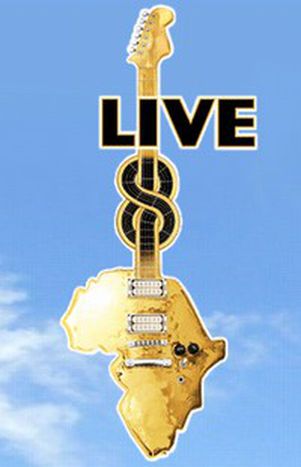 Can Live 8 cure apathy as well as Africa?

Nearly 20 years ago, Live Aid raised millions for famine victims in Ethiopia. On July 2, Live 8 in London, Philadelphia, Paris, Berlin and Rome will kick off, culminating in a march in Edinburgh to coincide with the G8 summit meeting at Gleneagles.

Whilst 1985 was about raising money for Africa, 2005 is about people in the First World showing solidarity with those in the Third – yet amid the announcements, apathy has already been raising its ugly head. Over the coming weeks, the problems of Africa will seldom be from our TV screens, but hopefully Live 8 will cure more than just Africa, it will make people feel politically inspired once more.

Fighting the tide of political apathy is arguably as difficult as solving the problems faced by Africa, as European society remains cast adrift in a sea of selfishness, cynicism and ignorance. Since Bob Geldof unveiled plans for Live 8 last week, TV and radio phone-ins and Internet message boards have abounded with such sentiment. Many concede that Live 8 is for a good cause, but are concerned about the disruption that any marches it inspires may cause. Others say “why bother”, for it will not change anything, or suggest that rather than inconveniencing the general public, rock stars, if they care so much, should give half their wealth to the cause. A minority even suggest that we Europeans should not be concerning ourselves with problems elsewhere in the world and many have criticised Geldof for calling on children to “give up school for a week” to join the protest. These arguments are about as intellectually complex as spending ten weeks a year watching a group of people locked in a house, but with public opinion like this it is little wonder why so many, especially the young, feel so uninspired. Politicians are often cited as a root cause of apathy, but this time they are apparently keen for change, as shown by Blair’s call to cancel African debt and double aid to the continent.

Everybody can change the world in a small way

The fact remains that the more people that get involved, the more we can change. Do not let the cynics and nay-sayers hold sway and not let your voice be heard. History is full of examples of people standing up for what they believe in – from the Suffragettes to the Ukrainian Orange Revolution, ordinary people have managed to change the world they live in. The coming weeks give us, the Eurogeneration, the chance to add another example to this list. The young should get especially involved: this is our world and our future and it is imperative that we have an opinion and show that we are prepared to air it.

Twenty years ago I was four years old, yet the images I saw of Live Aid and of famine in Africa remain vivid to this day. If we can inspire people over the coming weeks into standing up, getting involved and making their voices heard then it will not just be the Third World that may reap the rewards, but European society at large.