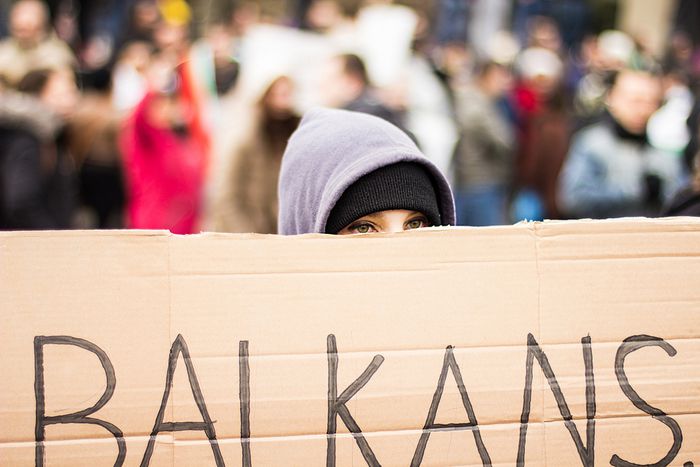 Can leaders of Bulgaria and Slovenia be ousted by summer?

That is what happens when you combine economic hardships with a corrupt political elite, a dose of populism, some austerity measures and a highly disillusioned population that perceives it’s been duped. Mass protests continued in Bulgaria on 25 February

In 2012, BBC Newsnight’s economics editor Paul Mason wrote a book on what he called Why It's Kicking Off Everywhere: The New Global Revolutions, attempting to explain why ‘these revolutions’ are ‘kicking off everywhere’. Mason’s book covered the countries that were making headlines at the time, outlining the causes and consequences of political turmoil in Egypt, Britain, Greece and the US. Far from being just a tumultuous year worth documenting, 2012 was marked by hardships and grievances that sparked these revolts, and continued to spread discontent like wildfire. In Europe, 2013 poses the question of 'why it’s kicking off everywhere' across central and south-eastern Europe.

In Slovenia, the profiteering of a private company in Maribor sparked outrage that quickly developed into a sustained movement against a corrupt political elite in November 2012. In Bulgaria, the situation was practically identical in early 2013. Resentment over high and speculative energy prices led to the occupation of space within the proximity of the companies held responsible. The protesters’ anger was soon directed at their country’s corrupt politicians. Bulgarian citizens from Eagle’s Bridge in Sofia and the city hall building in Varna continued to protest even after they forced the resignation of the ‘mafia’ (an apt assessment considering allegations of prime minister Boiko Borisov’s ties to organised crime). Even the slogans are the same in both countries, which saw their protests become violent and bloody as conflict broke out between demonstrators and police.

Despite the similarities, the reactions of the Bulgarian and Slovenian leaders could not have been more different. The Bulgarian prime minister resigned within a matter of days; his Slovenian counterpart still clings to power with teeth and nails, even after being labelled illegitimate by everyone from members of the ruling coalition (which has just filed a no-confidence motion) to the mainstream media. For those in search of the magic formula to oust a politician, the similarities between Borisov and Janez Jansa, together with economic factors, may provide clues to why both of these men will soon be barred from positions of power.

Populism, corruption and false promises are the order of the day when dealing with the two men. First elected in 2009, Boiko Borisov is a centre-right former mayor of Sofia, and the founder of the political party GERB. A former bodyguard, karate coach and policeman, he is known for his strongman appearance and populist political tactics. The Bulgarian PM has also been accused of maintaining shady business deals and avoiding due process in order to aid friends and relatives. While the country’s population seemed to bypass these and other accusations linking him to oil-siphoning scandals and trafficking in methamphetamines, it appears that the economic difficulties of the past several years have finally made Bulgarians say enough is enough. Wage and pension freezes have deeply affected the Bulgarian population since Borisov came to power, and most salaries in Bulgaria (360 euros a month) are less than half of the EU average. Many now feel that Borisov’s promise to ‘take revenge against the transition on behalf of the poor’ was nothing but empty rhetoric. 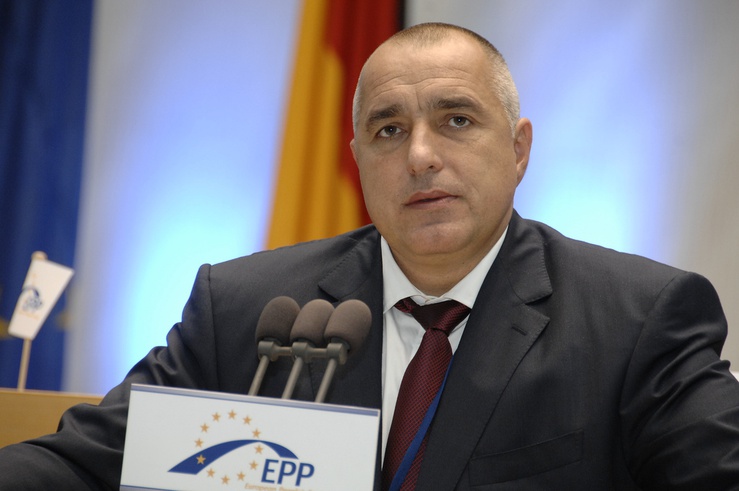 Meanwhile, Jansa has demonstrated a complete disregard for the democratic mandate in his country, using a plethora of excuses to justify his decision not to resign. The Slovenian newspaper Delo hails Borisov as a role model, while criticising the hypocrisy of Jansa's fight for power, highlighted by his former role as a prominent activist and champion of democracy in the 1980s. In 1994, Jansa issued a radical criticism of president Milan Kucan, who he accused of abusing his informal connections for subversive politics. Jansa's dismissal as defence minister that year inspired mass demonstrations in his support. It is ironic that less than a decade later Jansa himself is accused of corruption while in power. Similar to Borisov, Jansa’s political rhetoric has been described as radically populist. As in Bulgaria, hardships have led Slovenian people to call for an end to the corruption and hypocrisy of a leader who used to stand for something.

As in Bulgaria, hardships have led Slovenian people to call for an end to the corruption and hypocrisy of a leader who used to stand for something

According to Stefan Ralchev, a research associate at the Sofia-based think tank the institute for regional and international studies, economic difficulties are the single biggest factor in awakening the Bulgarian public conscious. According to this analyst, Borisov may have resigned with the aim of saving his party’s collapse before the July elections. In other words, by demonstrating his loyalty to the people’s will, he hopes to garner support and return triumphantly at a later date. Jansa has been left without the option of a heroic resignation, but if the economic problems of both countries are not dealt with soon, it is doubtful that either of these men will be in power come summer.

The author is a political scientist with a masters in central and south eastern European studies from UCL, London. Her primary research interests include the political history of eastern Europe (with a specific focus on the Balkans and the Caucasus), nationalism and the development of grass-roots social movements