Can Dolly help the fight against Diabetes?

Reproductive cloning, the process used to create Dolly the sheep, is still thought of as something out of a horror film. Meanwhile, progress into human cloning technology can hardly be stopped. 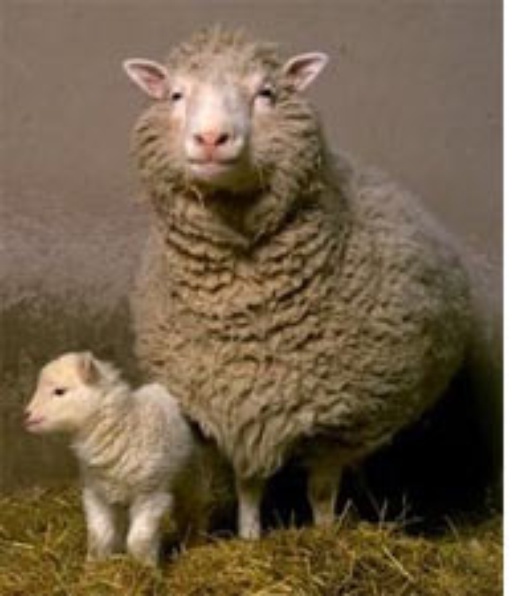 A medical revolution is within close reach: one day, a quarter of all diseases will be curable through the use of therapeutic cloning. This is according to the genetic scientists who are promoting the use of cloned human embryos for therapeutic purposes. Using this technology, scientists should be able to find cures for diabetes, Parkinson’s and spinal cord damage. In reality the practical application of this science is still a long way off and the ethical debate must first be addressed. There are still a large number of critics who are against any type of cloning, be it reproductive or therapeutic.

Is there moral obligation to allow cloning?

The main difference between reproductive and therapeutic cloning is the final objective. In general, while the objective of reproductive cloning is the clone itself, therapeutic cloning tries to separate itself from this objective. Most national legislation forbids the use of human embryos as a supply of stem cells. But in reality, it is not the production of embryos that the critics find especially reprehensible, but the “cannibalisation” of these embryos. For example, during a debate in the US Senate, the Democrat Jerrold Nadler argued “We allow abortion and we allow artificial insemination in which nine out of ten embryos are destroyed. Therefore we cannot tell the millions of terminally ill and injured people: die or stay paralysed because we think that a blastocyte or a clump of cells is more important than you”.

Critics of cloning, who see the clumps of cells as human embryos, associate their ethical considerations with technical and medical objections. After the first mammal, Dolly the sheep, was cloned in 1996 a series of successors (mice, cattle, monkeys, pigs and finally the mountain pony foal, Prometea) were observed. However, apprehension has grown rapidly since the premature death of Dolly at the age of six. It seems that cloned animals age faster than other naturally produced animals of the same species. In addition, half of all cloned animals have shown deformities in their hearts, kidneys and lungs. Not only the possible aberrations but also the low success rate – only one in a hundred cloned animal embryos is born alive – means that human reproductive cloning is as yet unthinkable.

However great the agreement is to forbid reproductive cloning, every further development in therapeutic cloning makes it harder to enforce a ban against it. In 2002 and 2003, the Raelian sect, which believes that humans are clones created by aliens, repeatedly announced that they had successfully created human clones. But no one believed them because the Raelians have refused genetic tests which would validate their claims. Dr. Severino Antinori and Dr. Panayiotis Zavos have also claimed to have created human clones.

There have already been two failed attempts by the United Nations to agree on a worldwide ban on reproductive cloning. This autumn they will again try to tackle the issue but a decision is unlikely to forbid the use of therapeutic cloning. However, there are alternatives to therapeutic cloning: specific cells can be cultivated from adult stem cells which can be harvested from bone marrow or umbilical cord blood. In addition, this allows scientists to “reprogram” cells; that is to activate some genes and deactivate other genes in already developed cells. National laws, in Britain for example, already allow embryos to be cloned, but only on the condition that there's no intention to let it mature into a human being.