Can a diverse football team inspire a more diverse France?

Just like the French flag has three colours, so too does its football team; sometimes described as “black, blanc, beur” – black, white and Arab. But is this diverse team of players proof of France’s multicultural society, or is such a dream really unachievable?

As this year’s memorable Euro 2016 tournament in France comes to an end, little mention has been given to the French squad’s notably multi-ethnic makeup. While the Front National (FN) and radical groups like the self-styled Islamic State (IS) are staunchly against the mixing of cultures, the unity of les Bleus flies in the face of their rhetoric. The racial Tricolore brings hope for a 21st-century convivencia [a society in which everyone lives together regardless of race or religion, Ed.] in France and the whole of Europe.

The idea that Muslims and Christians can’t live together is a mantra shared by both IS and the FN. The fact that such a diverse team plays so well together threatens their entire ideology. Although one could argue it is just a sports team, the French squad shows us what a civic society not limited by racial or religious boundaries might look like. As Al-Jazeera English editor Tony Karon writes, the "embrace of a multicultural French coexistence is anathema to [IS]."

It might sound like a stretch to claim that football genuinely reflects the identity of a community. Yet, at national competitions, teams become tied to our national identity. Colours, anthems, and stereotypical dress turn into a matter of pride. When else would you hear François Hollande excitedly cheer for men named Sissoko, Umtiti and Pogba? 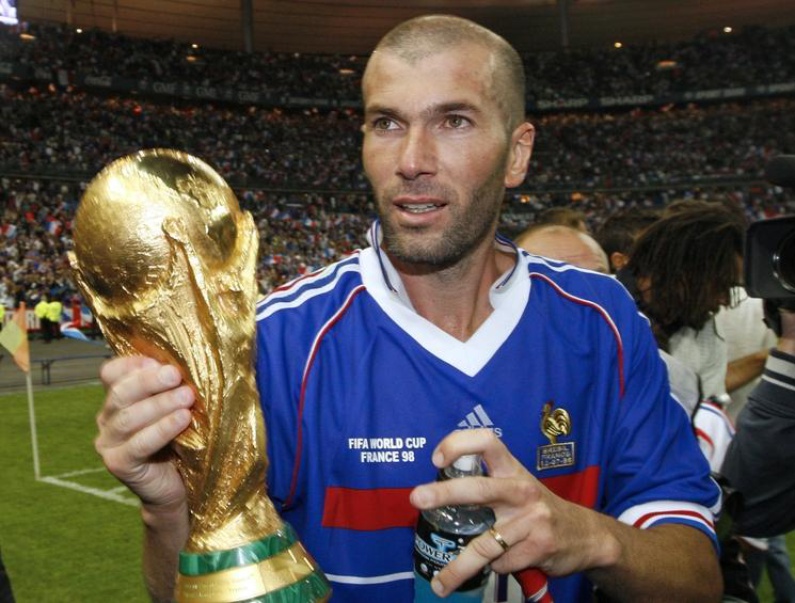 In light of the recent attacks across Europe, the particularly successful mix of les Bleus offers hope for successful integration, but also challenges existing notions of France’s attitude to foreigners. While football fans will celebrate every glorious victory, institutions work hard to make integration work off the pitch as well as on it.

“We love France and everything that is France,” Mamadou Sakho (who didn't compete for France in Euro 2016) told the Guardian in 2013. “France is made up of Arab culture, black African culture, black West Indian culture and white culture and we [are] a squad that reflects that multiculturalism.” Sakho and his team went on to celebrate by chanting the Marseillaise on the pitch, ridiculing the divisive statements made by Marine le Pen, who said the team "did not represent France".

This new France is not easy for all to accept. Both French nationalists and radicals like IS see a divided Europe, split into racial or religious sections, stuck in perpetual conflict. As Karon argues, IS did not target the Stade de France by accident during the November 2015 attacks. When they sent a suicide bomber there, the French team had five Muslim players, while another four were part of the German squad. IS has repeated urged its followers to commit acts of violence to divide Western society. To them, there is no greater enemy than a Muslim like Sakho singing the Marseillaise.

French and English players sing the Marseillaise together after the Paris attacks in November.

Eighteen years ago, during the 1998 World Cup, the then newly built Stade de France became a symbol of racial divide. Jean-Marie Le Pen, former head of the FN and father of Marine Le Pen, was first to declare the national team – which included Zinedine Zidane, Lilian Thuram and Thierry Henry – “not French enough”. Now they are household names, heroes who won the World Cup for their country. Their victory coined the phrase “black, blanc, beur” and showed football fans what a modern France might look like.

The Marseillaise quickly became a symbol of the team and established each player’s identity as part of the French nation. It is profoundly emblematic that the whole team, and all their fans, roared the anthem before each game during Euro 2016. It mirrored the desire in the country for a feeling of unity, which had been seriously undermined by months of living in a state of emergency following the attacks in Paris in November.

However, the French anthem also carries a bittersweet significance, as the cosmopolitan optimism of “black, blanc, beur” after Euro 2000 quickly subsided during the violence in the Parisian banlieue in 2005. It reminded the fans of the harsh realities beyond the few exceptional players on TV. As a result of this unrest, and the subsequent police brutality, some French players decided not to sing the Marseillaise over the following few years to signify their struggle with their own identity.

It is certain that there are those in France that do not see Islam or blackness as part of their nation's identity, yet still want to benefit from the contributions of France’s black and Muslim sons and daughters. It is equally certain that there are those who would rather see a divided country dominated by fear, crushing any chance of an open society. It will take more than football to change their rhetoric, but the French team is a sign of things changing for the better. Once the image of a diverse squad of players becomes normal in their eyes, it may be only a matter of time before the idea of a multicultural France becomes normal too.