Cameron has kicked the first Brexit ball, but it's landed on his own roof

Among the critical issues of immigration and Greece, an awkward dinnertime conversation was brought up at June's European Council meeting.  In a big show to reaffirm his commitment to redefining the UK’s role in the EU, David Cameron managed place his hot topic on the agenda, but all the initial hype faded into hot air and false expectations.

At the start, it seemed that David Cameron’s persistence would indeed prove to be a “significant milestone” in the reform proposals for the EU. Unfortunately for him, it doesn’t seem as if that will happen any time soon. His desire to keep the negotiation cards close to his chest to the point that even he can’t see them has forced him into public retreat (again).

With less than ten minutes dedicated to Cameron’s pressing issue, the UK-EU reform debate turned out to be a mere formality that was used to cool the air among a much heated migration discussion. No one said a word after his intervention apart from Donald Tusk, suggesting that officials made valuable use of such time to revise their documents on migration.

However, this time Mr Cameron did state that his intention of keeping Britain in the EU would be based on a process of “renegotiation that will seek a new and better membership for the UK. One that is in EU, but not run by it".  He has based the reforms around four key areas that he believes are crucial for the UK’s re-designed role in the EU.

- Restored sovereignty and an opt-out from an “ever closer union”

- Above all, Mr Cameron pledged for competitiveness and the common market to be "once again at the heart of the UK's membership in the EU"

His commitment to stay in the EU is now clearer, but the conditions under which he wishes to do so are not. I still get the impression that everyone - including himself – has no idea of what he wants or how he intends on getting it. 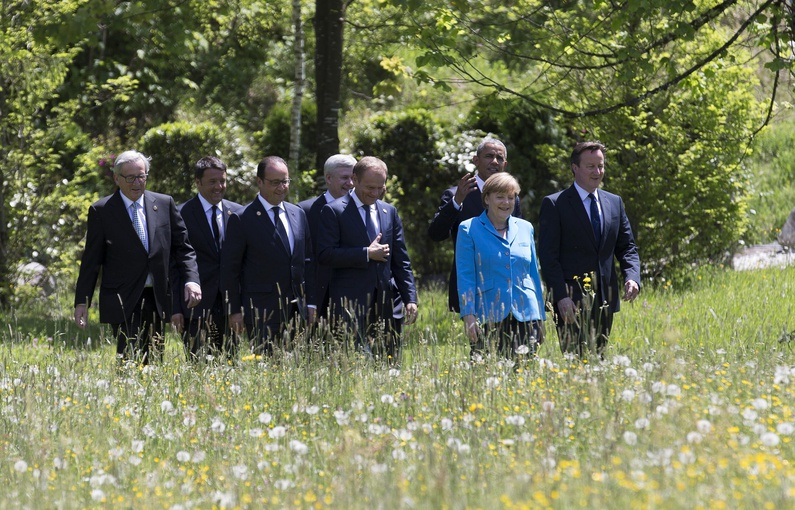 As late as January, Mr Cameron was demanding "proper, full-on treaty change”. Yet at last week’s European Council, admissions were made that the ratification of an EU treaty change by all 28 member states will not be complete by the time Britain votes on its in-out referendum of 2017. The PM has argued instead for an 'irreversible lock' and 'legally binding' guarantees that EU law will at some point in the future be changed to accommodate Britain's aims. Essentially a  'post-dated cheque’ that risks being undermined in a few years' time. There will be new heads of state that are currently not in power arguing that they did not sign up to that in the first place.

A weak renegotiation process lays the grounds for his Eurosceptic backbenchers to criticise the whole thing as flawed. At the same time a large shopping list of reforms keeps him at bay from potential dismantling of his proposals from EU members, but makes it hard for leaders who have expressed support, such as Angela Merkel and Matteo Renzi to help him. His reputation for vagueness will cost him either way. He is walking on a tight rope where the slightest trip could make him fall to one side or the other.

In any case, he will have to come up with something a bit more substantial the next time the issue is brought back to the European Council tables in December. If he wishes to speak for more than ten minutes, and indeed provoke an actual discussion among the EU representatives, he will have to bite the bullet. Whether he will is an entirely different thing, as he has proved so many times before.