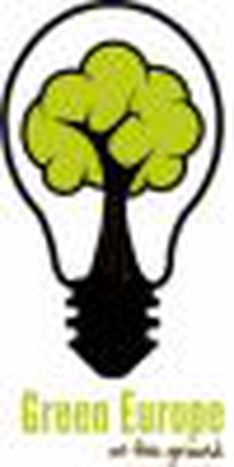 For the sixth year in a row cafebabel.com, the European magazine, is going ‘on the ground’ with monthly reporting missions. For the 2010/ 2011 year, it’s in the framework of ‘Green Europe on the ground’. What? 'cafebabel.com'' is a citizen media aiming to empower European citizens. We offer young journalists the opportunity to experience a genuine journalistic experience.

What you'll hear everywhere is something along the lines of: 'The disastrous outcomes of the last climate meetings have shown the failure of a global climate change policy. Time is running out '

...is where our generation comes in. Our generation needs to start thinking about another future based on stability and sustainability. Subjects we have already covered in the magazine include eco-fashion, organic food, carrot mobs, urban gardening, green city projects - our lifestyle changes with an increasing conscience of the environmental crisis. Is Europe a leader or a loser in green issues - that’s the question we will tackle together.

We are organising a series of ten feature editions and debates with a critical perspective on close-to-the people green actions all over Europe. This project was kicked off in the magnificent Istanbul, where our local city teams from across the continent were introduced to the topic.

Our hosts with the most are:

Plus a huge welcome to one of our newest teams, cafebabel.com Ljubljana

FIVE reporters from the cafebabel.com network are welcomed in a European city by one of these kind cafebabel.com local teams FOUR days is the challenge: arrange interviews, conduct investigations, reveal the green of Europe's cities

Meanwhile, the local teams will treat themselves with cafe shots over a debate on the green subject with guests from civil society and opinion leaders in their country. Follow the debate's programme on the cafebabel.com cityblogs. Publishing your article: back in Paris

Back home, our editors will edit and publish the translated articles on cafebabel.com.

Are you in? Fill in the registration form!

This project has been funded with support from the European Commission. This article reflects the views only of the author, and the Commission cannot be held responsible for any use which may be made of the information contained therein.