cafebabel.com is proud to announce we have won the European Label of Languages 2012. The annual award recognises innovative language-learning initiatives, which favour both the teaching and use of languages via unique methods.

The jury consists of national agencies across France who are in charge of the European programme for lifelong learning and education programme, and the prize is discerned by 'Europe Education and Training in France' (l’agence 2e2f).

This is our fourth prize in eighteen months and one especially dedicated to our translators and writers from all over the continent. On a daily basis, our six 'language editors' from Poland, France, Germany, Spain, Italy and the UK are in charge of commissioning, selecting and editing articles and translations across their six languages before publishing everything onsite. All of this content comes from volunteer contributors. 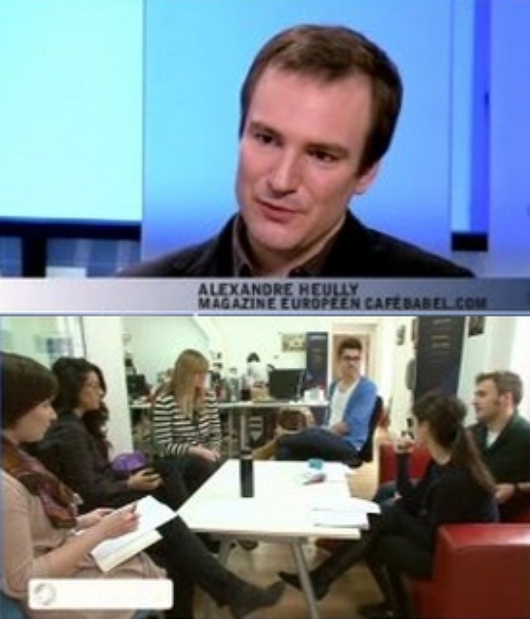 cafebabel.com's development office Juliette Addari will be picking up the prize at a special ceremony in Strasbourg on 13 December. 'Accents of Europe' (Accents of Europe),  programme which runs on the national radio station RFI, will be screening a special edition dedicated to the award-winners on 14 December.

If that's not enough, you can also join us for our weekly editorial meeting; cafebabel.com editors were interviewed and presented in a little televised short screened on TV5 Monde on 8 December, for the programme 'Seven Days on the Planet' (7 jours sur la planète). Executive director Alexandre Heully also made a personal appearance on television to thank everyone for their hard work.

Multilingualism is our soul and without you all, none of this experiment would be possible. Bravo!