cafebabel.com: last survivor of first ‘Green Europe on the Ground’ in Budapest 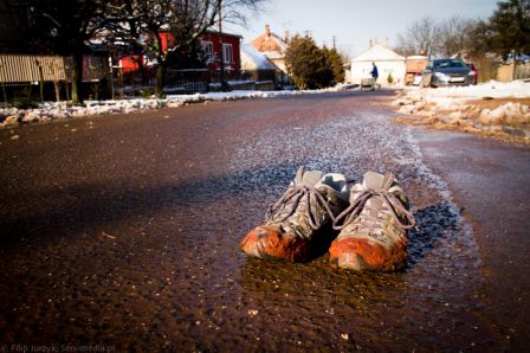 These are the victims of cafebabel.com’s first venture into our ‘Green Europe on the ground’ in Budapest, which saw five journalists (of Polish, French-Iranian, Spanish and Serbian nationalities) from cafebabel.com’s network in the Hungarian capital between 25-28 November 2010. But when two of the journalists went to one zone flooded by the toxic flood disaster, they didn’t count on two soldiers telling them at the end: and now you’ll have to give us your shoes, they’re contaminated. They came back in the wellington boots that they were supposed to have been given before they entered the zone…one more for the cafebabel.com refund expenses sheet, we think!