This year Cafébabel is a partner of YO!Fest. This latest and 5th edition will take place from May 9 to 11 in Strasbourg, and will be part of the European Youth Event (EYE 2014). This is an opportunity to examine the key issues affecting young people during discussions, activities and workshops run for and by young people. 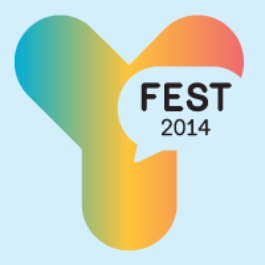 YO!Fest is a Youth Festival. It is organized annually by the Eu­ro­pean Youth Forum. A mixture of political debates, workshops, live music and other artistic performances, YO!Fest will mobilize young people and youth organizations across Europe for the 5th year running.

This year, the YO!Fest programme will include a Living Library on the issue of discrimination organised by the Council of Europe, circus performances, games and YO!Shake - a show of participatory dance. YO!Talks will be an opportunity for young people to think about organising workshops and discussions on a wide variety of topics: the "European values", discrimination, entrepreneurship and volunteerism within EU policies, media training, youth work or sustainable development. Before the European elections , the YO!Fest will be on an even larger scale this year, and will be an essential part of the European Youth Event - EYE 2014 organised by the European Parliament from 9 to 11 May, 2014 in its premises in Strasbourg. The EYE 2014 will bring together over the course of three days, between 5,000 and 8,000 young people from across Europe. They will have the opportunity to meet, discuss and debate "Ideas for a Better Europe" around five main themes: Youth Unemployment, the Digital Revolution, the Future of the European Union, Sustainability and European Values.

The European Youth Forum organises YO!Village around the European Parliament. This will be a lively space, where YO!Fest-goers will find a wide range of interactive activities run by and for young people: stands, political debates and workshops on the five core themes, a " Living Library" organized by the Council of Europe, artistic performances such as dance, circus, theatre, street art, live music, sports activities will be offered, as well as informal discussions at the YO!Café. The YO!Fest will also organise activities within the European Parliament with debates bringing together young people, politicians, and decision makers.

For more information about the programme, visit www.​yofest.​eu.

Over the two nights of the event, there will be live music. On Friday evening an outdoor concert organised by the European Youth Forum and the City of Strasbourg, will be open to the general public for free, with the presence of headline acts Asian Dub Foundation and La Fanfare en Pétard. On Saturday night the Rhénus Nord will see YO!Fest-goers dancing all night to the best European electro/pop/rock tunes. Confirmed artists are Puggy, DJ Falcon - collaborator with Daft Punk on a Grammy winning album - and DJ Riva Starr. The winners of the Emerging Band Contest competition will have the chance to play during the first of the two nights. 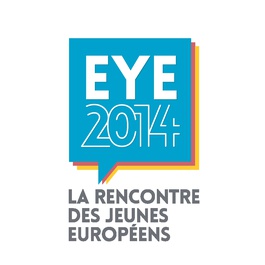 The EYE 2014 takes place in the European Parliament in Strasbourg, from 9 to 11 May. The European Parliament will open its doors to thousands of young people across the European Union. Participants will be invited to meet a wide variety of European decision makers to exchange ideas and views on issues related to youth, to bring new solutions to critical issues affecting young people. It will be an opportunity to experience the rich cultural diversity that exists within the European Union through the staging of various cultural performances. For more information, visit www.​eye­2014.​eu