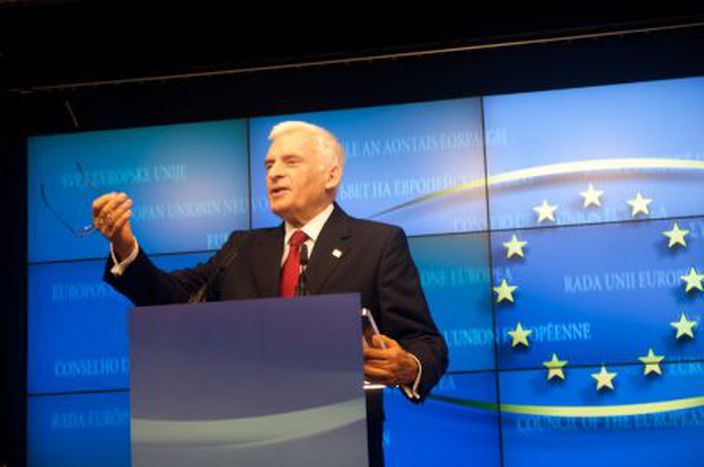 Buzek calls for the EU to stay united

By Eva Donelli, photo by Nikolas Konstantin President of the European Parliament Jerzy Buzek today opened the discussion on future treaty changes and calls for all EU institutions to stay united. “We are here on a Sunday morning to deal with the extraordinary economic and financial situation facing the EU.

In times of crisis we must come together and stay united: all EU institutions” said President Buzek opening the press conference at the today’s extraordinary European Summit.

President Buzek, speaking to journalists, underlined the need for the European Union to focus on rebuilding credibility and defined the crisis as “a crisis of confidence”, stressing the fact that citizens might not be ready for another round of reforms and referendum. "It is our duty to explain to civil society how EU is working hard in the citizens’ interests. “ he affirmed.

He also illustrated how some medium term strategies to boost growth have been successfully achieved with the so called Six Pack and the Euro Plus Pact, and urges for the EU to shift the focus to long term solutions, exploring the possibility of future changes to the Treaty .

Mr. Buzek announced that the three main issues to be tackled in today’s summit will be lowering Greece’s debt burden, the recapitalization of EU banks and the creation of a “firewall” around economies which are in difficulty, in order to prevent the “contagion” of other national economies.

"In the past 10 years we have achieved a European monetary union, now it is time to complete an economic union", the President concluded.