Business, Transgression and Vibrations: the secret of the Silicon Valley

The scent of the grass just cut tingles my nostrils when I get to Stanford, in the heart of Silicon Valley. The medieval-style cloister of the little square of this micro cosmos of 10,000 inhabitants – a real town with shops, pizzerias, A&E and fire fighters stations – clashes with the wi-fi and the entrepreneurial verve that reigns all over the campus.

Yes, since the secret of the success of this Knowledge Temple – that has given birth during the 70’s Arpanet, the ancestor of the Internet, and during the 80’s has welcomed students as the founders of Google and You Tube – is the symbiosis, hard to understand for an European eye, between the world of Business. It is sufficient strolling around the campus, sunny and warm, to spot on the board the ad “Google is currently recruiting programmers”, or a sign commemorating the funding for the classrooms of Computer Science by giants like Intel or Hewlett-Packard. 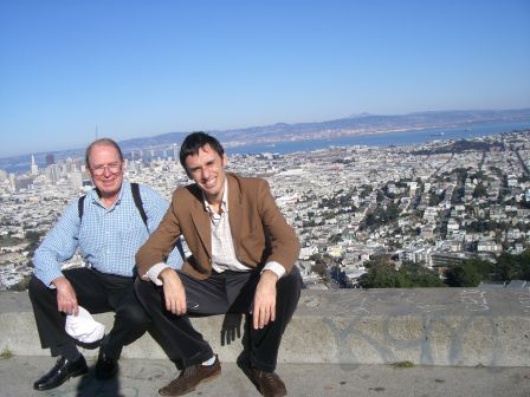 It does not have anything to do with Europe. Where the sense of partnership University-Enterprise is reduced to (fake) open days of orientation, internships not or underpaid and in any case without any future prospect, nepotism and so forth. But here in California it is not about altruism: the enterprises invest in thoughts, ideas, new visions. And often taking the risk of subsidizing projects without a clear economic interest. This is the case of Google, which did not have any business model at the very beginning. And this is also the case of a project that is kept top secret, (I will be talking about it shortly) a team led by an Italian researcher is working on. You can feel here the leak of brains. The temptations are strong to many French, Russians, and Italians I met here. Now I am back in San Francisco, the metropolis with which Stanford, like Palo Alto or Mountain View (siege of Google). Lively city: the energy comes out the earth often in rapid motion and rushes into the cathodes of this icon of the hippy and alternative culture: this explains a big deal…why it is here and not anywhere else that the economy of the future is thought and implemented. 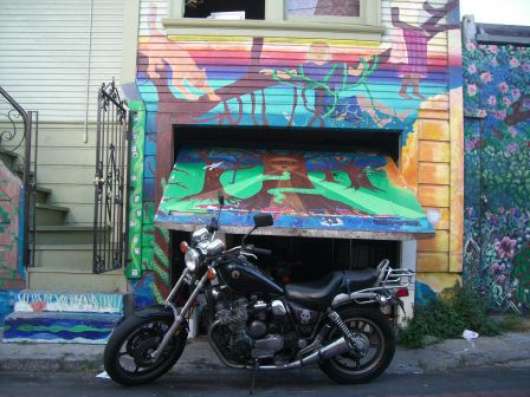 Pictures: before a breathtaking landscape I pose with my guide, a former diplomat that accompanies me all along this trip, Harley Davidson in the Latin borough Mission, in San Francisco too. Traduzione di Alessandro Moncuso.