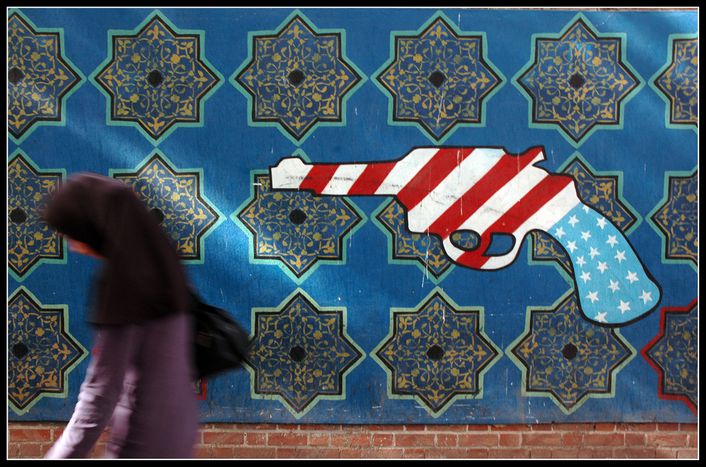 Bush and Obama's comments came ahead of Iran's official 'wait and see' statement on 15 January. Cynics boast that the president-elect has not enough authority to fulfill his promise of unconditional talks because of the traditional pattern of politics in US. As 'day one' approaches on 20 January, a young Iranian blogger paints the wider Iran-US picture

Iran is a geopolitically sensitive and influential state. Not only is it close to the world's largest enclosed body of water, the Caspian Sea, it is also the passageway of more than 50% of the world's crude oil in the Persian Gulf. Given its economic, political and cultural dominance over the region (it is also the world's seventeenth largest economy according to the IMF 2007 report of GDP per capita), it's not surprising that the Islamic republic is under perpetual global spotlight. 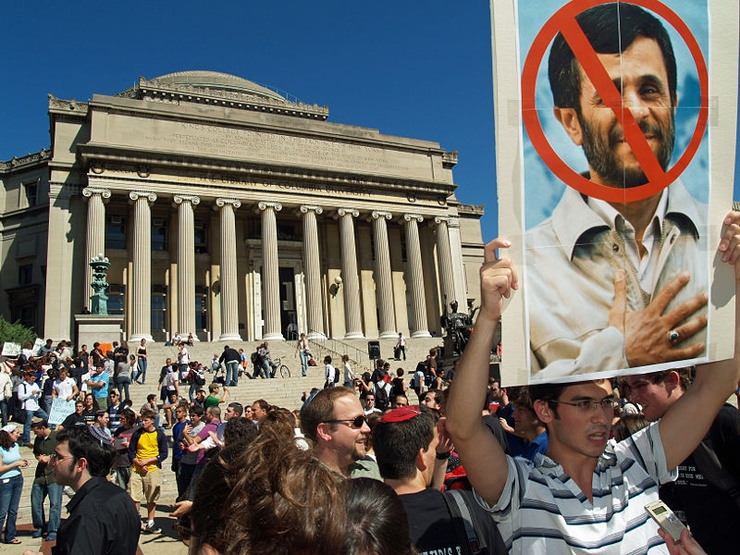 Iran and the 'east'

Iran never relinquished becoming a close ally and political colony of the US. Statesmen have disdainfully considered Iran as their reserved oil well in the Middle East. This notion has been repudiated by Iranians throughout history, specifically following the Islamic revolution in 1979, which was intrinsically based on an anti-American contemplation. Iran became controversial in the early eighties, when Iranian political leaders courageously publicised their anti-hegemonic criteria against America.

Following the overthrow of the American-backed Shah, Iran used to call the US and its European companions - including the UK, Germany, France, Italy and Belgium - entirely 'west' due to their unprecedented closeness and similar stance. It began to switch its approach toward the missed 'east' little by little. In the political literature of Iran, 'east' ideologically denotes the states which obscurely indicate signs of anti-imperialist or anti-capitalist tendencies in their foreign policy; China, Russia, Latin American countries, Greece and some eastern European states.

The eight years of outgoing president George W. Bush's incumbency was eight years of contempt and suffering not only for Iranians, but also for other non-aligned, developing nations. The aggressive and belligerent stance which Bush took against Iraq, Afghanistan, Zimbabwe, Rwanda, Syria, Venezuela, Bolivia and Iran during his tenure portrayed a warmonger and horrific image of this 62-year old Freestoner in Iran. He intensified the anti-Iranian rhetoric by propounding the dossier of attacking Iran because of their nuclear technologies, inflicting financial and academic sanctions and categorising Iran in the 'axis of evil', which was the most conspicuous aggression of Bush toward Iran.

Today, American citizens in Tehran express great hopes and penchants about the election of Barack Obama and policy over the next four years. Citizen journalist Bill Yontz praises Mahmoud Ahmadinejad appearance on CNN's Larry King Live chat show in September 2008 (see video below). In an email, American mother Kimberly says that she is arranging a two week trip to Iran once the new president is sworn in on 20 January.

A case for black and white

The first 'Black' in the 'White' House, as the headline for Iran Newspaper ran after election results on 4 November 2008, won hearts and souls. Obama is also popular in Iran because of his innovative slogans and anti-Bush mottos. From the Iranian point of view, his breakthrough is considered as a 'reform'. The betterment of political, not financial ties between Iran and Europe has always led to a major softening of Americans' approach toward Iran. Multilateral economic and financial ties of Iran with the US and Europe augmented; in July 2008, Britain's The Guardian reported that US exports to Iran had jumped dramatically during Bush's years in office, in spite of his tough rhetoric and the imposition of fresh economic sanctions.

US exports to Iran jumped dramatically during Bush's years in office, in spite of his tough rhetoric

Both countries will move toward the reconciliation and expansion of political ties, as they have already a batch of cultural and scientific relations. Moreover, it's anticipated that Obama is not going to reiterate the blunders of Bush in taking a hostile stance toward Iran and thwarting the process of Iran-Europe talks.