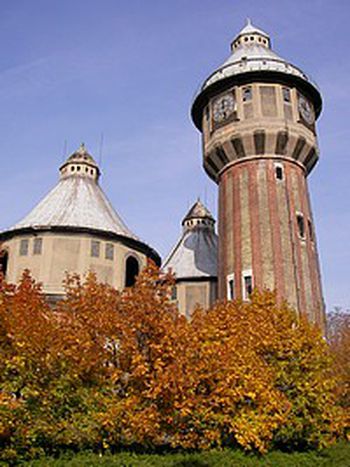 'Look at the water tower!' Imre Grf grips the steering wheel with his left hand and points with his right to a picturesque, red and white striped round tower. It rises up against the blue December sky of Budapest. At its base thick wild bushes are growing. It would be the perfect setting for the film of a fairytale.

Grf manoeuvres his car purposefully across the unmettled site of the former Óbuda gasworks in North Budapest. 'The pot holes are the least of the problems,' he confides. 'Everything here is in a bad state.' The buildings were put up between 1912 and 1914, when demand for gas in Budapest was high. Seventy years later, the buildings were out of date and production was suspended. Now they stand deserted on the banks of the Danube. 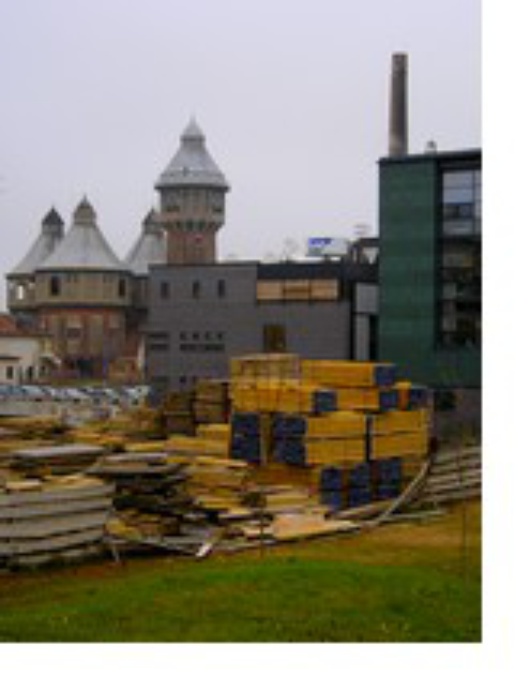 However, if the Budapest city big-shots get their way, that will soon all change. A new modern science park is in the pipeline. The Hungarian Museum of Technology could find a new home here, and hotels and restaurants could grace the Danube banks. Imre Grf, a brawny man in his mid-fifties complete with unimposing beard, wants to turn these plans into reality. He is the chief of the company Budapest Urban Development. Grf’s swish office is located at the entrance to the site. From here, he is trying to find investors willing to invest in the listed building. It is no easy task, as Grf’s only colleague is his secretary.

While the old industrial works hibernate behind a high fence, the future is advancing at an alarming rate from the south. Here the company Graphisoft is extending its software park in the southern half of the Óbuda site. Most of the park’s buildings have been built with a sober brick, interspersed with glass structures. In the canteen, Future Catering provides the young software experts with Hungarian specialities and energy drinks.

Graphisoft was founded in Budapest in 1982, and established itself quickly on the world market with its architecture software Archicad. Head architect János Kocsány is responsible for the park’s fate. 'We believe that good quality can only be produced in a good atmosphere,' he says, describing the idea behind the park. 'What’s good for us can also be good for other companies. For that reason we are offering them office space here.'

When the park’s developer blazed a trail into the future at the end of the nineties, they also came across the traces of the past. Kocsány shows us photos from the building works – skeletons and bones are visible, lined up in graves. 'They’re the bones of the ancient Romans,' he explains succinctly. Not far from the factory site lie the remains of the Roman settlement of Aquincum. 'Luckily we only found graves and no ancient buildings,' the architect says, appearing relieved.

And it is just this fact that makes Imre Grf worried. The former gasworks are located closer to the centre of Acquincum than the Graphisoft park. If ancient artefacts were found, they would be officially obliged to preserve them. And that scares off investors. Grf ventures pragmatically: 'If it’s needed we could build an underground car park, in which we can indicate to guests that old stones were found here.'

That’s not the only thing troubling the Hungarian. The city of Budapest has big plans – and little money. The state is unable to contribute, as its budget deficit is too large. All the same, the renovation of the old buildings will cost at least a few hundred million Euros. 'Our idea is that private firms will renovate the buildings and as a result, will retain the right to use them for a decade or more,' Grf says optimistically.

To attract investors, though, political stability is required. And there isn’t much of that in Budapest, given that the parties are currently irreconcilable. Local elections were held at the beginning of October, but it wasn’t until the middle of December that enough courage was mustered to elect the first of the mayor’s deputies. 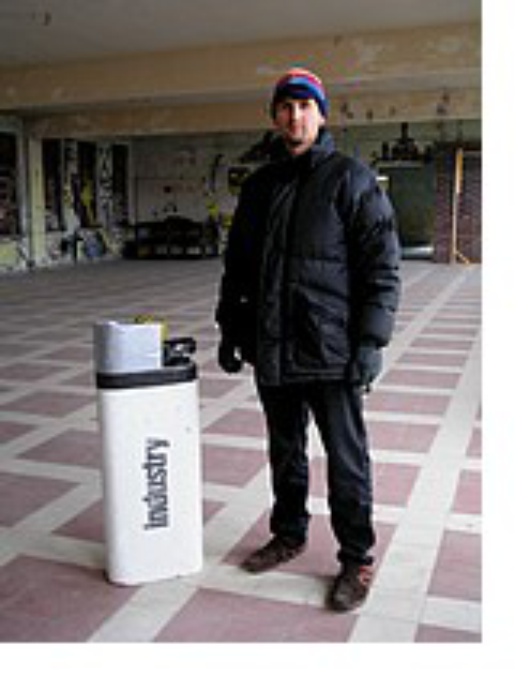 Aside from that, the buildings of the former gasworks are contaminated by heavy metals and benzol. 'In the Western Gasworks (Westergasfabriek) in Amsterdam, the contaminated material has been covered by a small hill, which has then been nicely landscaped,' reports Grf. He often visits similar projects across Europe to keep himself updated. The disposal of contaminated material from the Óbuda gasworks will easily cost four to ten million Euros, according to Krisztián Karácsony. He has devised a development plan for the site on behalf of the city.

Zoltan Balla has nothing like that much money. The graphic designer is one of the initiators of 'Tüzrakter', an alternative cultural project. Every summer a former research laboratory in the heart of Budapest is transformed into a space for parties, concerts and exhibitions. Artists from across Europe can realise their ideas here. 'This is where French artists have their puppet theatre,' Balla says, pointing to a large room. His voice reverberates in the building’s wide corridors. 'Tüzrakter stands empty during the winter. There are hardly any doors and windows. Here and there, bizarre artworks can be spotted: a hammock made from hosepipes, or a misshapen drinks bar made from cardboard boxes. 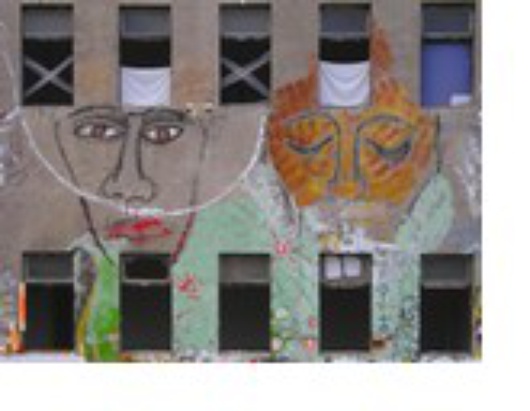 The organisers pay the rent for the site from the money yielded by the summer parties. But there is no kind of planning security. 'We sign a new contract every winter for the following summer, but we cannot be sure if we will be able to continue using the building next year.' Despite the unfavourable circumstances, Balla doesn’t want to change sites. 'A former laboratory is exactly what we need,' he says smiling. 'What we create here is also a kind of laboratory. But just one for artists.'

And even Imre Grf can see the positive things about his home’s inheritance – despite all the Roman ruins and industrial contamination. He pulls up the blinds of his office window and points towards the walls of the opposite building. 'The bricks of the window ledges are handmade,' he says and gazes proudly at the artistically designed façade. 'Things like that have to be saved.'