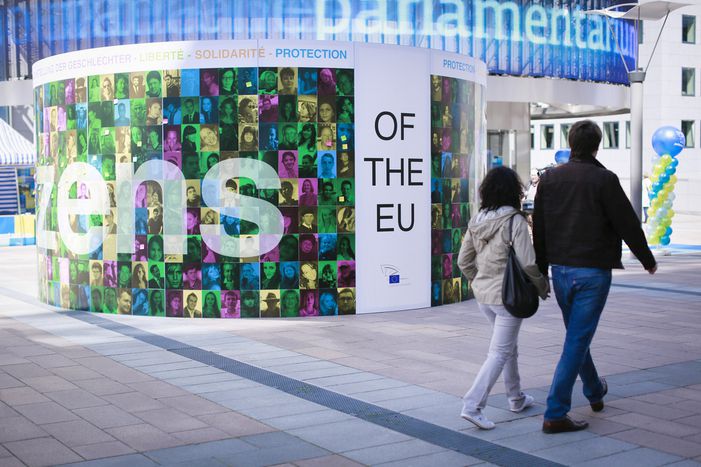 Building the next Europe on top of the crisis

The single institution that works as a drivning force for European integration today is the European Court of Justice. That is irony for you. So, what should the European parliamentary election in June be about? How about really investing in a political union? Or should the European Union become more driven by experts and less political?

We are at a crossroad, as it is hardly an option to just move on at the same pace as before. A number of member countries are really in dire straits in the economic crisis. Who guarantee that they will receive the needed assistance?

It would be difficult to use the Union as it stands, as the present treaty explicitly prohibits this. A member state cannot forward its budgetary problems to other members. The organisation that could do that would be the IMF- the International Monetary Fund.

Recently, Joschka Fischer, the former German foreign minister discussed that the European Central Bank ECB should start issuing EU bonds. Those bonds would create a debt for the EU, in order to get funds for relief. Fischer is proposing a huge step towards establishing a supernational government. If a political body can raise a debt, it is also close to being able to institute taxes to service its debts.

Besides the problems for governments bonds at the moment, one of the few potential buyers would be the Russian Federation. Russia has its fair share of problems of its' own, but the forceful expansion of Russian interests could mean that they would buy those EU bonds. Would this be a good development, particularly for the new member states?

So what is the solution? Leaving the euro and currency union? Not that probable. Will there be national bankruptcies? That would break the union in pieces.

There is a more difficult solution. More difficult because it requires reform of the European Union. The bureaucratic organisation of today, where the member countries confirm what the national authorities already have agreed upon is at a dead end. The only ones that could be charged with that authority would be the members of the European Parliament. This would mean that they would have to treat the upcoming election with a much more controversial stance, giving the understanding to the voters that European decision also require a heated debate.

In the end the ones that should increase their attendence at the elections are the politicians, especially at period in time when the nature of the European Union could be significantly changed.