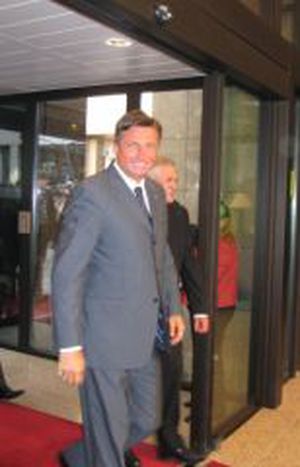 Building Bridges with the Danube Strategy

By Leo Wasley The European Council today endorsed the European Commission’s Danube Strategy which will see over €100 billion invested in south-eastern Europe. On the second day of the Council Summit, EU leaders announced their approval of the launch of the Danube Strategy which will seek to maximise and improve the use of the river Danube and the regions through which it flows.

As the EU’s longest river, the Danube is an important artery for 8 EU Member States – Germany, Austria, Hungary, Czech Republic, Slovakia, Slovenia, Bulgaria and Romania – along with 6 non-EU members (Croatia, Serbia, Bosnia and Herzegovina, Montenegro, Ukraine and Moldova). As it has done for centuries, it provides a vital transport route and proves to be central to many states’ economic development.

EU leaders (and many of their citizens) will be relieved to know that no new funding will be needed for this project as the €100 billion investment will come from existing funds designed for such regional and development projects. This may seem to some as a lack of interest in the strategy and in a region in need of investment on the part of the 27 Heads of State and Government, but in Brussels, officials will argue that the mechanisms in place to fund this project are sufficient and more pressing issues, such as the Greek debt crisis, need addressing first.

With this investment, the Danube region and its inhabitants will see significant developments in several different ways. There will be investment in the highways of the region including construction of new bridges and motorways while the Danube itself will be improved to make shipping navigation and cargo transportation more efficient. The strategy also seeks to fund research projects in relation to the Danube’s ecology and preserve its natural environment, yet how this can be achieved whilst developing the area remains to be seen. Through international cooperation, it is hoped the region will benefit from improved tourism and commercial opportunities while the regions’ inhabitants will benefit from closer relations both nationally and internationally.

The Danube Strategy is the latest macro-regional strategy the European Union has implemented, following that of the Baltic Sea Region . In its summit conclusions, the Council looked towards working on similar macro-regional strategies “in particular as regards the Adriatic and Ionian region” in the coming budget period (2014-2020). For Greek Prime Minister Papandreou, who leaves this summit to return to his parliament to try and pass tough austerity measures, such a development strategy won’t come quick enough.

Caption: Slovenian Prime Minister Borut Pahor will be pleased with the Council's approval of the Danube Strategy